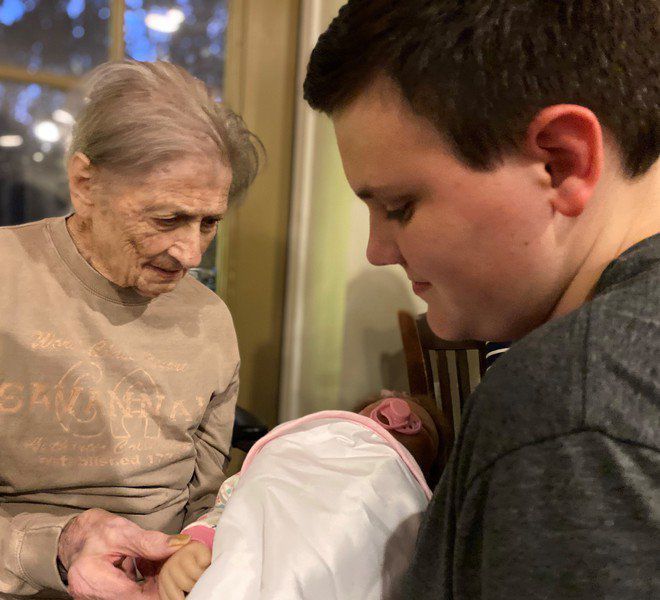 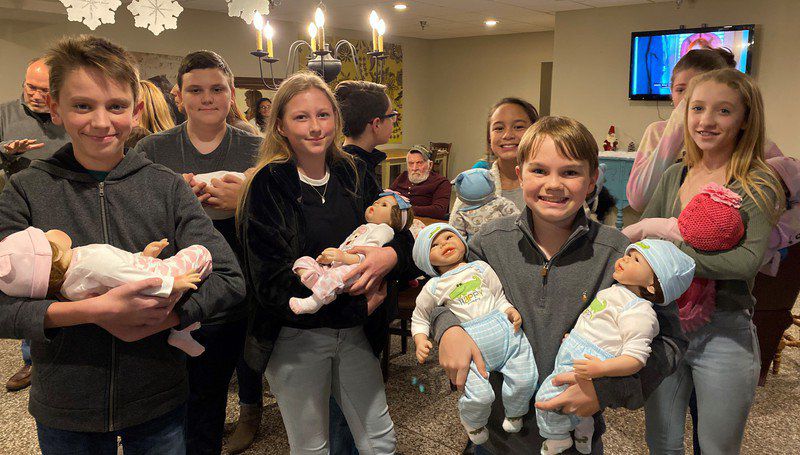 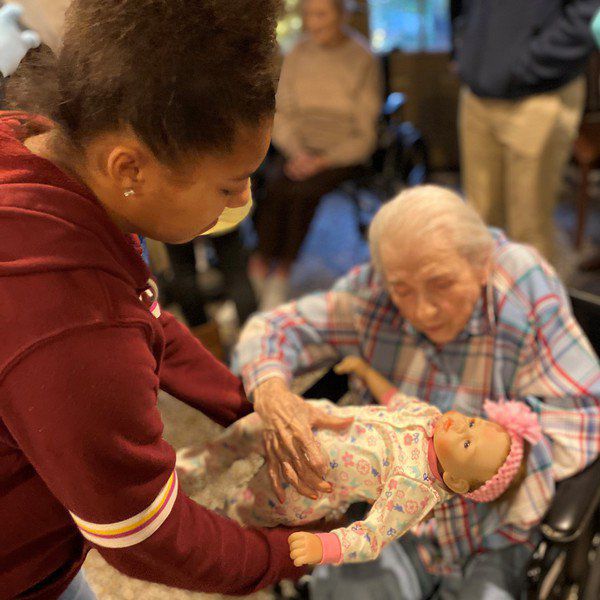 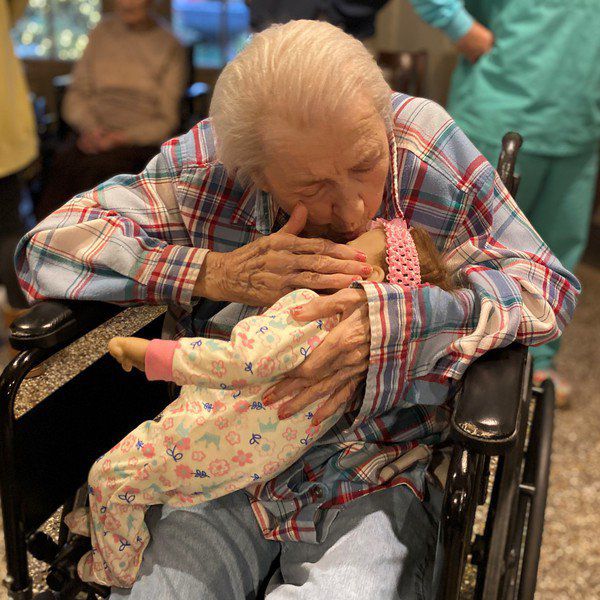 Inspired by the organization Pearl’s Memory Babies, the group raised more than $1,700 to purchase realistic baby dolls and stuffed animals for the residents of The Fellowship Home.

Students introduced the dolls in a therapeutic manner based on research, school officials said.

“Doll therapy has the potential to greatly improve the overall quality of life for those suffering from memory impairment disorder, such as dementia or Alzheimers,” said Ashleigh Kenny, teacher. “When the kids saw how simply a world could be made brighter, they were eager to make a difference.”

Upon arrival, the group of more than 20 students, as well as other adults from their school and community gathered for a quick overview of the memory ward. They then visited a group of several residents who had no idea they were the recipients of the memory dolls, yet most were eager to hold a baby, school officials said.

Residents could be heard laughing and talking to the babies as the students mingled with each of them.

The students hope to inspire others to provide dolls for even more individuals who suffer from memory loss, school officials said.

“It felt so good to make this much of a difference,” said Wyatt Weldon, a seventh grader who participated in both raising funds and delivering the dolls. “They became so much happier once they saw the dolls. Once they held them, they couldn’t stop smiling. We all left knowing that we were a part of something amazing, and I hope to do more things like that in the future.”