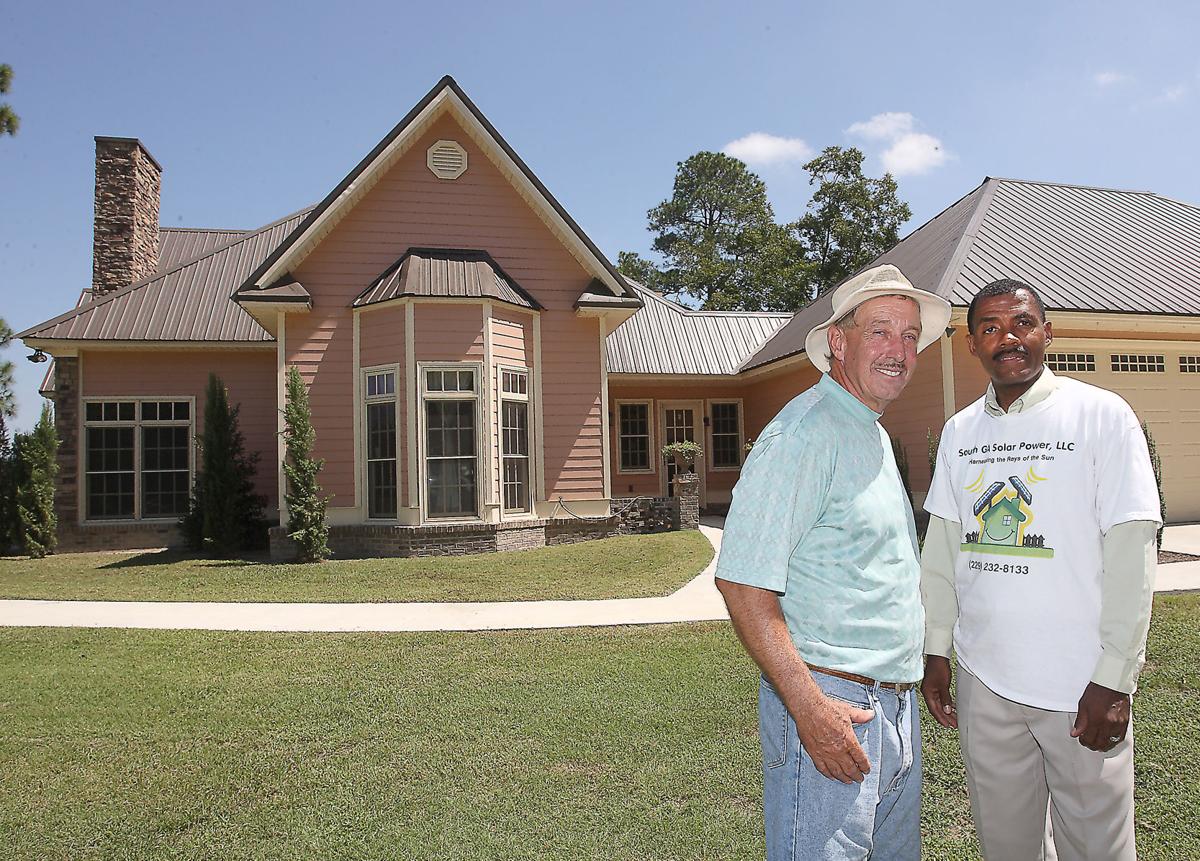 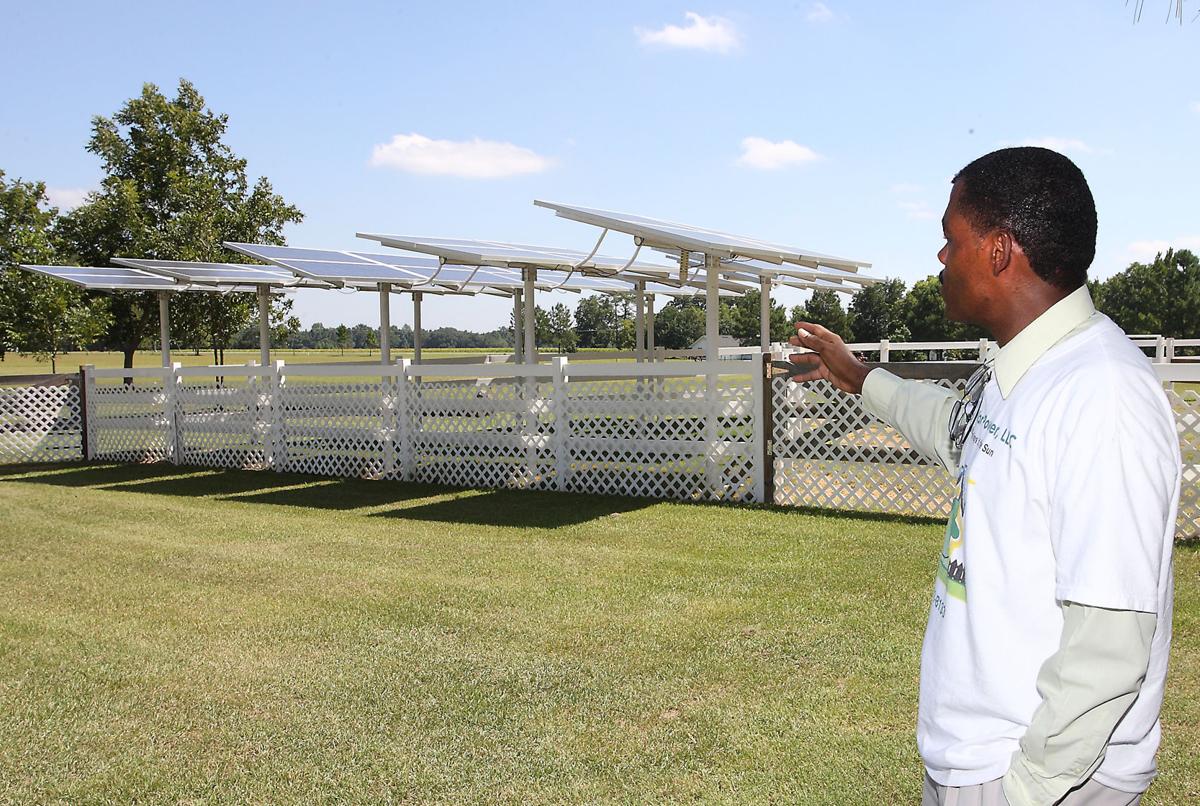 Ron Jackson Sr. of South GA Solar Power explains how much power is produced by the panels on a sunny day. 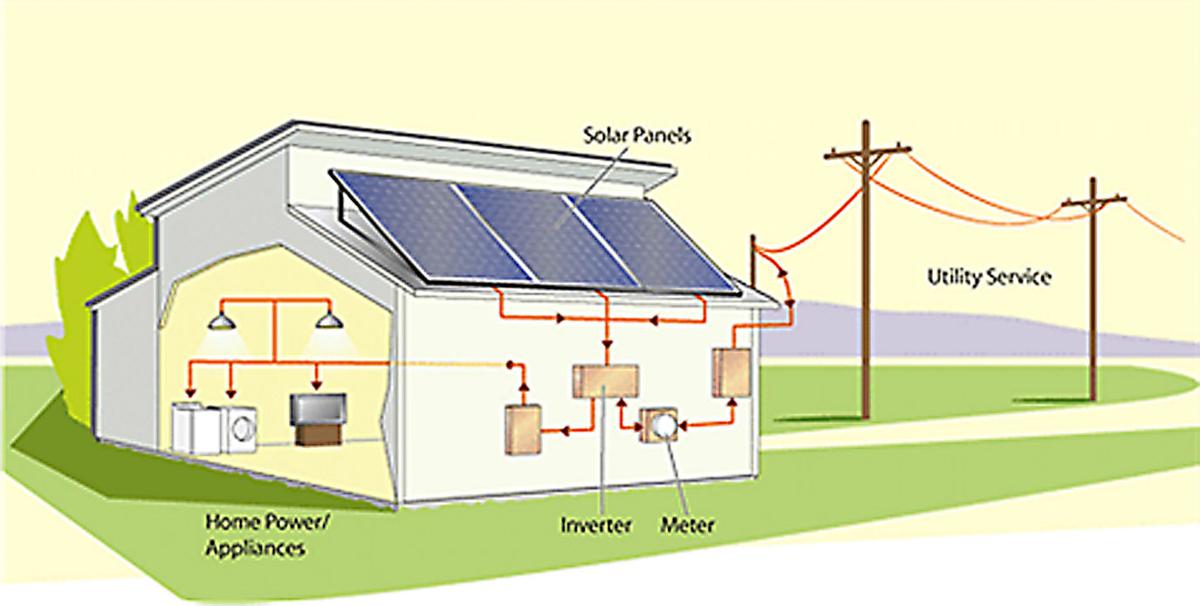 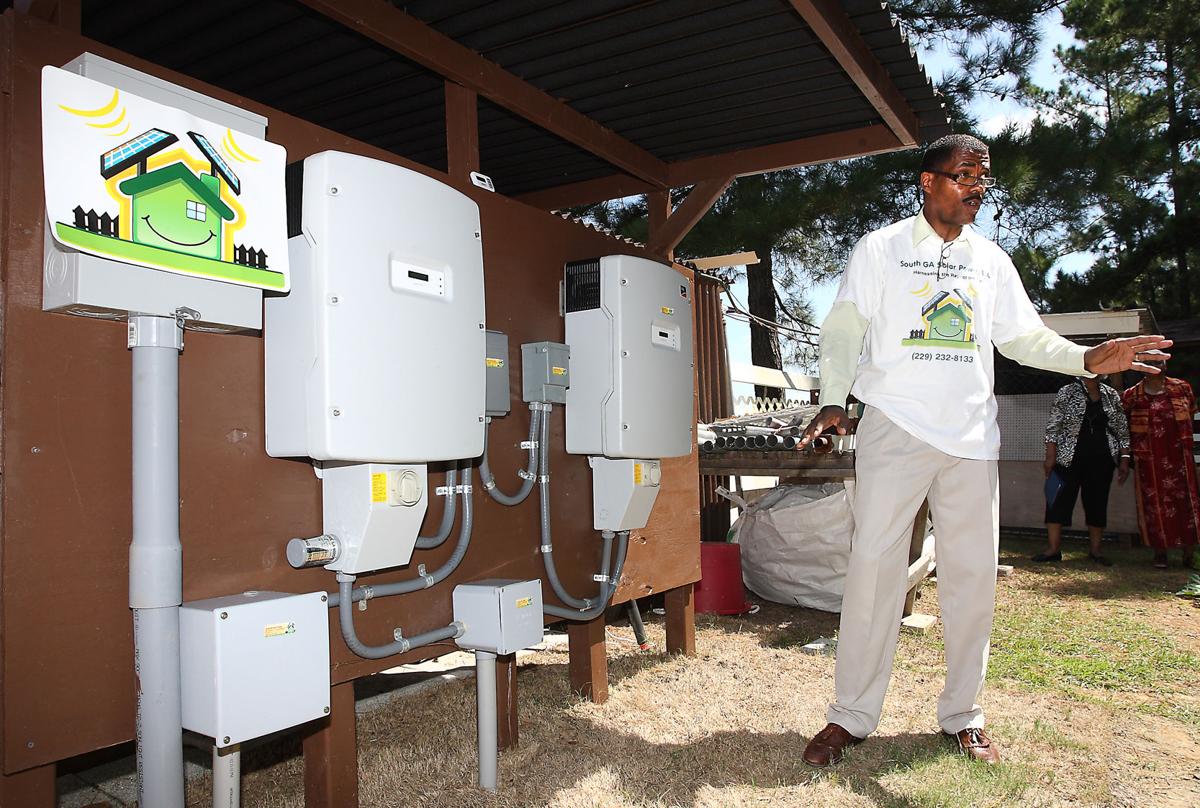 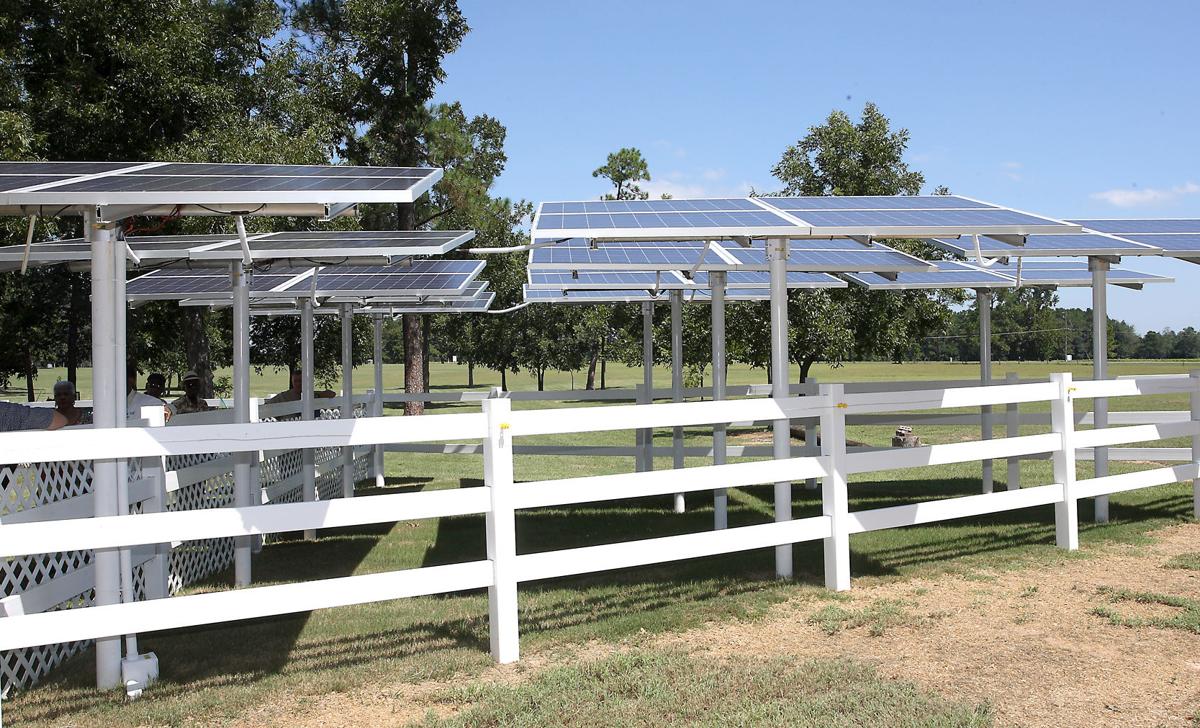 Pictured are the solar panels at Z.T. Wilkens III’s home outside of Hahira.

Ron Jackson Sr. of South GA Solar Power explains how much power is produced by the panels on a sunny day.

Pictured are the solar panels at Z.T. Wilkens III’s home outside of Hahira.

Wilkins opened his home to those curious about learning how the solar power system functions and the benefits of going green.

Built on 27 acres of land, the 3,600-square-foot home uses electricity to run such operations as fans, electric fences, a four-ton air conditioning unit, and a five-horsepower submersible pump.

Prior to having the solar panels, Wilkins’ monthly electric bill was roughly $350 a month during the summer. Since he has had the system installed, he has seen a decrease of about $250 a month.

Wilkins predicts his monthly bill to decrease substantially during the winter.

For the past three months, Wilkins, wife Janet, and daughter Taylorlyn, 2, have been living more of a green energy lifestyle out of their home.

Deciding he wanted to invest in his daughter’s future, Wilkins made the financial investment to have South GA Solar Power LLC install the solar power system.

The solar panels were constructed on poles in Wilkins’ back yard rather than on his roof.

“The heat waves on the roof reduce about 25 percent of the panels’ usage,” said Ron Jackson Sr., authorized dealer and installer. “The cooler the system is, the better it works ... They breath better, and you get a higher efficiency rate.”

Also, to be more energy efficient, Wilkins and his wife complete their daily tasks, such as running laundry, during the daytime hours.

“Everything runs on the grid during the day,” he said.

Because his solar power system is running on the grid, all the energy generated by the panels comes into Wilkins’ home.

“Anything left over is applied as credit,” Jackson said.

The credit received is then removed from the monthly electric bill.

During the event Thursday, Jackson spent the afternoon explaining how the solar power system is installed and how it can save customers money with their monthly electric bill.

“I am very grateful, and it humbles me that I can go out there and help people,” he said.

“If the attic does not have proper insulation, about 40 percent (of heat and air) is going right through the roof,” Jackson said.

By reducing the cost of heating and cooling, he said a homeowner’s energy bill will be cut in half.

Using the example of a $300 monthly bill, the company can reduce a customer’s electric bills by 80 percent, Jackson said.

Customers must pay for the solar power system up front but should be able to pay it off in five to seven years, he said.

“If there’s anything wrong within seven years, we’re here (to fix it),” Jackson said.

The panels have a 25-year warranty but require little maintenance. The system will possibly need to be checked once or twice a year to make sure it is functioning properly.

Located at 910 Williamsburg Drive in Valdosta, South GA Solar Power LLC is a residential and commercial solar installation specialist. It offers solutions for solar thermal systems, solar air cooling systems and solar photovoltaic systems and encourages everyone to “harness the rays of the sun,” saving the average homeowner 75-90 percent on their utility bill and the average commercial property owner 25-40 percent.

• The South GA Solar Power 5-kilowatt system can save customers between $100-$175 a month.