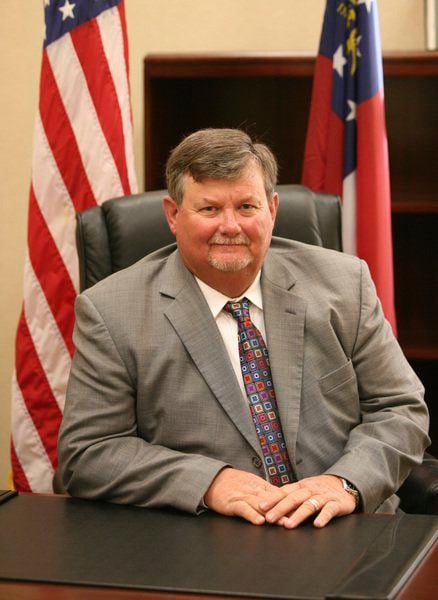 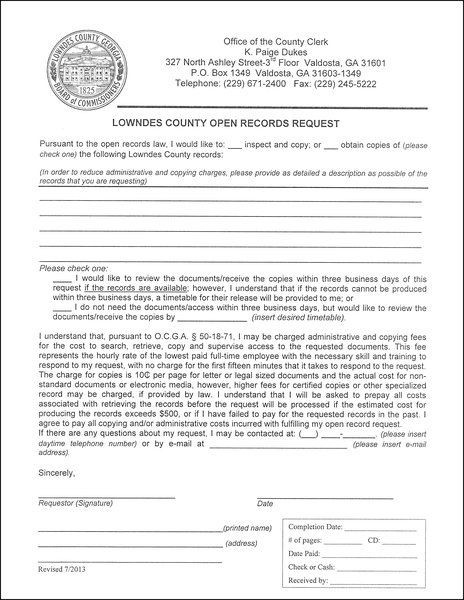 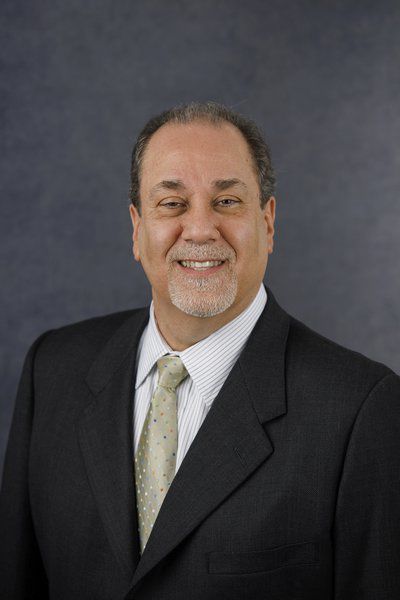 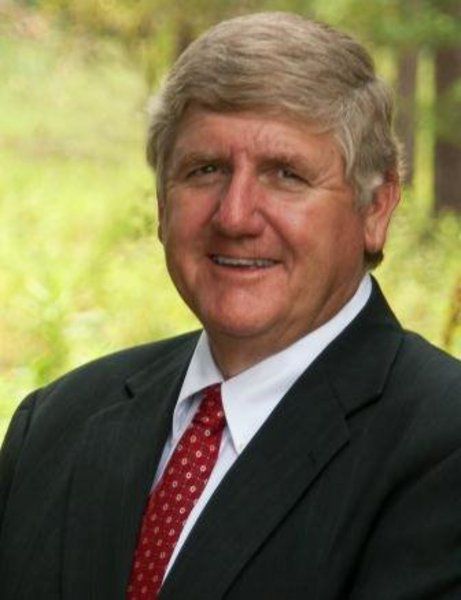 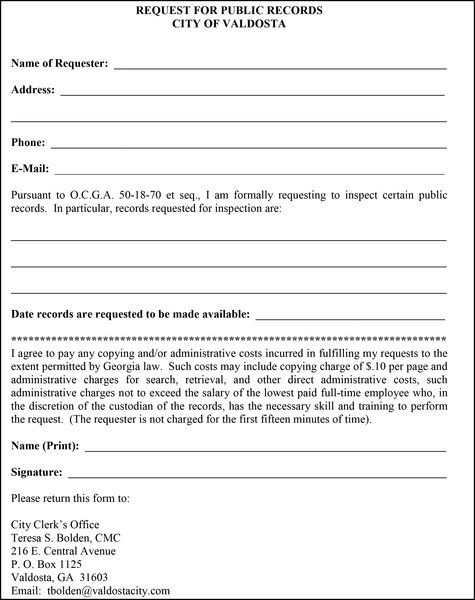 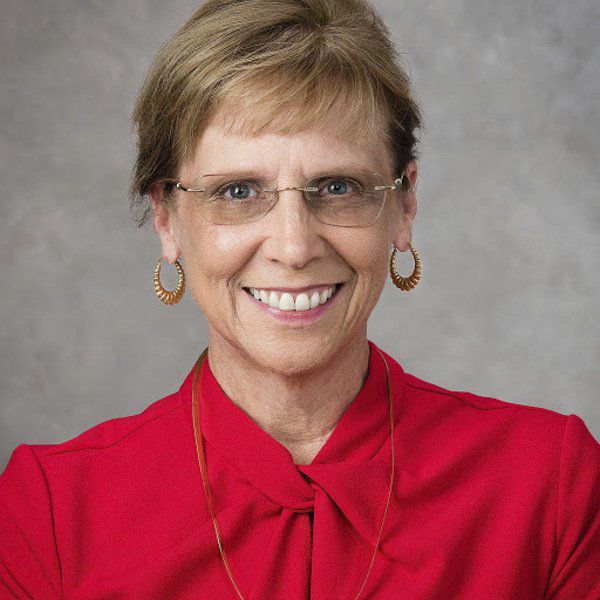 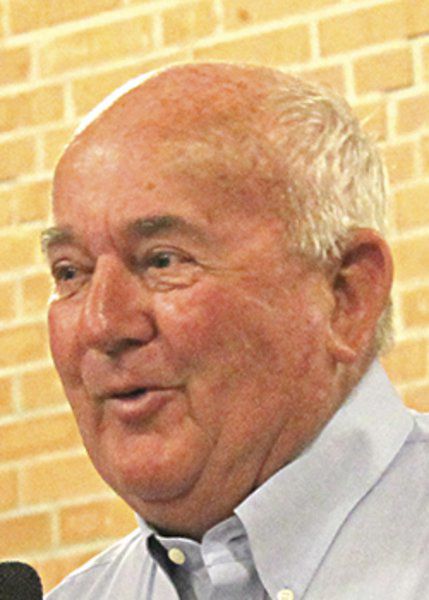 VALDOSTA — The Georgia General Assembly says, "the strong public policy of this state is in favor open government."

When the state adopted its current Sunshine Laws lawmakers said, "Open government is essential to a free, open and democratic society."

But that strong public policy has not always be adhered to by local governments.

In 1985, for example, Colquitt County Commission Chairman Bill Kennedy was indicted on seven counts of open meetings violations. “As a result of that, we’ve always been very serious about open meetings,” County Attorney Lester Castellow said.

Government transparency — the ability of the public to see what elected officials and government employees are doing — is a topic that local officials have to take seriously, or face consequences.

The SunLight Project journalists in Valdosta, Moultrie and Thomasville spoke to elected officials in several Georgia communities to get their insights on government operating in the open.

"Local and state government allow the taxpayer to easily research and hold officials accountable for how they spend taxpayers' money at all levels of government," said Karen Kelso, a member of the Thomas County Board of Education.

She referenced something said by U.S. Supreme Court Justice Lois Brandeis 88 years ago: "Sunlight is said to the best of disinfectants; electric light the most efficient policeman."

Kelso said with today's technology, Americans should have total illumination of what elected officials do and how tax dollars are spent.

"Clarity promotes trust, because it keeps everyone accountable," Kelso said. "Public servants owe information for your review. I agree wholeheartedly in this concept."

“Government transparency is important to ensure that citizens always know what’s going on and the government can never be sneaky or underhanded and do things without the citizens' knowledge. Every citizen needs to know about what their government is doing so that they can know who to vote for,” Colquitt County Commission Chairman Denver Braswell said.

“Government transparency is extremely important to me. One of the reasons I ran was because I didn’t understand the process, number one, and not understanding how everything works and it really aggravated me,” Braswell said. “That being said, now I see that it’s a lot more transparent than I thought it was, I just didn’t know where to look. I thought the work sessions were private. I didn’t know they were open to the public, and a lot of people still don’t know either. A lot of people come up to me and say, ‘I bet you make a lot of decisions in private in the back room.’ And I have to tell them no, all of our work meetings are open to the public by law. We advertise them and we invite the public to come out and sit in on them.”

Bill Slaughter, Lowndes County Commission chairman, said the county attorney helps the commission stay on target during executive sessions, when the public is excluded. In Georgia, most government agencies can only meet in private for three reasons: discussing legal actions, personnel issues and real estate transactions.

“If we are in executive session and the conversation wanders, the attorney will tell us ‘You can’t discuss that in here,’” he said.

All votes on executive session topics must be taken in public.

Some government agencies are reluctant to even gather for normal social functions because of transparency concerns, Slaughter said.

Thomasville City Manager Alan Carson said there is a benefit to being transparent.

"Government can perform tasks in the most effective manner when complete transparency is practiced," he said. "You have the trust of the people to allow you to move with what you need to do. Transparency is extremely important in creating trust between government and citizens."

Thomas County Commissioner Mark NeSmith's concept of transparency is residents knowing about how their tax dollars are spent.

"We are elected officials to serve a constituency," the commissioner said. "Constituents have the right to know. They put us in office to represent."

In Georgia, the right of the people to know what’s going on in government are protected by two major laws: The Open Records Act and the Open Meetings Act.

The Open Records Act guarantees the public’s right to see most government documents.

“Under the Open Records Act, a governmental unit can name an official to be in charge of the open records request and that’s the county clerk. We’re responsible for complying with it; if anyone has an objection, they can come in and enforce it. We have an obligation to comply. It’s always been my policy, that if you need information, even if it hurts, give it anyway. The worst thing you can do is withhold information. Once you start hiding stuff, it just complicates things, makes it worse,” Castellow said.

“In Georgia, you have constitutional officers under the county level: the sheriff, the clerk of the courts, the probate court judge are all constitutional officers. They have a lot of independence; the board of commissioners has no operational control of them. The clerk doesn’t have control or custody of the sheriff’s records. But they’ve always had a good relationship with each other about receiving open records requests,” Castellow said. “Every public agency has to comply, that even includes public authorities like the airport authority, planning and zoning commissions. The only state-level authority that doesn’t comply to the Open Records Act is the legislature.”

One problem that comes up with requests for government records is when someone makes an overly broad request.

“Sometimes an open records request is so broad we have to go back to the person who issued it to narrow it down,” Slaughter said.

“If someone came in and said ‘I want all your documents on everyone you’ve booked for marijuana offenses for the last 20 years,’ it would take forever,” he said. “Many of these people making broad requests don’t really know what they’re looking for.”

“If someone asked for all zoning documents for the last five years, it would take a lot of work," Slaughter said, "… If, however, the person making the request was really interested in all zoning actions along a certain section of U.S. 84, that would narrow things down and make the search simpler and faster.

“We can’t generate new documents (for open records requests),” he said. “We provide those that already exist.”

Many people also do not realize access to open records carries a financial cost; government agencies have the right to charge for making copies, Paulk said.

“Some people back off (of big records requests) when they realize it's not free at all,” he said.

Paulk said some people have even found a way to profit off open records access — at the expense of others.

He described the work of one website operator who makes a formal records request of the Lowndes County Sheriff’s Office every 72 hours for all of its jail booking documents, including mug shots. This man posts the mug shots to a website, then charges people money to take them down, he said. But the state of Georgia has made the practice of charging to remove mugshots from a website illegal.

“I think it's a form of extortion,” he said. “There’s not a week that goes by that we don’t get three or four calls from people wanting to know why we posted their pictures to a website, and we have to tell them it wasn’t us.”

One way the open records law aids law enforcement is it provides a sort of shield when someone seeks documents on criminal cases.

“If one side presents a formal request for available documents, we have to provide them,” Paulk said. “If someone comes along and complains ‘Why did you give someone else documents on my case?’ we can tell them that we were required to by law.”

Most documents on open, active investigations are exempted from public view, he said.

In addition to Terry Richards, Savannah Donald and Patti Dozier contributed to this SunLIght Project report.