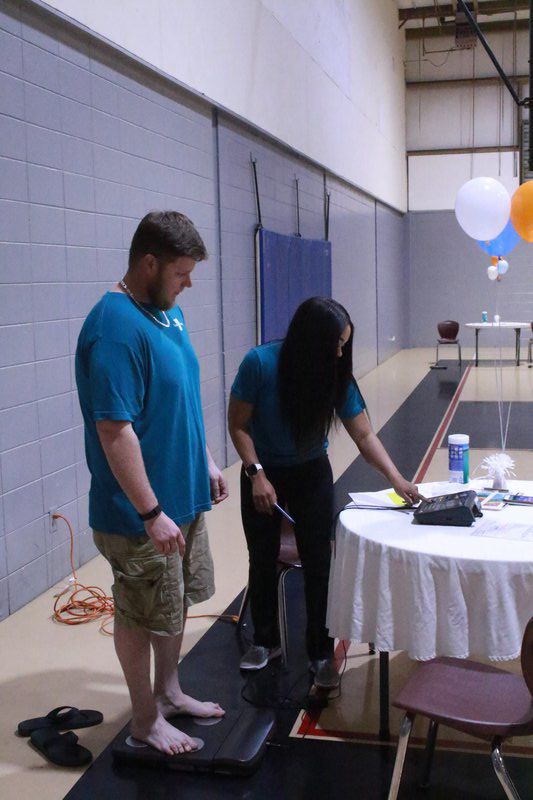 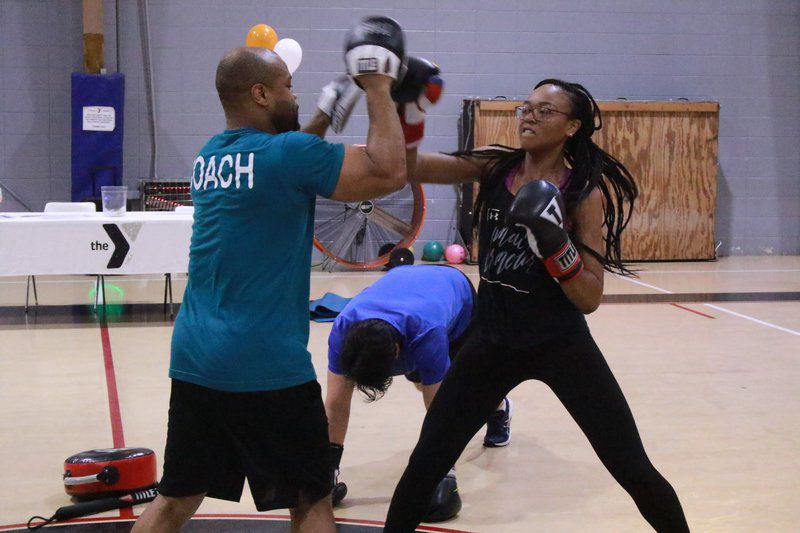 Hammond, a 27-year-old personal trainer and boxing instructor at the Valdosta-Lowndes County YMCA, wanted the energy to stay high during a boxing demonstration in the center of the gymnasium.

“You’re talking about a good workout, boxing cardio is that workout for you,” he said.

His demo was one of several stations littered around the gym. Each station displayed the various options available for competitors to choose from during the next two months.

The YMCA held its annual launch of its Team Lean challenge Saturday. Team Lean is an eight-week, community-wide, weight-loss challenge where community members battle to lose the highest percentage of weight. Valdosta and Lake Park YMCA facilities will host initial weigh-ins until Jan. 16.

Luke McIntosh, with his family in tow, came back to Team Lean because of his results last time. Participating a couple years ago, McIntosh said he lost some weight, but he has a bigger goal this go-round.

He said he gained those 20 pounds back and wanted to make sure he keeps it off this time. He said consistency is key.

“You got to keep working out," he said. "Last time, I didn’t do that, and I started getting big again.”

Keeping participants active after the eight weeks is important, but the YMCA does not want to pressure people, Rose Nimmo said.

Nimmo, health and wellness director at the YMCA, said the YMCA focuses on encouragement and its family atmosphere and does not want to bother people to keep coming in.

One way to keep people coming back after the challenge ends is savings. The $50 signup fee for Team Lean replaces the usual registration fee, so competitors do not have to worry about an additional cost outside of monthly dues should they continue exercising and join the Y.

“We have over 100 group x classes, so we try and show everybody that we’re more than just weights and a free weight gym,” she said.

The choice of multiple classes is one of the reason that brought Jelene Davis back to Team Lean.

Finishing tenth in last year's challenge, Davis lost 20 pounds but did not maintain her same regimen after it ended. She said she appreciates the event repeats annually and brings people back into the gym.

“I think it does help, but it’s like even if you do it for the two months and you kind of fall off, when it comes back around you’re like, ‘oh yeah, when I was doing it, I was feeling good and working out so let me try it again,’” she said.

Hammond is one of the main instructors of group x classes. He said he teaches the most classes at the Y, about 20 per week.

He mentioned that his boxing cardio class burns between 600 and 700 calories and can provide fast results. The workout can be intense, but Hammond said people return because they have fun and can release a little stress.

Hammond said his boxing therapy is a winning formula.