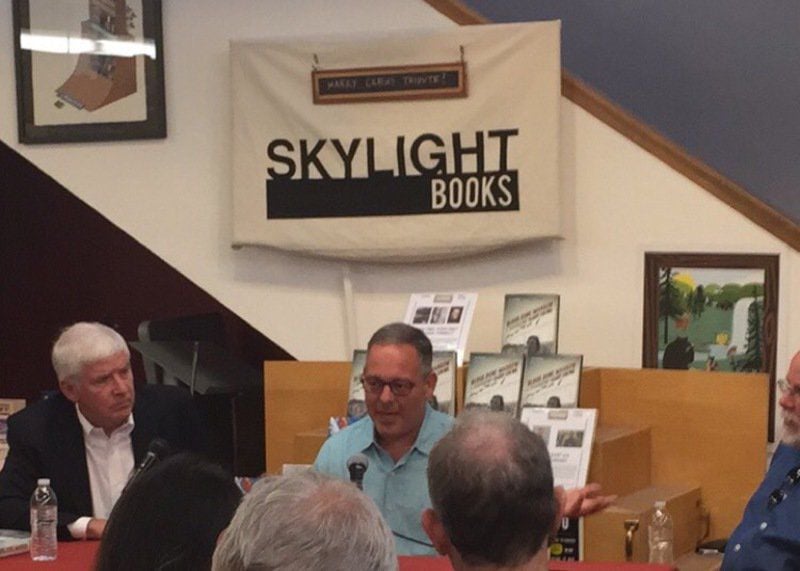 Gabe Burns | The Valdosta Daily TimesTed Geltner speaks during a book signing at Skylight Books in Hollywood, California. 'Blood, Bone and Marrow: A Biography of Harry Crews' is available now. 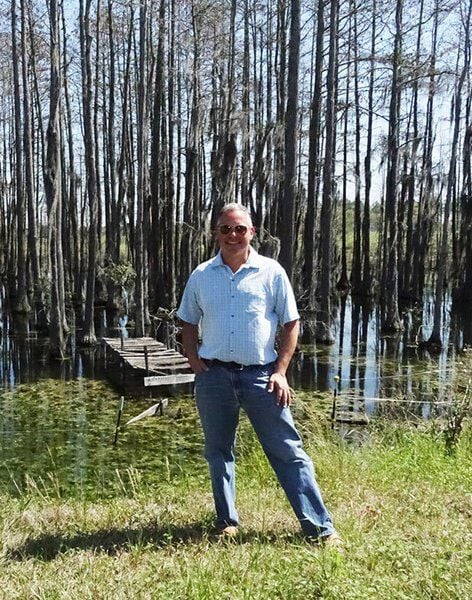 Photo and caption from www.bloodboneandmarrow.com.Ted Geltner at a roadside swamp in Enigma, the setting of Harry Crews’ first novel, ‘The Gospel Singer’ (1968).

Gabe Burns | The Valdosta Daily TimesTed Geltner speaks during a book signing at Skylight Books in Hollywood, California. 'Blood, Bone and Marrow: A Biography of Harry Crews' is available now.

Photo and caption from www.bloodboneandmarrow.com.Ted Geltner at a roadside swamp in Enigma, the setting of Harry Crews’ first novel, ‘The Gospel Singer’ (1968).

Ted Geltner has a lot to balance these days.

“It was cool,” Geltner said of writing the book. “Crews is always interesting. He’s a great figure in literature.” The book documents the late Crews, a writer, from growing up in Alma, Ga., to teaching creative writing at his alma mater, the University of Florida.

He was highly regarded for his literature, and well known for his “intriguing” personality, Geltner said.

While reporting for the Gainesville Sun in 2004, Geltner met Crews at the filming of the movie “The Hawk is Dying,” which was the first film based on a Crews book. The two built a rapport allowing Geltner to write numerous stories on Crews during the next several years.

“We became friends,” Geltner said. “I got to know him a little bit. That was the beginning of this project. … I spent a lot of time with him and he was always happy to talk. Whenever I needed to write a story, he was happy to be interviewed. Sometimes there was a catch to it: I’ll do this for you if you take me to the dentist, stuff like that.”

As Crews’ health declined, Geltner assisted as best he could; driving Crews to the bank or doctor. When Geltner accepted the VSU position, they kept in touch via phone. After writing an academic piece about Crews’ work, Geltner was approached by a university publisher with the biography idea in 2010. Crews agreed to help but passed away two years later from neuropathy.

“It was sad,” Geltner said. “It was a privilege to interview him. The interviews were even more poignant at the end because he knew any may be his last.”

In 2012, Geltner’s first book was published. “Last King of The Sports Page: The Life and Career of Jim Murray” is the biography of Murray, a Pulitzer-winning Los Angeles Times sports columnist. Geltner said writing about Crews differed from Murray, largely because he never met the sports writer. Murray died in 1998.

“It’s hard for me to know just how close I got on Murray,” he said. “(Knowing the person) is different. It puts a twist on it. There’s a different level of intimacy. I judge myself more harshly on Crews because there’s more pressure to get it right.”

“Every time you take up a project, it’ll have a life of its own,” he said. “Because of Harry’s personality, the research was different. With Jim Murray, everyone wanted to tell me stories. ... With Harry, some people didn’t want to talk, some didn’t want to say anything good. ... He was this crazy, hard-living writer. He was a great writer, but he also carried all this baggage. He was unpredictable.”

Michael Connelly, one of Crews’ former students at UF, provided the book’s foreword. Connelly was a Pulitzer finalist for the Fort Lauderdale News and Sun-Sentinel before moving west as a crime reporter for the Los Angeles Times. Three years later, he retired from reporting to exclusively write California-based mysteries. Geltner, a fellow UF alum, had connected with Connelly in previous interviews.

“I wanted someone who was a great student of Harry’s; who’s out there now and had success,” Geltner said. “(Connelly) jumped to mind, I got in touch with him and he was nice enough to write the foreword.”

Geltner started on the Crews biography before the Murray edition was published. While that isn’t the case this time, he said he has several ideas for his next expedition but it’s tricky because biographies are such a time investment. Managing duties as a writer, professor, father and husband is a challenging concept, but Geltner said discipline is key.

“I’ll set goals for myself,” he said. “You’ll get 10 pages done this week, even if you have to crank out nine of them Sunday night and throw them away Monday morning. I set deadlines for myself and find a few hours here and there.”

The Geltner book signing tour continues 2-4 p.m., Aug. 27, at The Bookshelf in Thomasville. More information can be found at www.bloodboneandmarrow.com.