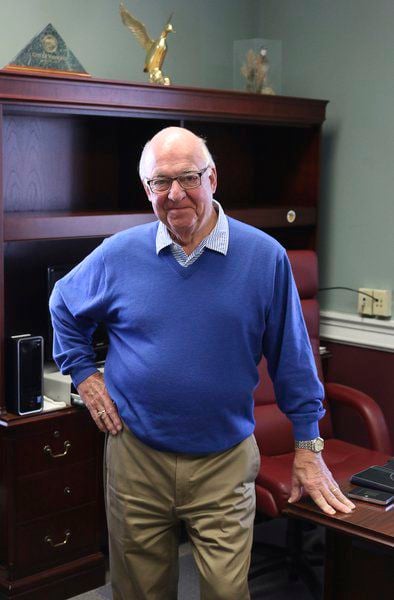 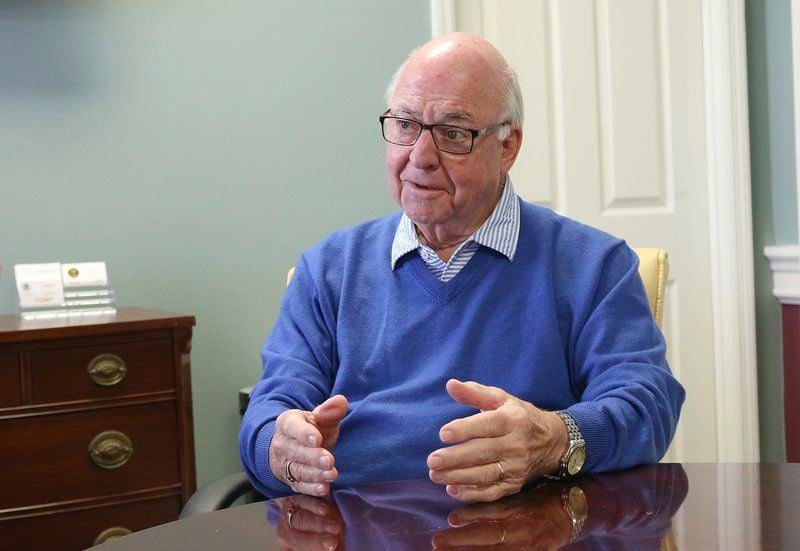 No tears are being shed. The mayor is just fighting a cold.

Sporting a blue sweater and khakis despite a surprisingly warm January day, the outgoing mayor of Valdosta sits days away from passing the gavel to his successor, Scott James Matheson, on Jan. 9.

Gayle sat down with The Valdosta Daily Times to review his eight years in office. In Friday business casual, he answered questions while stifling the odd cough or two.

The first thing he made clear was although he would inevitably talk about his time as mayor, he always keeps an eye ahead.

“I’ve always been one to look to the future," Gayle said. "I’ve never looked back at the past.”

Thankfully, the past was explored.

Gayle stays humble whenever asked about the things he accomplished as mayor. He said even in his waning days in office, he continues to learn. Modesty is a big reason why he sits in office, Gayle said.

“I think one of the reasons I was elected is because I admitted I didn’t know anything," Gayle said. "I had no agenda. ... I came in wanting to work.”

When asked about his proudest accomplishments, Gayle points to two things: workplace atmosphere in city government and economic growth.

Gayle said one of his first jobs when he stepped into office was to alleviate tensions in the city offices. There was a substantial amount of hate in and between city departments, so he wanted to address and fix those animosities immediately, he said.

The best way to fix hostility is through communication, according to Gayle.

“Everybody in the city knows that my door’s always open," Gayle said. "If they’ve got a problem, they can come to me and I’m going to advise them.”

“My advice is to listen before you speak,” Gayle said.

Engaging and joking with all city representatives and employees – whether city council or maintenance staff – became a staple of his personality as mayor. Gayle used employees who picked up his garbage as an example. By joking with them, he said he built relationships and encouraged a happier and healthy working environment.

Economic development holds a special place in Gayle's heart. Improving the city and its opportunities were of particular importance to him.

Gayle said he is particularly proud of the Highway 84 overpass built during his tenure. Despite more than 20 years of discussion, the overpass was not erected until he developed relationships with the state Department of Transportation and people on the transportation committee to help expedite the process.

The overpass is as a major achievement by the Gayle Administration, he said.

Another economic driver and point of pride for Gayle is T-SPLOST, a transportation special purpose local option sales tax, passed in 2018. He stated the surrounding counties have appreciated its passage as it helps with roads and bridges. An unintended result, T-SPLOST revenue collected so far has been 12% more than original estimates by the city, Gayle said.

“I did raise sales tax one penny. Nobody’s missed that," Gayle said. "There’s not a soul in this town that even thinks about it when they go and buy something, paying eight cents instead of seven cents. I’ve never heard of a complaint about it.”

Though he ran against T-SPLOST as a mayoral candidate in 2011, Gayle changed his mind once he realized how valuable a tool it would be for developing the city.

“I changed my mind immediately after I saw what was going on. I had to call some of my major contributors and say, ‘Look, I know I said I was not in favor of this but I’ve changed my mind.’"

Informing prominent donors of the change was tough, but he ultimately kept their respect. Not everyone was happy, though.

"Roy Taylor, one of my supporters, brought me a pair of flip-flops at the council meeting one night,” Gayle chuckles.

Even after that, Gayle said they have maintained a relationship and continue working together.

Such interactions are what Gayle will miss most about being Valdosta's mayor. He said he enjoys spending time with residents and listening to their stories, whether they give him footwear or not. Even if he does not see eye-to-eye with someone, he appreciates hearing what they have to say.

“Even though I’ve had people who didn’t agree with me on things, we had discussions and I still enjoyed the interaction," Gayle said. "I’m always meeting people and hearing their story.”

Gayle said he had a couple of notable disagreements with residents.

The Rev. Floyd Rose coordinated an effort to rename Forrest Street, who some people say is named for Confederate general and Ku Klux Klan leader Nathan Bedford Forrest, to Barack Obama Boulevard. But the effort was unsuccessful.

“We would’ve renamed that road if they had followed the policy that was set forth," Gayle said. "They just never did that.”

He also clashed with the LGBTQ community in 2012 when he refused to sign the South Georgia Pride Festival proclamation.

“The gay pride thing is a religious thing with me. I would never approve of proclaiming Valdosta as gay pride day because I feel like it’s not biblical – that particular practice – and I’m totally against it," Gayle said. "I have to stand up for my beliefs in that case.”

Maybe he did not agree with the organization, but he said he appreciates every interaction and views it as a learning experience.

He will not, however, miss arguments with residents on sewage spills, trash pickup and logs in streets.

Either way, Gayle said he cherished his time as Valdosta's mayor and will miss the post.

“I wish I could stay longer, but it’s time to move on," Gayle said.

Despite leaving office this week, Gayle said he will still be around. He wants to remain active in the community and help out with economic development.

“I’m going to leave Scott a list on my desk of things he needs to be aware of," Gayle said.

“Well, there’s no question about it. We have got to make some progress in this city-county relationship," Gayle said. "All we ever do is fight over money.”

He remains frustrated by the squabble over dollars and lamented failing to increase the percentage the city gets from tax revenues. Receiving 38% of the revenue pool while the county gets 58%, Gayle said the city deserves a larger cut since 55% of the population resides within city limits.

While money disputes continue, Gayle said the city and the county are still friendly. He is good friends with Lowndes County Commission Chairman Bill Slaughter and other members of the Lowdnes County Board of Commissioners.

The mayor compared city-county disagreements to siblings arguing over territory but each side needs one another. If Valdosta grows, then Lowndes County will grow, too, Gayle said.

His concern resides over equitable growth.

“We keep growing but we keep taking less money," Gayle said. "And we’ve got the same situation as SDS.”

A battle over a Service Delivery Strategy agreement has raged for three years between Lowndes County and the City of Valdosta. As reported by The Valdosta Daily Times, more than $860,000 of taxpayer money had been spent as of fall on SDS litigation between the city and county.

With agreements on Local Option Sales Tax and Service Delivery Strategy never being reached, the money disputes continue to this day, but Gayle said he remains hopeful. He mentioned the joint task force between the Association County Commissioners of Georgia and the Georgia Municipal Association, advisory bodies for counties and cities, respectively, around the state, is crafting guidelines to resolve disputes on issues such as LOST and SDS.

The task force was supposed to finalize those guidelines at its Dec. 11 meeting but did not complete them at the time.

“We’re looking 10 years into the future. Well, if we take the same thing that was agreed upon in 2008 which is the county’s proposition and has been all along, we’re going backwards and we just can’t afford to do that," Gayle said. "And I hope the new mayor understands that. He’s got to stand up for the city. If he agrees to what the county says and thinks that’ll solve the problem and build relationships, all that’s going to do is separate us more.”

Though he hopes Matheson can resolve the SDS dispute, Gayle said he believes one party can provide a final solution: the state legislature.

“The legislators, they’re the ones that put us in this position to start with," Gayle said. "They’re going to have to end up coming up with a bill that settles that thing once and for all.”

While his future remains a mystery, Gayle said he has not closed the door on his political career. Although he remains undecided if he will ever dip his toes back into the political waters, an appointed position in government does pique his interest. So much so that he has sent paperwork to Gov. Brian Kemp for consideration.

“I would very definitely look at an appointed role. In fact, I have filled out some paperwork for the state but the governor hasn’t, so far, come forth with anything," Gayle said. "But I was asked to fill out that paperwork. I didn’t volunteer for that.”

The next step will come, but for now, he has a wife to spend time with, family to visit and sniffles to fight.

"I've got to get rid of this cold first."