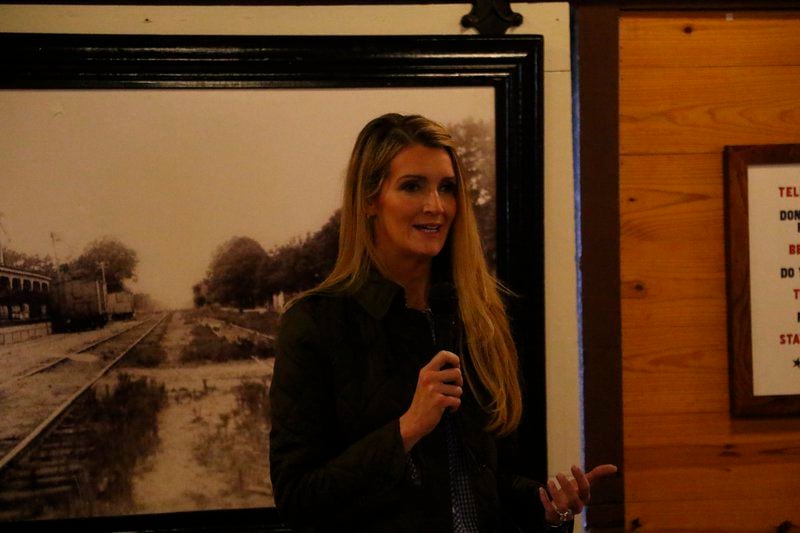 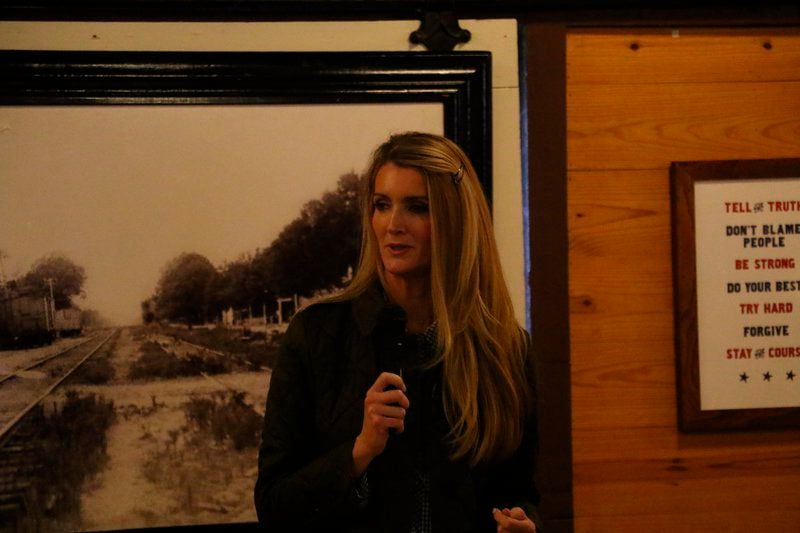 HOMERVILLE – The swinging door whooshes open several times per minute, but Kelly Loeffler is not bothered.

Seated at a long, wooden table next to the kitchen in the Historic No. 11 Train Depot, she is too excited to worry about passersby carrying barbecue sandwiches and chicken fingers.

Loeffler is merely weeks away from becoming the second female U.S. senator from Georgia, taking over for Sen. Johnny Isakson. Gov. Brian Kemp tapped Loeffler as Isakson’s replacement following the senator's announcement he will step down at the end of 2019 due to health problems.

The Valdosta Daily Times sat down with Loeffler for a short interview during her visit to Homerville.

Up first, she explained why she spent her few remaining days in Georgia in small town America.

“Since the announcement in early December, I’ve been in Washington three times,” Loeffler said. “I was just really eager to get down here and start meeting people and hearing from them.”

Loeffler wanted to see more of the state and meet with constituents outside of Atlanta. Visiting South Georgia was a natural choice because of her farming roots, she said.

The daughter of a third-generation farmer, Loeffler grew up in Stanford, Ill. A town with a population of 596 residents, her family grows corn and soybeans on their farm. Loeffler helped raise livestock in her local 4-H club as a kid.

“I think the perspective of my most formative years growing up, working in the fields side-by-side with my mom, dad and brother … then going into the workforce and getting that perspective and working and living around the world,” Loeffler said.

Loeffler said her success in the private sector has people defining her as out of touch, but she learned the value of a dollar early on in her life. She credits her upbringing for instilling her sense of family, faith, community and hard work. After leaving home for college at 17, Loeffler began an ascending business career.

Loeffler worked for the Intercontinental Exchange, a multi-billion dollar investment firm, as a top marketing executive before being named chief executive officer of Bakkt, a subsidiary specializing in cryptocurrency, in 2018. Loeffler’s husband, Jeff Sprecher, is the founder, chairman and CEO of Intercontinental Exchange. In 2012, the company bought its main competitor, the New York Stock Exchange, for $8.2 billion.

They live in the Tuxedo Park neighborhood of inside Buckhead.

With extensive business experience, Loeffler has a broader conception of agribusiness and farming, especially how farmers can be affected by industry changes. Additionally, she has seen the challenges rural communities face first-hand. She points to health care, jobs, reinvesting in growth, technology such as broadband and even basic phone service.

These concerns fashion her as a fit in the Senate agriculture committee. From her time in private sector, the senator-designate said she understands how interconnected national and global economies are, and how they affect American farmers particularly.

She said she believes farmers know legislators are trying to improve economic opportunities for their industry and believes they see the long-term view, even if the short-term is marred in a trade war with China.

“Look, I think trade has to be fair and I think farmers innately understand that, and they’re willing to take the longer view certainly,” Loeffler said. “And they have, but I also would take the side that the sooner we can resolve some of the challenges, the better.”

Her voting record remains blank for now, but that will change soon. Once she is sworn in come January, she’ll rely on what she always has to make decisions: the values she gained in Stanford, Ill.

Loeffler has worked in the dirt. She has worked with other billionaires.

Now, she promises to work for the people of Georgia.