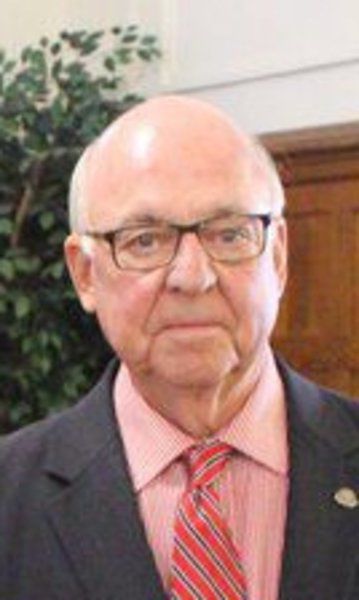 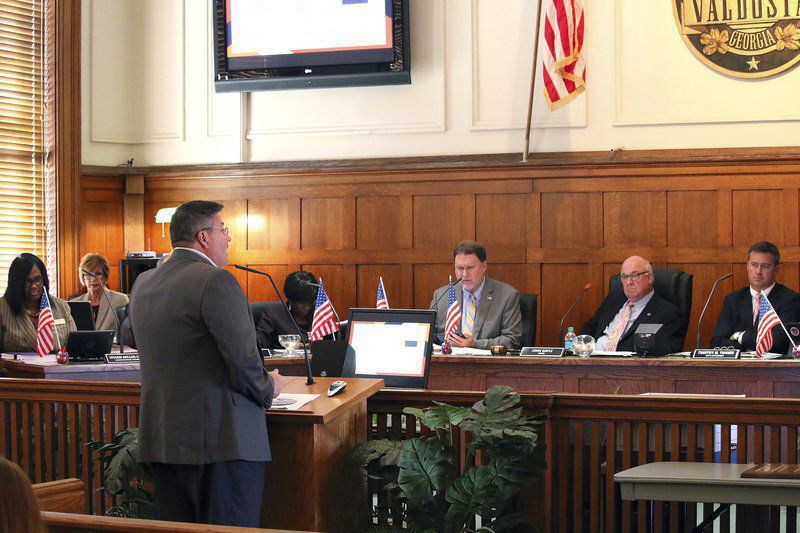 Derrek Vaughn | The Valdosta Daily TimesValdosta City Council listens to a budget report during a past public meeting. 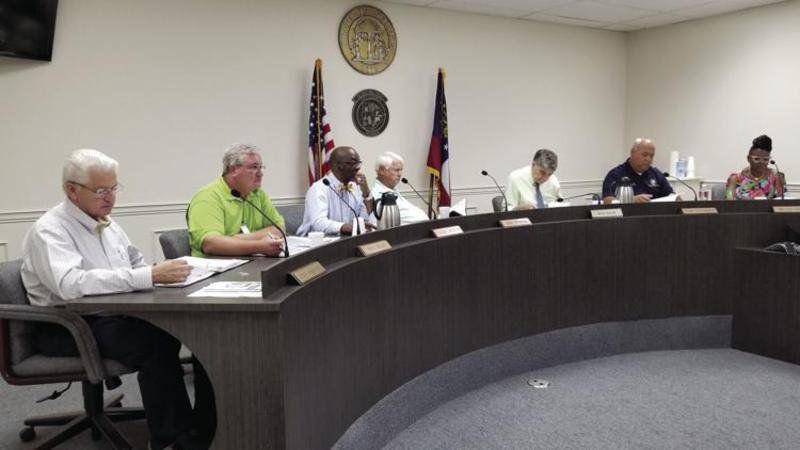 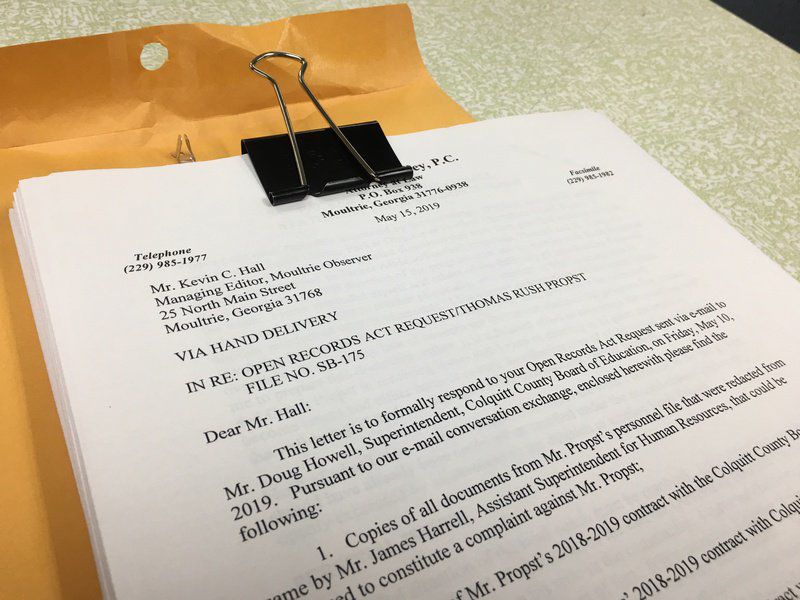 Kevin C. Hall | The Moultrie ObserverThe Moultrie Observer asked for and received information from the personnel file of former Colquitt County High School head football coach Rush Propst after the county school board relieved him of his coaching duties in early 2019. 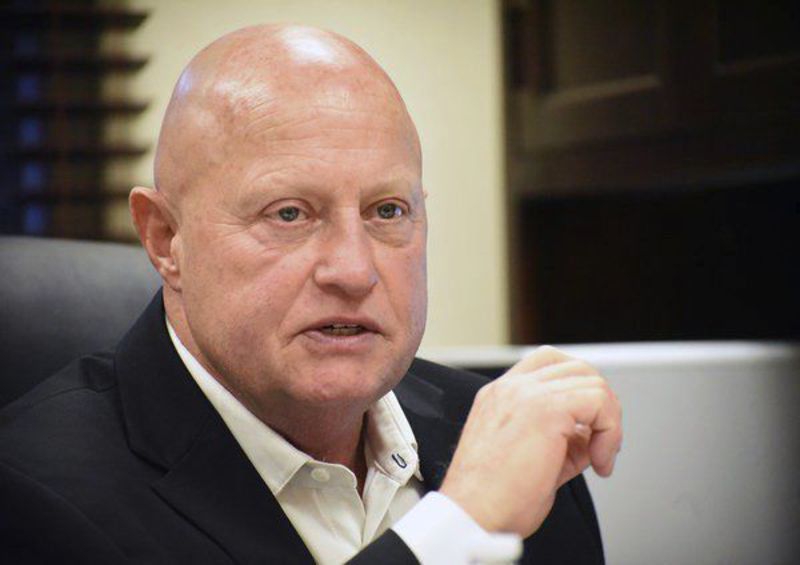 Derrek Vaughn | The Valdosta Daily TimesValdosta City Council listens to a budget report during a past public meeting.

Kevin C. Hall | The Moultrie ObserverThe Moultrie Observer asked for and received information from the personnel file of former Colquitt County High School head football coach Rush Propst after the county school board relieved him of his coaching duties in early 2019.

Story Behind the Story: Freedom of Information

“When I was first elected, the (Georgia Municipal Association) required me to take certain courses … one of them was on open meetings,” Valdosta Mayor John Gayle said. “I learned early on how important open meetings are.”

"I don't think we've ever had any problem meeting requirements," Dalton Mayor Dennis Mock said. "We always welcome public input. In fact, I wish we had more people attending out meetings."

Georgia’s Open Meetings Act and Open Records Act — commonly referred to as “Sunshine Laws” — mandate that, with certain exceptions, all government meetings are open to the public and that all government records are available to whoever wants to see them.

While public officials seem to know their duties as far as transparency goes, problems with secrecy in local government have cropped up. This week, the SunLight Protect team of reporters takes a look at how public officials handle open access to government — and how some have mishandled it.

The word from officials

When the SunLight team spoke to public officials, none of them said government should not be open and accessible. Most talked about the importance of transparency.

”Open meeting and open records laws are intended to keep those who take care of the people's business honest,” Dan Stewart, Thomas County Board of Education chairman, said. “When everyone is doing the right work, there is no reason to be concerned about open government laws. The laws provide opportunities for public officials to hold in confidence those few things that need to be kept private, but for the most part, the people's business should be conducted in the public for all to see.”

"If there are any specific concerns about the level of transparency from my constituents, I would like to hear them,” he said.

“We need open records to help keep everyone honest. It helps keep us from having secrets and keeping the public in the dark,” Colquitt County Commissioner Chris Hunnicut said.

"It’s the only way we as elected officials can reassure our constituents that we are doing what we should,” he said. “In my opinion, the laws we have in place are plain and clear.”

“We don’t close the door until the board takes an actual vote; we advertise the meetings like we’re supposed to. People show up and we talk to them. Here locally, things like an executive session or personnel issues don’t come up very often,” Chas Cannon, Colquitt County administrator, said.

“Executive session” is when a government body — a city council, county commission or other group of officials — closes the doors to the public to discuss certain matters in private.

The Open Meetings Act limits the ability of governments to lock the doors. Generally, executive sessions may only be called after the government in question first holds a public meeting, then publicly calls for an executive session and explains what they will discuss. It can then privately talk about only three types of matters: Real estate affairs involving public property, personnel issues and legal issues involving litigation.

Governments can only talk in executive session, not decide. Any votes on these matters must be made in open, public meetings.

There have been times when governments have run afoul of the law.

Dwain Walden, the former editor of The Moultrie Observer, faced this problem in the mid-1980s. He had proof the Colquitt County Commission was meeting in secret "for discussions blatantly not in the exceptions for executive session," Walden said. Changing the county charter was one of the items of discussion, he said.

When he confronted the commission chairman, "I tried to handle it gentlemanly, assuming that maybe they didn't know they were in violation," Walden said.

The result? "The chairman laughed it off," he said.

First, Walden wrote editorials decrying the practice of secret meetings. Then he wrote an editorial specifically targeted at the local grand jury. "It said, 'This is a crime and you should be looking into this,' " he said.

The grand jury did indeed look into it. The commission chairman was indicted on seven counts of violating open government laws and lost a recall election by a landslide, Walden said. No commission actions had to be nullified because they had only held secret discussions, not votes, he said.

More recently, the City of Milledgeville entered into a “memorandum of understanding” with the Georgia Attorney General’s office in June 2015 when city officials admitted to numerous open meetings violations.

A complaint filed in June 2014 by a Milledgeville resident resulted in a full-scale investigation by the attorney general’s office regarding the city’s open meetings practices.

Under the agreement, the city agreed to pay a fine in connection with an incident when city officials met after a March 3, 2014, city retreat. They had adjourned to discuss city business in the absence of the public and media.

During that meeting, which involved city council members, the city manager and city attorney, officials discussed the transfer of $5.1 million from a local bank to another financial institution.

In 2016, the Hospital Authority of Valdosta and Lowndes County had meeting problems of its own. At the start of the Feb. 17 meeting, scheduled for 9:30 a.m., the authority announced it had already been in executive session earlier in the morning before the start of the advertised public meeting.

The agenda for the meeting stated it would start at 9:30 a.m., with authority members going into executive session if needed.

The authority later admitted to the violation, according to the state attorney general’s office. The hospital authority paid a fine, agreed to training to comply with the Open Meetings Act and agreed to a series of changes in how it conducts its meetings.

The "vast majority" of open records and open meetings cases are due to people not understanding the law, said Jennifer Colangelo, an attorney in the Georgia Attorney General’s office.

A matter of public record

The Open Records Act requires that most government documents be made available to anyone who asks for them, no questions asked, in a timely manner. There is, however, a lengthy list of exceptions, documents and information which can be shielded from the public. These range from personal data such as Social Security numbers and most files on active police investigations to farm water use records and labor data for child actors.

The City of Valdosta is “swamped" with records requests, Gayle said.

“Sooner or later we’ll have to use a computer system to handle public records,” he said.

Older records and archives also provide a problem, he said.

“Over at the police department, there are two people who have been working for years to transfer older records to microfiche,” he said.

The city tries to make records available in three days or less, unless there are exceptional circumstances, the mayor said.

Zoning records are among the more common documents requested, according to the mayor. Requests for police records and regulations are also made, he said.

The city also sometimes gets requests for personnel records, “which we have to be very careful with,” he said. The state’s official list of exceptions shields some personal information involving public employees.

Some of the records requests are “childish and selfish,” and have been sought for revenge purposes, the mayor suggested.

In 2016, the Hospital Authority of Valdosta and Lowndes County was in the middle of a major controversy related to open meetings. The authority was accused of violating Georgia’s open meetings act, and the state attorney general was asking questions.

Then-Councilman Robert Yost, who wanted the entire hospital authority to resign, filed an open records request for all documents reflecting legal fees for 2015-16 and the annual pay of several hospital officers and legal counsel for 2014, 2015 and 2016.

“Their response was to retaliate against the City of Valdosta and to file an open records request on their behalf, asking for 10 items on the mayor, city manager and chief of police,” Yost said. “To retaliate against us is beneath the authority and beneath anybody.”

She said she's impressed at the openness of the meetings.

"I do think that they welcome questions and make the people who attend feel like they can be involved," she said. "There are executive sessions that are closed to the public. They are allowed to do that for certain reasons — litigation and some other things. And I don't get the sense they are abusing that."

Swanson is generally one of only five or six people at those meetings who doesn't have business before the council or the commissioners.

"That is a problem," she said. "I've heard people say 'What's the point? They are going to make the same decision no matter what we do.' And that's probably true a lot of the time. But that's not what these meetings are about. The point is for them to make their decisions in public and to explain those decisions, and to give the public a chance to ask them to explain their decisions. And if the public doesn't go, it's the public that misses out."

The question of apathy regarding public meetings was shared by many people interviewed by the SunLight team.

John Smith of Milledgeville said, “They have regularly scheduled meetings that are open to the public. Most can’t name their locally elected officials.”

Greg Barnes, a preacher and community advocate in Milledgeville, said “Traditionally in areas like Baldwin County, apathy was the main weapon to keep people in check. So the use of apathy, the use of not participating allowed for that elite group of people who think they should rule Baldwin County to flourish. The kryptonite to that process is open records and Sunshine Laws and questioning the authenticity of what’s being told to you through requesting information.”

“People are lazy and won't get involved or ask. Open records are available for anyone,” said Aleta Larger of Tifton.

John Quarterman, a Lowndes County resident and a member of the WWALS Watershed Coalition, said he has had difficulties with both open meetings and access to public records.

He said he has missed government meetings because of inadequate advance notice.

"They're required to make one posting (of a meeting's time) and they have to send it to the county's legal organ, the newspaper," he said. "The newspaper may or may not print the notice ... so you might not know there's a meeting unless you see the notice posted to the courthouse door."