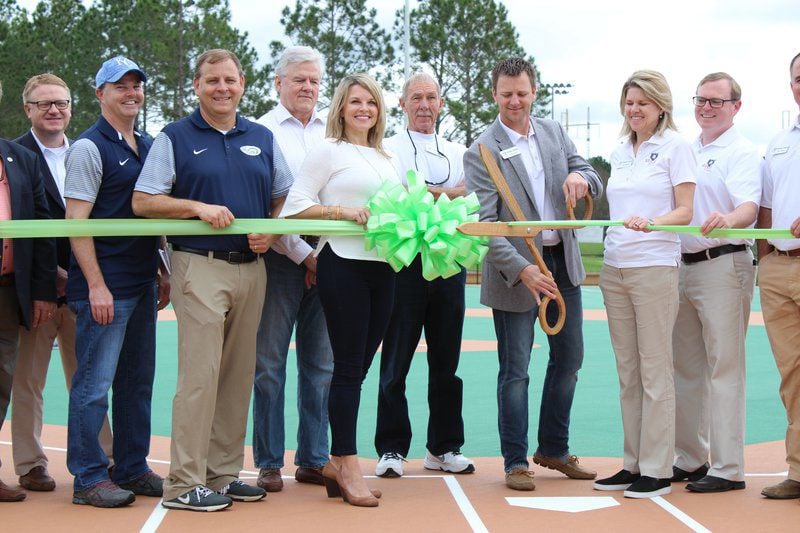 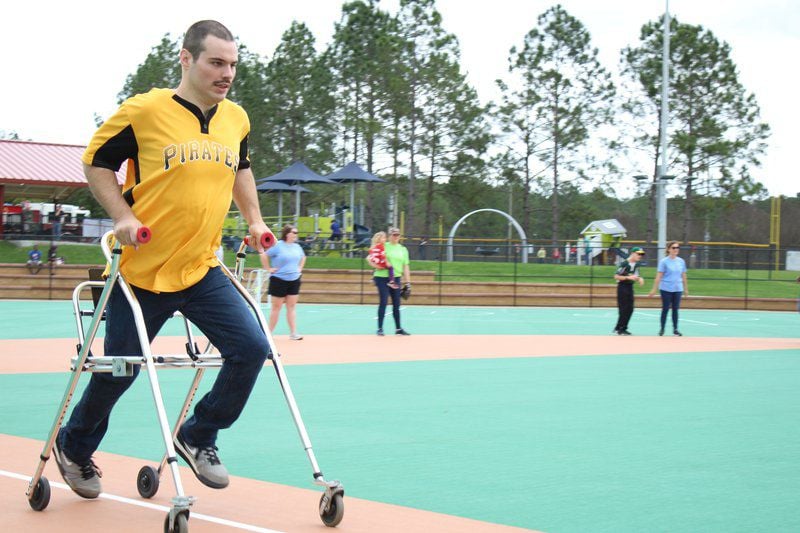 Thomas Lynn | The Valdosta Daily TimesAndrew Noyes runs to home base Saturday during the first game at the Miracle League field. 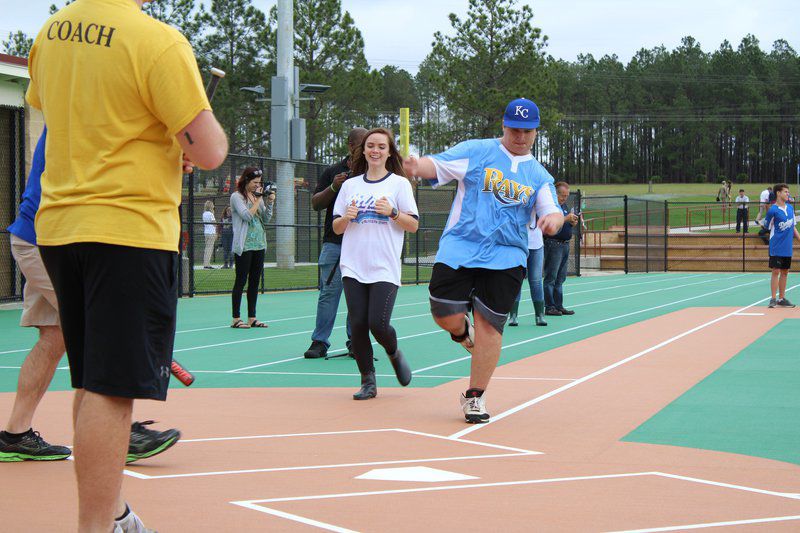 Thomas Lynn | The Valdosta Daily TimesAn athlete along with his volunteer 'buddy' round home base at the opening event for the Miracle League field Saturday.

Thomas Lynn | The Valdosta Daily TimesAndrew Noyes runs to home base Saturday during the first game at the Miracle League field.

Thomas Lynn | The Valdosta Daily TimesAn athlete along with his volunteer 'buddy' round home base at the opening event for the Miracle League field Saturday.

VALDOSTA — What began as an idea has become a reality.

The Miracle League field opened Saturday with a ribbon-cutting ceremony at Freedom Park on Guest Road.

Valdosta City Councilman Andy Gibbs started the Miracle League of Valdosta back in 2004 after watching an HBO special. From there, he and many others in the community developed a Valdosta chapter where people with special needs can play baseball.

The field is specifically designed for children and adults with special needs to use it. Miracle League athletes had an opportunity at the event to be the first to utilize the facilities.

A crowd of more than 100 people showed up, including special athletes, their families and the volunteers who make the games possible.

"I'm excited about everything this field can provide, the laughs and smiles of the athletes," Gibbs said. "I'm at a loss for words."

Lowndes County Commission Chairman Bill Slaughter and Valdosta Mayor John Gayle attended the event and spoke about what can be accomplished when the city and county come together.

Slaughter said the area has a "beautiful facility that is going to be a wonderful asset to the community."

"Great job to Valdosta and Lowndes County for everything that you have done as citizens," Slaughter said. "This is just one of those examples that when a community comes together when everybody has one vision you can accomplish anything."

Gayle echoed Slaughter's words and said these kinds of events are what make the community "Winnersville."

"This is an example of what this community can do when we all pull together," Gayle said.

After the weather cleared and the sun showed itself from behind dark clouds, the crowd made its way to the field to cut the ribbon and play a game of softball.

The field is equipped with a special rubberized surface that eliminates any barriers for players who use wheelchairs or walkers. The dugouts are fully handicap accessible and feature bathrooms with a toilet and showers to clean up players in the event of an accident on the field.

Miracle League offers adults and children with mental or physical disabilities the chance to play baseball in a league setting. Games last about 45 minutes to an hour with every player batting and running the bases each inning. Players are assisted by volunteers, known as buddies, who help them run bases and protect them from hard-hit balls.

Since the league began, the six-game seasons have been played on a regular softball field with a mat to accommodate wheelchairs and walkers and temporary fencing. With the new field completed, the league has a permanent home.

“If we can do what we do with grass, imagine what we can do with a field that’s made for them,” Gibbs said.

It’s not just a baseball field. There is a playground that is completely barrier-free, as well as a pavilion area equipped with sinks and countertops for cooking.

The rubberized surface allows for lines for a soccer field and a basketball court. If someone wants to play a different sport, the goals can be put in place. There are also eight 50-meter track lanes, which Gibbs said allows Special Olympics athletes a place to train.

Gibbs said the next step for the Miracle League is to expand the available sports.