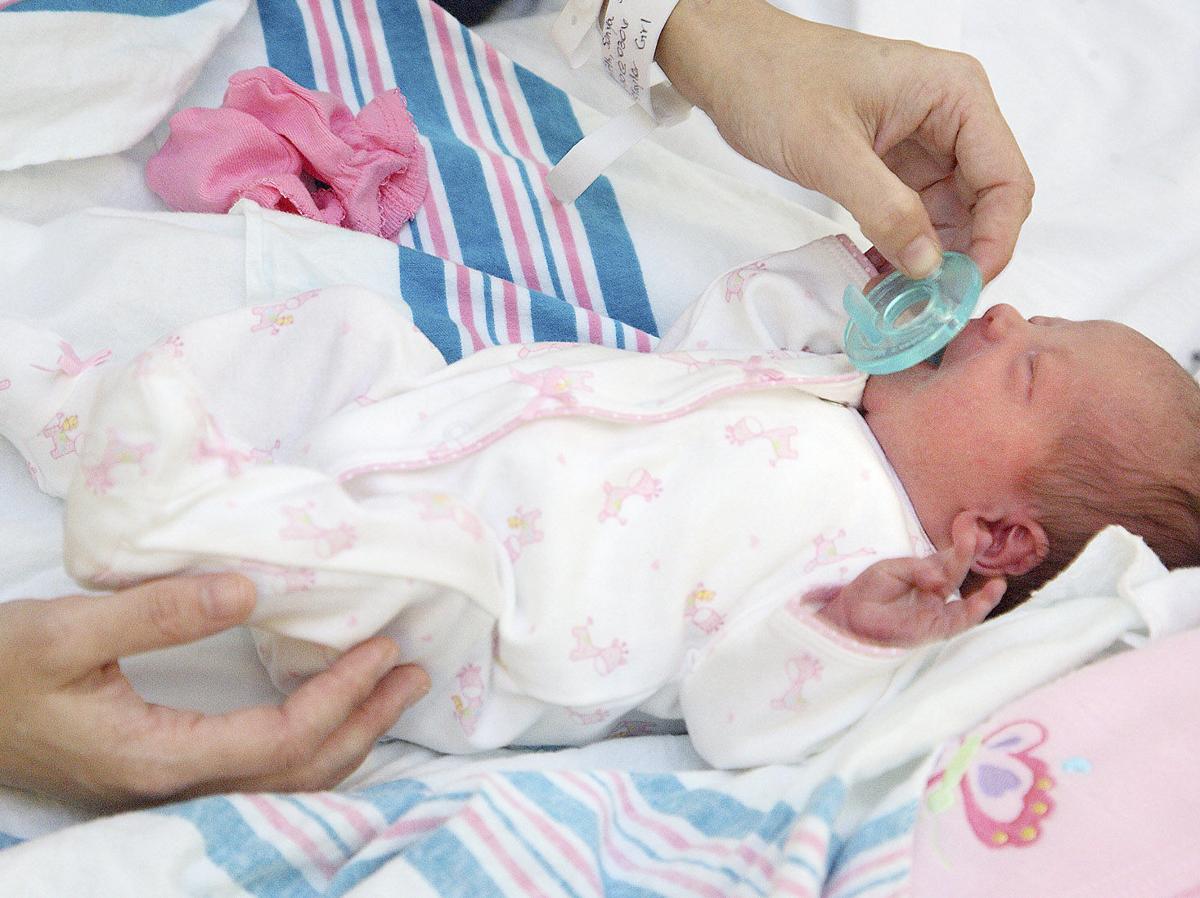 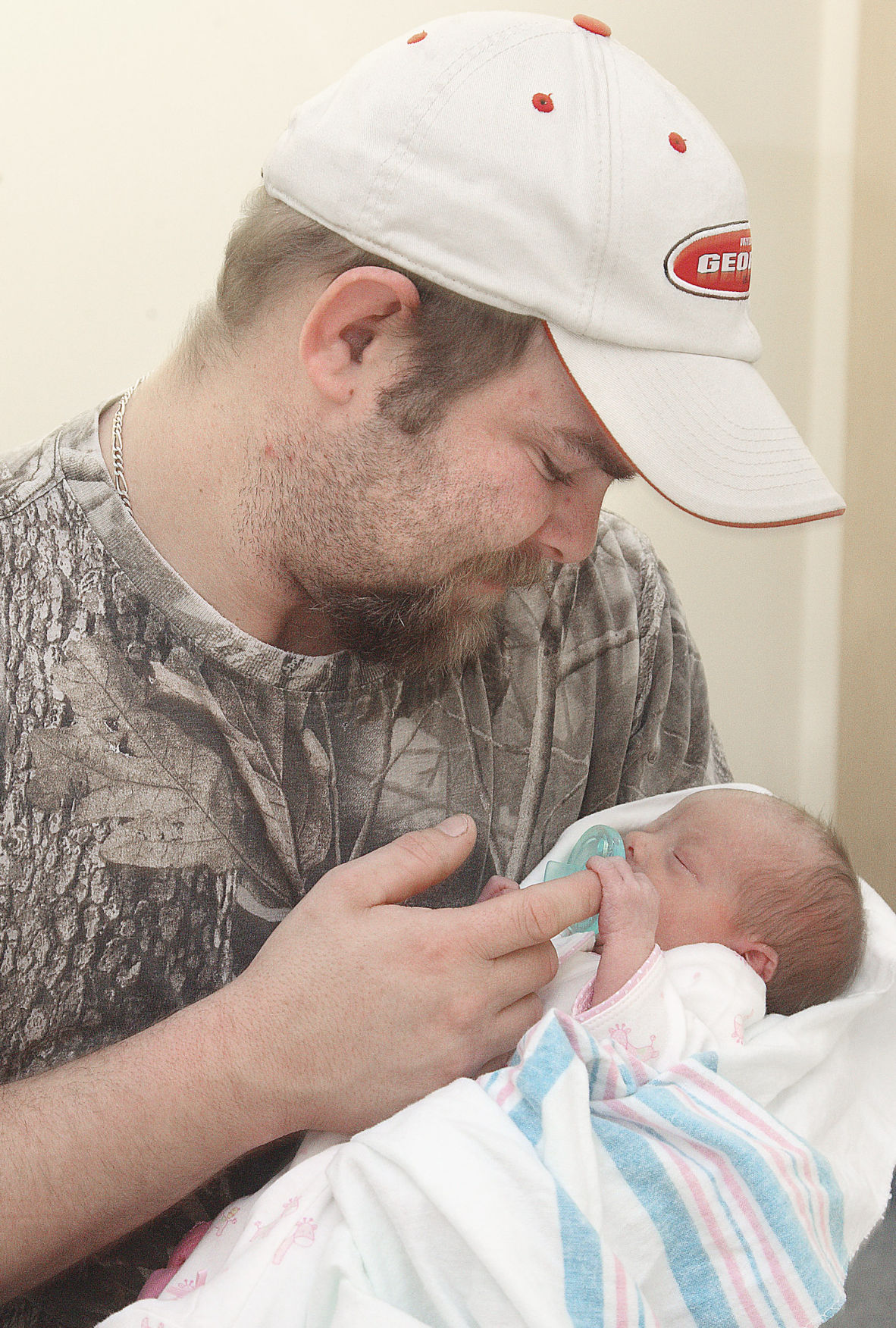 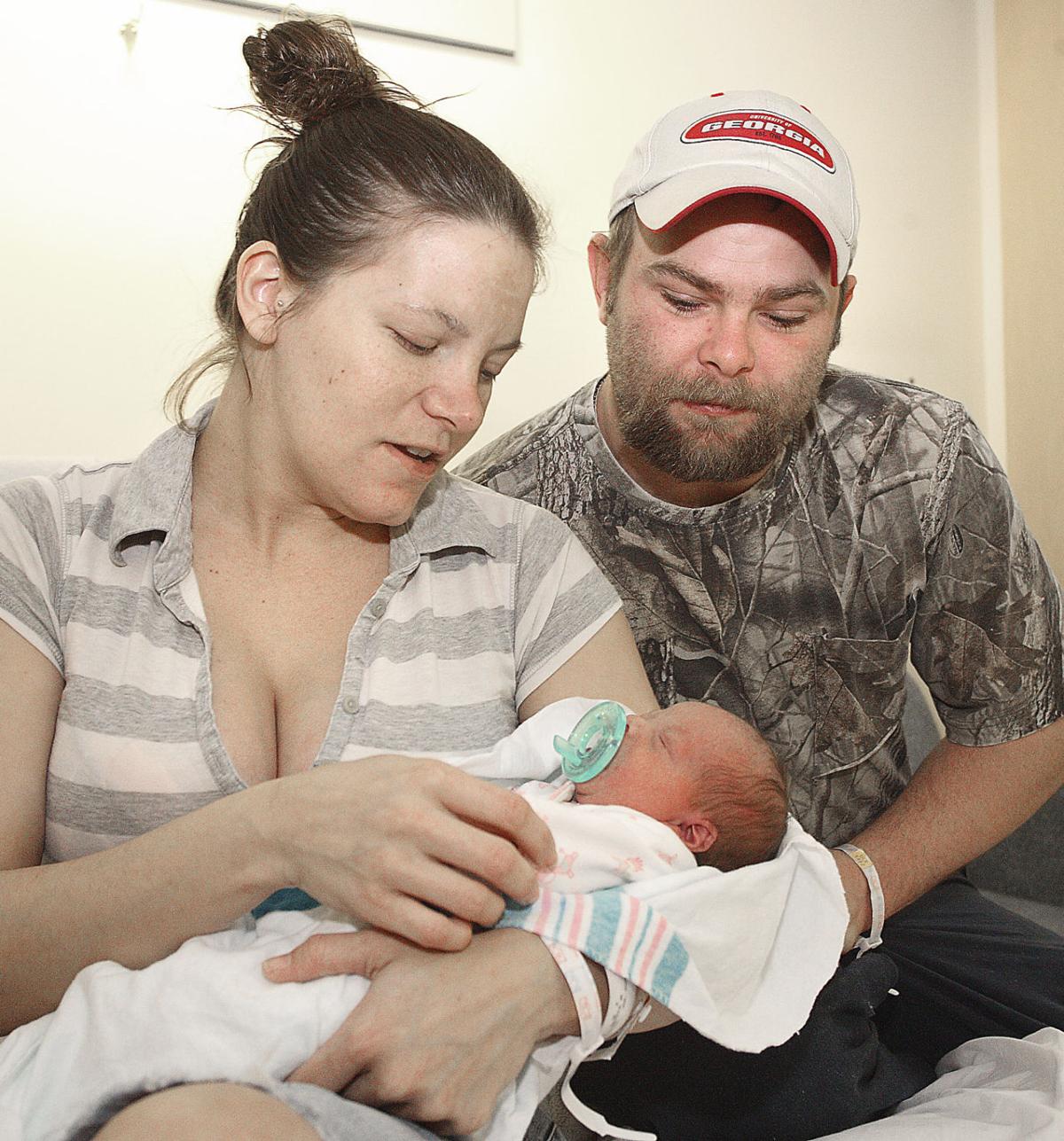 A father delivered his baby girl Monday in the bathtub of their family home.

Mickel Poag, 27, heard the screams of Sonya Neesmith, 28, as he was getting up to prepare for work.

“She hollered at me three times and then our 14-month-old daughter, Kaytlyn, cried,” Poag said. “I went to get her out of her bed and was bringing her into our room.”

Poag could not ignore Neesmith’s screams in their McMillan Road residence. When he went into the bathroom, she was standing with her legs crossed and ordered him to get some towels and blankets because the baby was coming.

Poag did not have time to panic. The baby’s head was already out.

He helped Neesmith down with one hand, while holding Kaytlyn in the other. He then assisted her in delivering the baby.

Isabelle Grace was born at 3:06 a.m., and Poag noticed the baby was not breathing.

The quick-acting father didn’t have anything handy to tie off the umbilical cord, so he wrapped up mom and baby in blankets and plugged in a heater to keep them warm while he went for help. He said he had to travel about five miles to get to the nearest phone.

“I drove to the store, which is about 15 minutes away, and made it there in about four minutes,” Poag said.   Isabelle was born 3 1/2 weeks early and weighed 4 pounds, 13 ounces, but it was reported that both mom and baby are doing well. They were released from the hospital Wednesday.

Diane Bohannon, Poag’s mother, said he deserves a lot of credit for what he did.

“He didn’t have time to think about it,” she said. “He just acted.”

Together, Mickel and Sonya share five children, Arika, 5, Kelsey, 5, and Desiree, 7, but at the time of the delivery, only 14-month-old Kaytlyn was home.