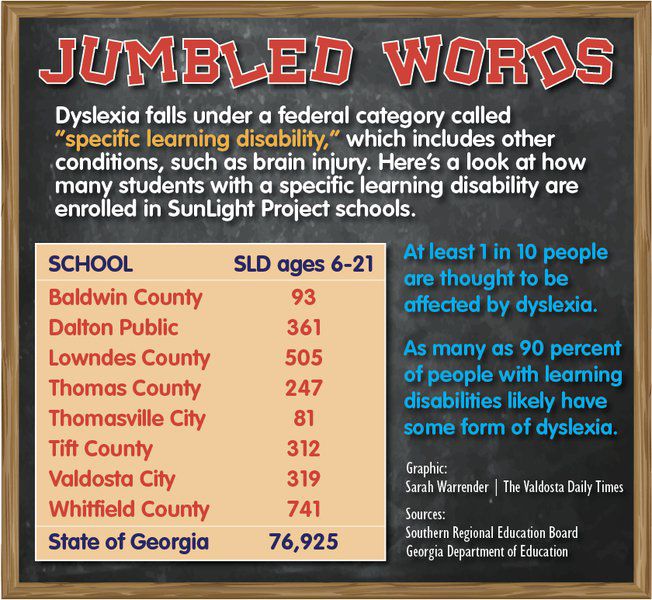 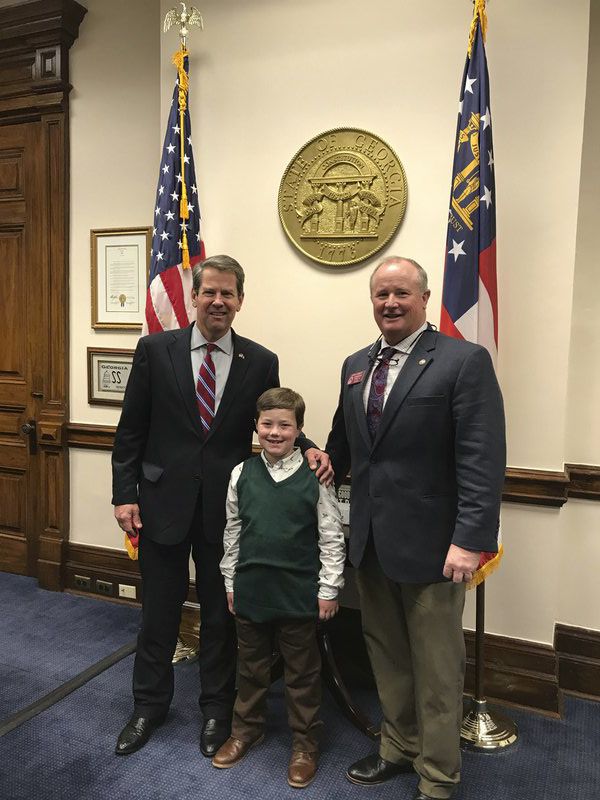 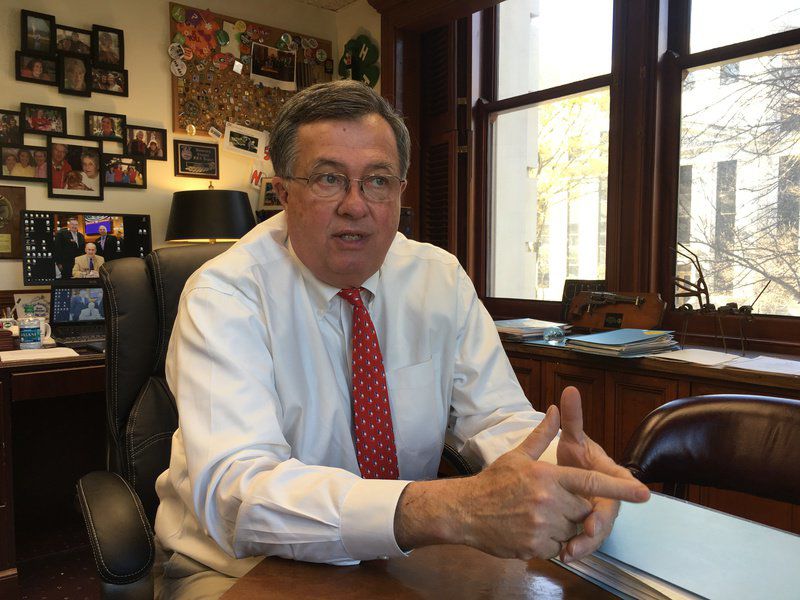 Jill Nolin | The Valdosta Daily TimesRep. Rick Jasperse, who chairs the House Education Committee, talks about a dyslexia proposal in his office at the state Capitol. 'It’s a bill whose time has come,' Jasperse said. 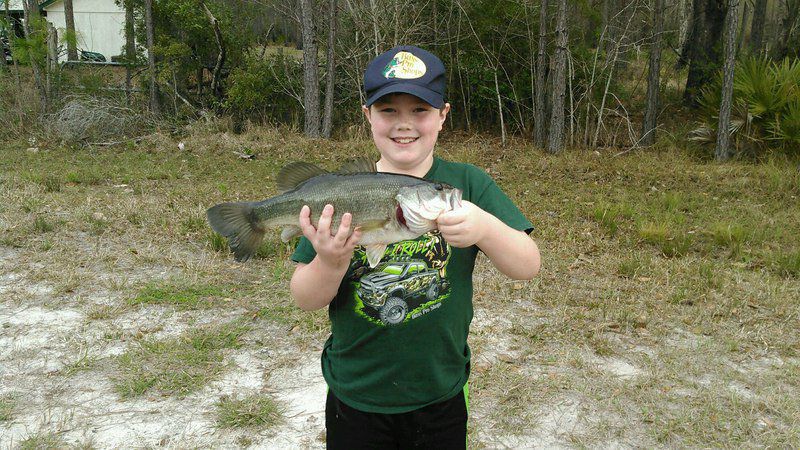 Jill Nolin | The Valdosta Daily TimesRep. Rick Jasperse, who chairs the House Education Committee, talks about a dyslexia proposal in his office at the state Capitol. 'It’s a bill whose time has come,' Jasperse said.

ATLANTA – After watching his bright son struggle to read, Matt Gallegly felt a kind of relief when he learned the reason: His son, Jack, was dyslexic.

The little understood brain condition – it’s more than just the letter switching that most people think of – can make reading and writing a major challenge even as students thrive in other areas of school.

“It was great for a split second, because we thought we finally know what we’re dealing with,” said Gallegly, a Dalton resident who works in the local flooring industry.

“And that quickly gave way to almost terror because what we quickly found out is there are no resources within the public school system to specifically help Jack address the deficits that dyslexic students have.”

Jack’s parents tried everything. They searched for tutors specially trained in dyslexia. His mom, a speech therapist, even got personally trained in the techniques.

The solution they settled on is less than ideal. Every day, the 11-year-old fifth-grader wakes up well before dawn to make the 80-mile trip to a private school in Marietta that focuses on students with dyslexia.

“It’s difficult, but it’s a blessing to get to choose that for him,” Gallegly said. “Quite honestly, the more we learn, the more we’re heartbroken for the rest of the kids sitting in those classrooms who don’t have the opportunity that Jack has.

“Just because you don’t have the means and the logistical ability to go to Atlanta for instruction does not mean that you should be handcuffed to this long-term prognosis of not being able to read well.”

The statistics suggest there may be many students similar to Jack throughout Georgia. Between 10 and 20 percent of all people struggle with dyslexia, according to the Southern Regional Education Board, which is an Atlanta-based think tank. That’s about 190,000 to 380,000 students just in Georgia.

And students with dyslexia likely make up a significant number of those who fall behind their peers in reading – highlighting the need for early intervention.

Yet, Georgia is currently among the states that have no policies on the book for addressing the problem. Among the 16 states that the SREB focuses on, Georgia is one of just two without any strategies deployed for helping these students.

State lawmakers are on course to change that this year. A measure, which clinched a final vote in the Senate Friday, calls for educator training and tasks the state Department of Education with issuing a handbook on dyslexia.

It would also set up a pilot program meant to help the state explore the effectiveness of the early reading remediation programs available and how to best identify the students who need the assistance. Lawmakers have set aside $100,000 for the pilot program.

For the first time, the word “Dyslexia” will show up in Georgia code, should the governor sign off on the measure. The condition is now categorized more broadly as a “specific learning disability,” which includes other language disorders.

“It’s a bill whose time has come,” said Rep. Rick Jasperse, a Republican from Jasper who chairs the House Education Committee and who was active in shaping the legislation.

The bill was paired with a resolution encouraging local and state school officials to recognize the “profound educational impact” of dyslexia. That measure, brought by Rep. John Corbett, a Republican from Lake Park, is the same resolution Corbett carried last year.

But for parents, the pace of change can be excruciating. The proposal would postpone a mandate that requires screening for kindergartners until after the pilot program wraps up, which could take five years.

Tina Engberg, who is the state leader for the advocacy group Decoding Dyslexia Georgia, said parents are hopeful the state won’t wait that long on universal screening, even as they celebrate the other progress being made.

“It just creates a delay, and I think that is frustrating to a lot of parents,” Engberg said of the bill.

Engberg, who lives in Marietta and whose 13-year-old son is dyslexic and reads on a second-grade level, said there is “collective dismay over what public education looks like for our dyslexic kids.” Engberg’s son now attends a private school.

Jasperse said the screening is set to start later so the pilot program, which will take place in three districts, can help identify the best – and most cost-effective – strategies for helping the students. An urban, suburb and rural district will be selected, and the participating schools will be required to screen their kindergartners.

“That’s what the pilot’s for – to see how do we do it before we run out telling 240-something school systems what they’ve got to do,” Jasperse said in an interview.

“We could start testing them tomorrow, but I don’t know that we would know what to do with them, which would be frustrating for everybody,” he added.

Cost – for both the screening and the extra assistance for students – is a looming factor in all these discussions.

“I don’t think anybody would argue that it’s a bad idea to screen for those basic skills early,” said Catherine Perkins, who is the coordinator of Georgia State University’s school psychology program and who represents the Georgia Association of School Psychologists on the national level.

“The only consideration has been what tool or tools are going to be used for that and who’s going to pay for it?”

Charlton County Schools, a small system in rural southeast Georgia, started screening its 140 kindergarteners this year for dyslexia, using a test developed by a Yale University professor that is available at a cost of about $1 per student. More expensive tests can run $8 per student, or a total cost of about $1 million statewide.

“We’re sort of building this thing as we fly it,” said John Lairsey, the district’s superintendent, who added the district plans to apply to participate in the pilot program.

It’s the same reading program that is now being used in a limited way at Whitfield County Schools, where Jack Gallegly was once a student. The program will be expanded to all kindergarten through second-grade classrooms starting next year.

Lairsey said the system started screening after a teacher, Katy Huling, raised the issue when her own child, Gabe, was diagnosed with dyslexia.

Huling, who teaches high school math, took her son to a Jacksonville, Fla., pediatrician for testing after other attempts to help improve his reading skills did not work. That yielded a diagnosis the summer before Gabe started second grade.

“We either cried or had a stomach ache almost every day of first grade,” Huling said.

Her son is still enrolled in the public school system, where he uses the special literacy program – a service that Huling called an “answered prayer.” The other option was driving down to Jacksonville multiple times a week and shelling out thousands of dollars.

In hindsight, Huling said the signs of dyslexia were there early on. Gabe could not rhyme, tie his shoes or ride a bike without training wheels. His handwriting did not evolve beyond a beginner’s large letters and he also did the classic letter switching.

Meanwhile, he was showing an understanding of advanced science terms and concepts.

Huling recalled a science experiment she did with Gabe shortly before the diagnosis. The pair dropped an egg in vinegar and Gabe marveled at the liquid slowly eating away at the shell. He enjoyed the exercise, until Huling asked Gabe to write about what he observed.

“He immediately shut down,” Huling said.

“Every year we delay it, those are kids who don’t know why they can’t read,” she said. “We’re talking about kids – and this is where the anxiety piece comes from – who know that there’s an issue.”