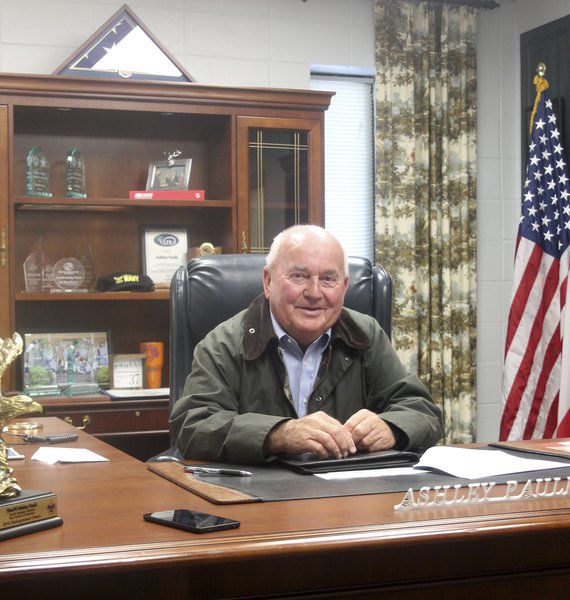 Terry Richards | The Valdosta Daily TimesLowndes County Sheriff Ashley Paulk said domestic disputes 'are one of the most dangerous calls you can go on.' 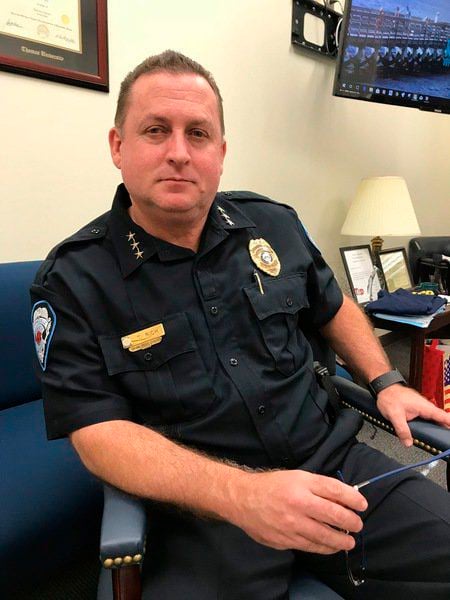 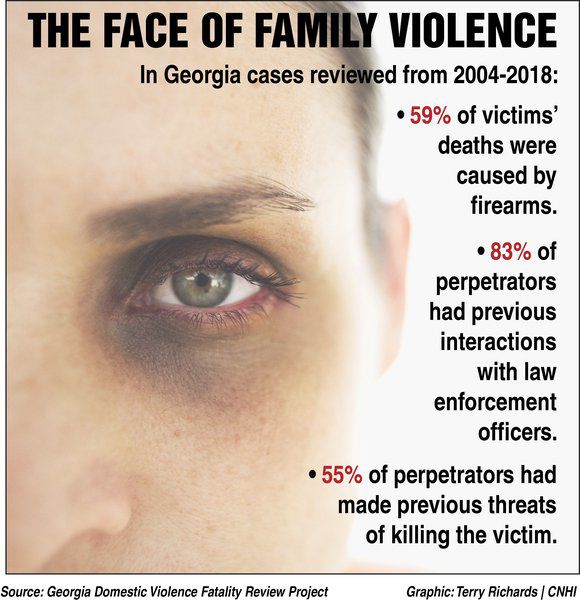 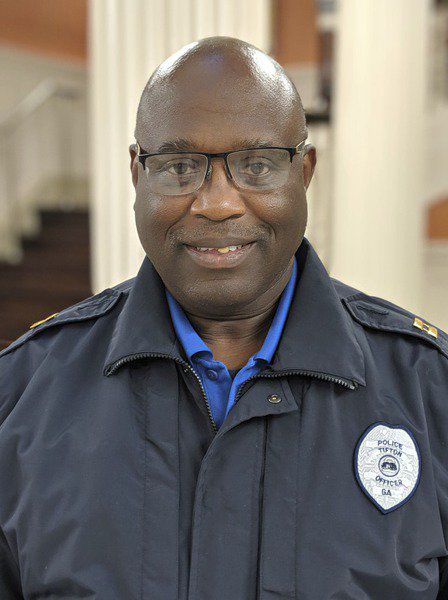 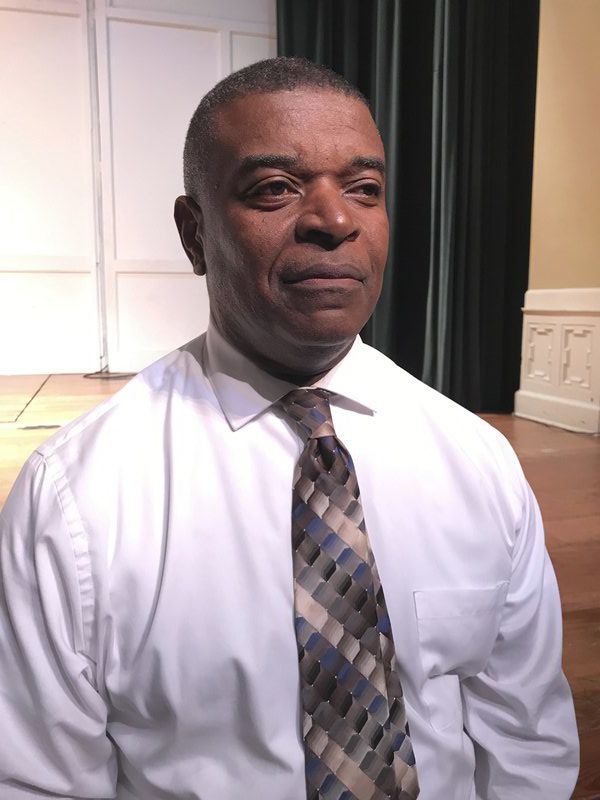 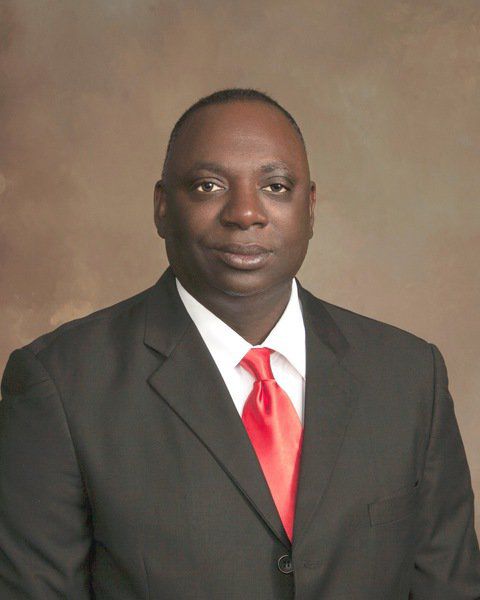 Terry Richards | The Valdosta Daily TimesLowndes County Sheriff Ashley Paulk said domestic disputes 'are one of the most dangerous calls you can go on.'

TIFTON — Domestic abuse cases can be chaotic, dangerous and even deadly.

As a Colquitt County Sheriff’s Office criminal investigator, he has dealt with many domestic abuse cases.

“One of the most important steps is going to be separating the two parties involved,” he said. “That way you can get a side of the story from each person without input from the other party.”

That emotional, chaotic nature is the reason why most departments have a policy of sending at least two officers to a domestic call, Hyman said.

While the primary victims of abusers are significant others and children they share, authorities in the SunLight Project coverage area of Dalton, Moultrie, Thomasville, Tifton and Valdosta say domestic violence calls can be just as dangerous for responding officers, especially if guns are involved.

Even without the presence of firearms, domestic calls pose a high risks for officers.

"We ask dispatch to gain as much information as possible while officers are on the way there, such as are there any weapons involved, if so what type,” he said. “We try to park adjacent to or away from the front of the residence and listen, then walk up to the residence and announce. We're listening for what type of activity is happening inside the residence, what is actually verbal or physical.”

Officers always worry about weapons when responding to domestic calls, because even the victim can turn on responding officers while an arrest is underway.

Hyman said officers double up on the calls not only to separate the parties and get each side of the story but to watch each other’s backs.

“I’ve been in situations where we had an aggressor and when we go to arrest them, they start fighting,” Hyman said. “Then I’ve had the victim see we’re arresting their spouse or boyfriend and they jump on me to try to help them out.”

"Statistics show if an officer can survive the first minute of the domestic violence call, the chances increase dramatically for officer safety as the investigations continue,” he said.

Rich said law-enforcement officers must take every precaution to prepare themselves on how to diffuse the situation for a successful outcome for the officer, the victim and other innocent parties involved, as well as the offender.

Rich could not recall an incident where a gun was turned on officers during a response, but the department has had incidents where other types of weapons have been used, and officers had to defend themselves.

Hyman and Cannon say it’s not common for their officers to deal with firearms during domestic calls. Cannon’s experience has seen more “weapons of opportunity,” something picked up to defend one’s self rather than a gun — a blunt object,  knife or more likely hands and feet.

Hyman said the Tifton Police Department hasn’t experienced many domestics where firearms are involved, but if they are involved, it’s a situation that has been an ongoing, escalating issue.

Both the Whitfield County Sheriff’s Office and the Dalton Police Department did not report any instances of officers either being threatened or shot at with a gun while responding to a domestic call.

If the abuser is shooting a gun, then it’s more likely they’ll kill the abused, Serenity House Shelter Manager Melissa Sparks said, but that happening is a rare occurrence.

While firearms may not be the typical weapon in domestic violence cases, guns prove more deadly for victims of abuse than other weapons or forms of abuse.

Firearms are more likely to result in more widespread deaths of children, other members of the victim’s family and any law enforcement responding to a call for help.

In Thomasville, Watkins said a family violence subject fired at sheriff's officers when they reached the incident location on West Jackson Street. The subject shot at deputies with an AK-47 assault-type rifle.

Domestic disputes "are one of the most dangerous calls you can go on," Lowndes County Sheriff Ashley Paulk said. "A large number of law-enforcement officer deaths take place on domestic calls."

Paulk answered a domestic violence call during his first term in the 1990s where a man was holding his wife and daughter hostage.

When he got to the house, Paulk said he discovered the man was a good friend and he knew the whole family by name. That didn’t stop the man from pointing a shotgun at the sheriff and Paulk had to jerk the gun from the man’s hand.

Though he couldn't document it, Paulk said he has heard Lowndes County's first deputy to die in the line of duty — in the 1850s — was killed while dealing with a family violence situation.

The Tift County Sheriff’s Office has had one deputy killed in the line of duty. The officer was responding to a domestic call.

Merritt was not supposed to be working that weekend but was filling in for another deputy when he responded to the call and was shot by the aggressor. The man pleaded guilty to murder and later died in prison.

On the state level, there are two pieces of legislation targeting domestic abuse; legislation which could save the lives of victims and law enforcement.

House Bill 137 and Senate Bill 150 would prohibit people convicted of family violence offenses, including misdemeanor offenses, from possessing or carrying a firearm.

State Sen. Jennifer Jordan, D-Atlanta, who introduced SB150, is hoping the legislation will get through the floor and to the Senate rules committee.

"The hope is that we'll be able to get it through," Jordan said. "It's a really common-sense piece of legislation that law-enforcement officers are behind, district attorneys are behind and it makes sense because it saves lives."

Opinion about the efficacy of the proposed law is mixed.

Watkins of the Thomas County Sheriff's Office said a federal law, the 1996 Lautenberg amendment, has prohibited domestic abusers from shipping, transporting or owning firearms or ammunition. It is a felony under federal law.

"I am glad to see that our Legislature has caught up with this 23-year-old law," Watkins said.

Thomasville Chief Rich could not recall an incident where a gun was turned on officers during a response, but the department has had incidents where other types of weapons have been used, and officers had to defend themselves.

"The law clearly defines if you are found guilty of violating the family violence law, your privilege to possess a firearm in the state of Georgia has been revoked,” the chief said. “Any law that is passed to prevent any violence and protect the community and all officers is a good law.”

Sparks said the question of should guns be taken away from those convicted of family violence would be a “double-edged sword question.”

“You can say ‘All right, he beat the crap out of her,’ but he’s a hunter and hunting’s his life,” the shelter manager said. “You just have some people that shouldn’t have guns and some people that can handle it. But I think if he threatened to kill her with a gun, no, he should not have a gun.”

Of course, abusers and firearms are a dangerous mix, but he wonders how to hinder the bill's hidden agendas.

“When you pass these ordinances over time — five, 10, 15, 20 years — they can expand and they can be abused or used as a tool to just take weapons away from you if you don’t watch it,” said Nagy, a retired lieutenant colonel in the Marine Corps and adviser to the Colquitt County High School Junior ROTC program.

Safeguards are his answer to making the bill better.

“If they can make safeguards to make sure this thing is not fraudulently used in the future to take guns away from people who are law-abiding citizens, I would lean in favor of it,” he said.

“I don’t know that this person would even abide by that rule,” he said.

He and Sparks would rather see change or restrictions on drugs and alcohol since they encounter substance abuse more often in domestic violence cases.

“I would say that — and it’s a rough estimate — probably nine out of every 10 domestics that I’ve ever responded to — you’ll probably see this department wide, maybe even nationwide — would be that some form of substance abuse was involved,” he said.

Terry Scott wears several hats in the Thomasville community. A U.S. Army veteran, he pastors a church and is Thomasville mayor pro tem.

While counseling men and woman in abusive relationships, he said he has learned a lot of the violence comes from one's childhood.

"A lot of times, an abuser will use anything to get their point across and out of anger will use a weapon for leverage to make them feel like they are in control of the situation," Scott said.

However, Scott said, if an individual is a repeat offender, he said the state should have a law to remove the firearm rights for the protection of residents.

"Law-enforcement officers never know what they are walking into or responding to until they arrive at the scene where an abuser will feel intimidated, due to the fact an officer is carrying a weapon,” Scott said, “even though officers are trained on how to deescalate the potential violent situation.”

He suggests letting the community know how police officers are trained and how they expect the public to comply when they are approached by an officer.

Domestic Cases by the Numbers

Out of the 566 reports, only 10 cases involved firearms.