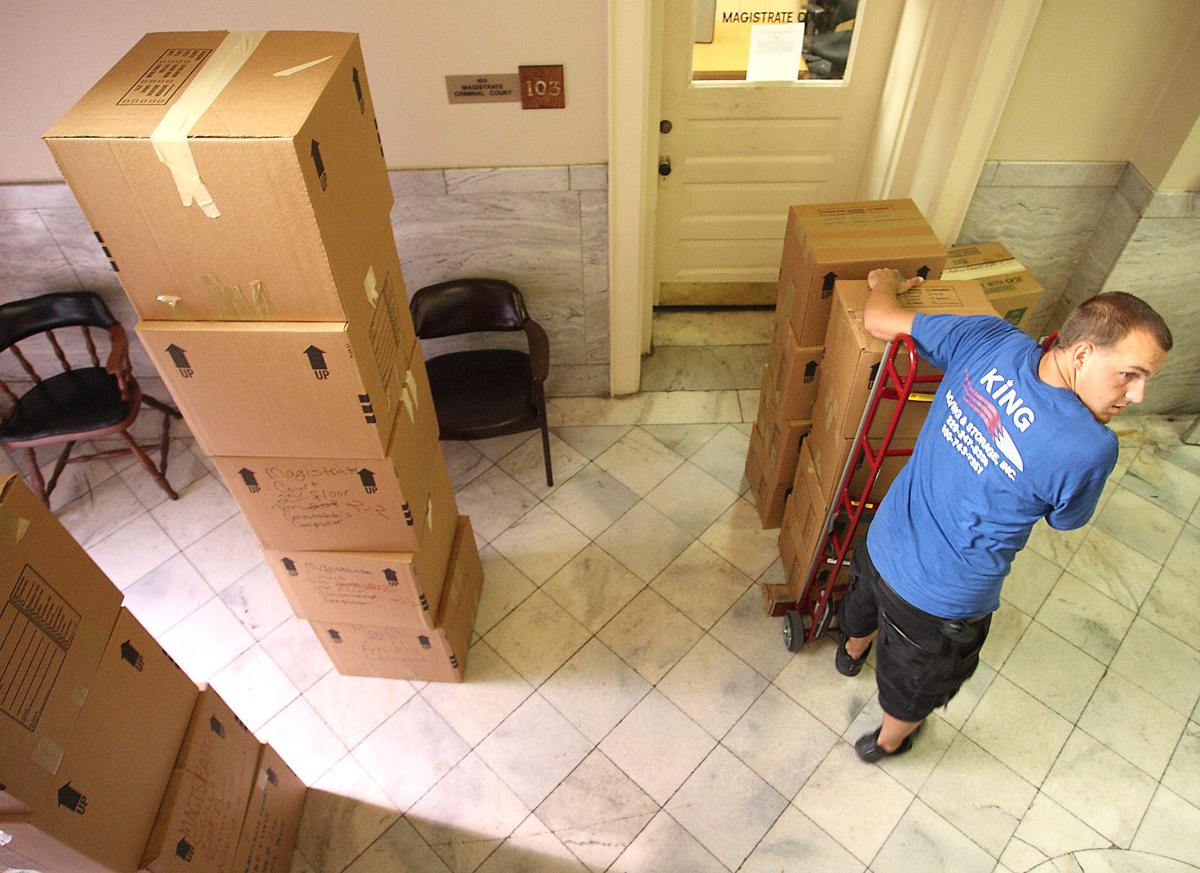 Davis Dubose with King Moving and Storage loads boxes packed and ready to be moved from the old Lowndes County Courthouse to the new Lowndes County Judicial and Administrative Complex. 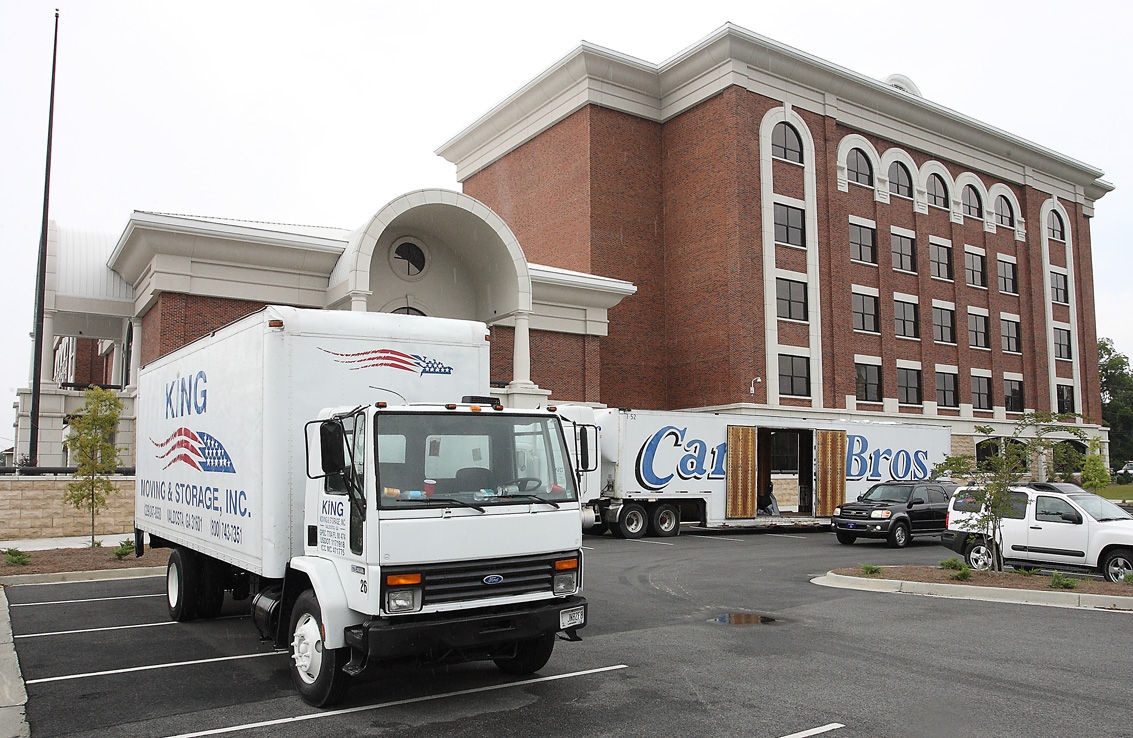 King Moving and Storage trucks line up in front of the Lowndes County Judicial and Administrative Complex.

Davis Dubose with King Moving and Storage loads boxes packed and ready to be moved from the old Lowndes County Courthouse to the new Lowndes County Judicial and Administrative Complex.

King Moving and Storage trucks line up in front of the Lowndes County Judicial and Administrative Complex.

With a decrease in tax collections, the county has had to decrease staff and take other reductions in order to meet its obligations. At the meeting, Finance Director Stephanie Black explained the budget, which includes all of the county functions such as water/sewer, fire/rescue, and 911 operations. The county must also fund constitutional and mandated expenses, including the health department, juvenile court, public defender, board of elections, state, probate and superior courts, coroner, and sheriff’s office.

A large portion of the budget was reduced due to no new construction/capital projects planned, and cuts were made in nearly every department and function under the county’s purview.

No raises are budgeted, travel allowances have been reduced, and other staff expenses have been eliminated or reduced as well.

With a reduction in sales tax collections, property tax collections and decreased building activity, revenues are expected to decline for this fiscal year by at least $2 million on top of other reductions already taken.

In addition, County Manager Joe Pritchard informed the commissioners Monday that due to the lag in tax collections, in order to keep the county running efficiently, the commissioners need to consider approving a Tax Anticipation Note.

“It will be there if we need it. Many agencies and other governments use this and it is necessary to have this as a tool available to us, but it will only be used as a last resort,” Pritchard said.

Sheriff Chris Prine addressed the commission, saying he understood the need for the reductions, and he is doing his best to reduce expenses.

“We are doing all we can do to keep Lowndes County safe ... and we are doing what we have to do to make it work.”

County Chairman Ashley Paulk said he and Robert Carter, both former sheriffs, understand the difficult position Prine is in, adding, “We are very hopeful that this economy will change.”

Pritchard said two additional constitutional officers had intended to attend the hearing, but both were detained by work obligations.

According to Pritchard, both Probate Judge Terri Adams and Clerk of Courts Sara Crow have requested to be able to fill open positions in their offices due to retirements or illness.

Pritchard told the commissioners that these two positions are not included in this fiscal year budget, but the requests were presented for their consideration.

The commission will vote on the budget at a meeting Monday, July 19, at 8:30 a.m. at the county offices on Savannah Avenue.

In other business, at the county work session, the commission discussed the following, which will be presented for action at its meeting tonight at 5:30 p.m.:

• An appointment to the Zoning Board of Appeals;

• The consideration of several additional agenda items, including a beer and wine license for JM Food Mart on Statenville Highway.

In an effort to ensure that the public is informed concerning the costs of recent construction projects in Lowndes County, County Manager Joe Pritchard supplied the following list. Pritchard said all of the projects are part of SPLOST VI, and by the time collections for the SPLOST are complete in 2013, all of the buildings will be paid for. In addition, no new personnel or positions have been added to staff any of the new facilities.

Lowndes County Judicial and Administrative Phase I and II

Total of all Costs: