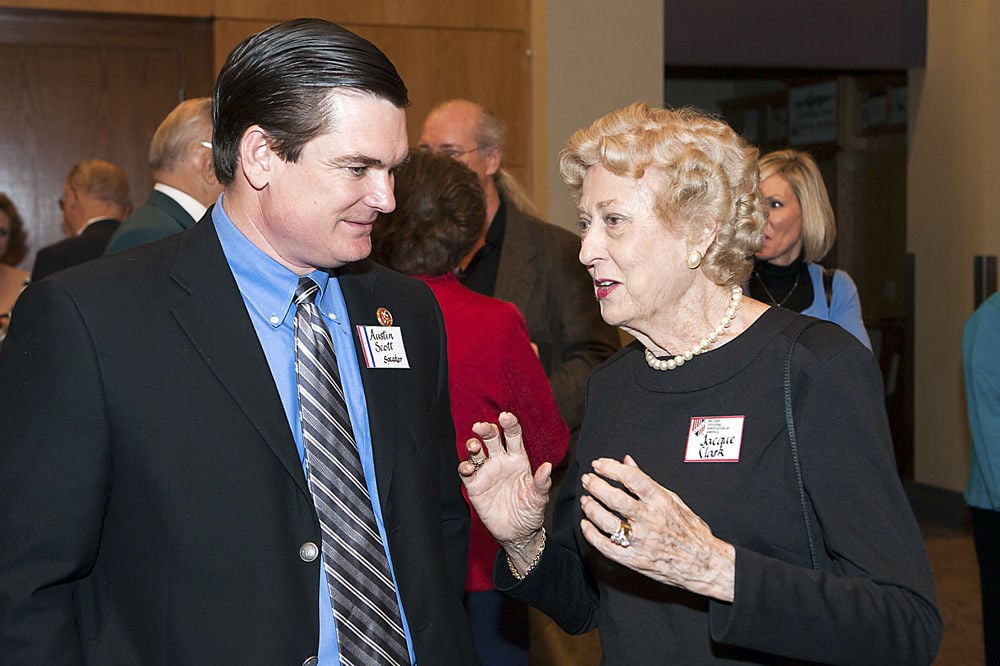 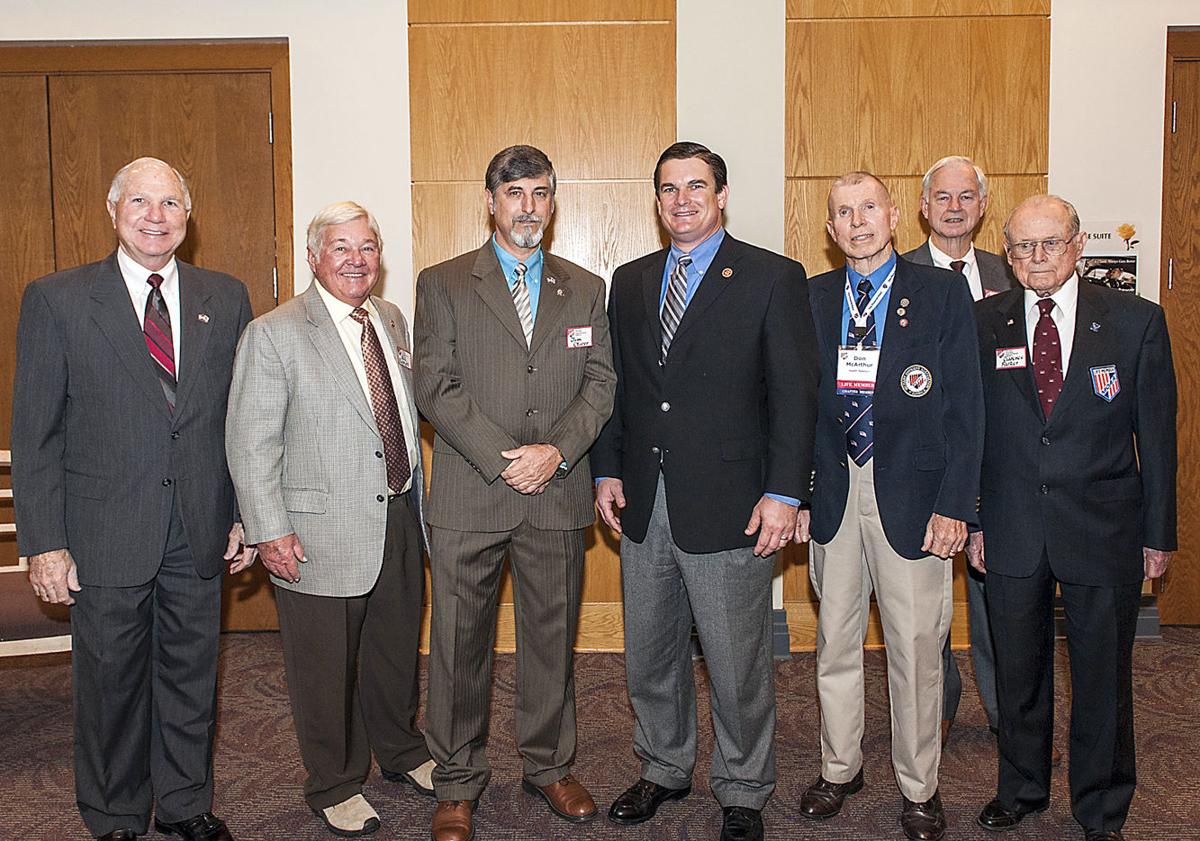 With all of the demands placed on military personnel and their families, and all of the sacrifices made, the Obama Administration “is asking our military to carry 50 percent of the budget cuts,” Scott said.

He conceded the military could spend less, but is appalled by “the idea we’re going to create legislation that could be so damaging to the military.” Scott advocates the idea that military base commanders should recommend possible military cuts.

From Tifton, Scott represents the district which now includes a large swath of Lowndes County. Elected at the age of 26 to the Georgia General Assembly, he spent 14 years in the state House. As a congressman, Scott serves on the agriculture and armed services committees in the GOP-controlled House of Representatives.

During his short speech, Scott discussed the recent fiscal cliff as well as the coming political and economic battles.

Early in the speech, Scott said he is proud to be an American, but later returned to the theme, noting he is embarrassed by recent events such as the fiscal cliff negotiations.

“I am proud to be an American, but I’m not proud of what’s happening in Washington,” Scott said.

He opposed the last-minute New Year’s Day deal for the fiscal cliff, adding that the nation will face even more showdowns in the coming 60 days: sequestration of the federal budget, the debt ceiling, etc. Washington’s focus should concentrate on these economic, spending, deficit matters, but Scott said the President will also address gun control and immigration within the next 60 days.

Scott mentioned the rising debt since Obama took office in 2009, claiming it has reached $17 trillion. Scott said the President will not get a deal from the House on debt without some major concessions on spending cuts. He said the nation’s growing deficit by $3 billion per day will not end overnight, “but we’re going to change the trajectory of government spending in this country.”

He also said the government has undercut business’ confidence in the economy. “As soon as people who employ 10 people get comfortable hiring 11 people, the economy will improve.” But current federal economic policies and guidelines make that impossible. He mentioned the military’s long history of abiding by the stances of conscientious objectors. Why can’t businesses be conscientious objectors without facing stiff penalties?

Scott fielded questions from the MOAA audience of mostly retired military officers and their spouses.

Scott responded. 1) The House has passed a budget but the Democrat-controlled Senate has failed to approve a budget; 2) congressional leaders represent the people who elected them to office, noting that people are electing leaders who represent their shared values.

Saying he believes the President’s nomination for Secretary of Defense will decimate the military, Bob Ator asked for Scott’s opinion on former GOP senator Chuck Hagel. Scott said the Hagel nomination serves as another example of the President not listening to Congress, adding Hagel’s past controversial comments regarding Israel have many people concerned. Scott added he has respect for current Defense Secretary Leon Panetta for his willingness to publicly disagree with the President’s proposed military budget cuts.

Scott was asked when economic issues come down to the wire again, if he and his fellow Republican congressmen will have the guts to stick to their guns. Scott said with liberals demanding their free cell phones from Democratic congressmen, GOP leaders will need “help from the people back home saying we have to get the deficit under control. … We’re going to have to stay strong and make cuts. We don’t have a choice any more.”

Forrest Williams expressed disgust for the media being “in bed” with the President. Scott said media bias has been extremely in favor of the President. The congressman added that he understands that politics and legislation is a matter of “give and take but I’m tired of (Obama) taking.”

Norm Conant asked how Congress could overcome non-related “riders,” or perks for specific regions, to secure the passage of legislation. Scott advocated creating single-subject legislation similar to the procedure used by the Georgia General Assembly.