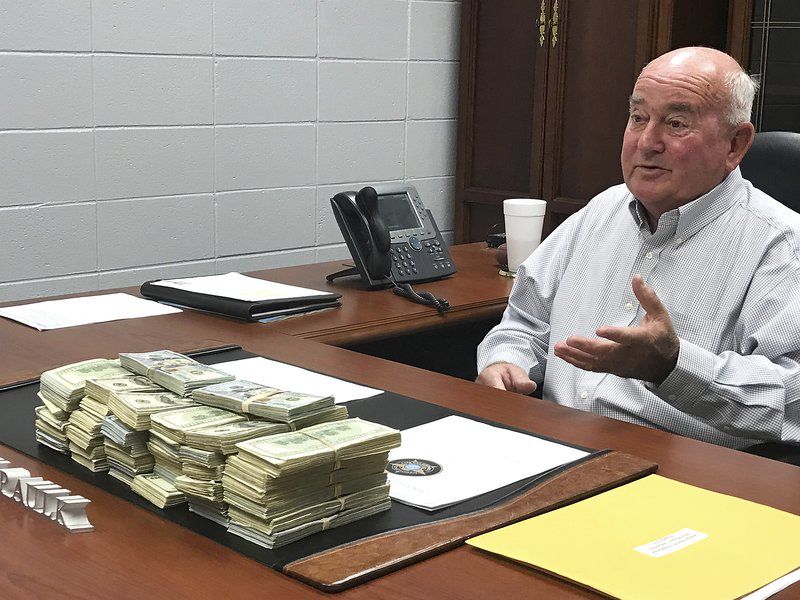 Derrek Vaughn | The Valdosta Daily TimesLowndes County Sheriff Ashley Paulk speaks about the $400,000 cash that was seized during a January traffic stop and later returned after an investigation could find no connection between the money and criminal activity. 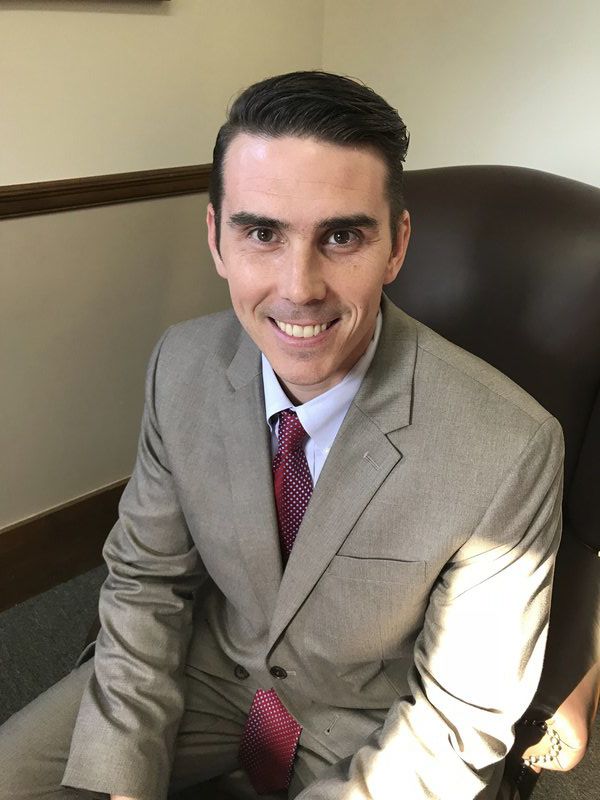 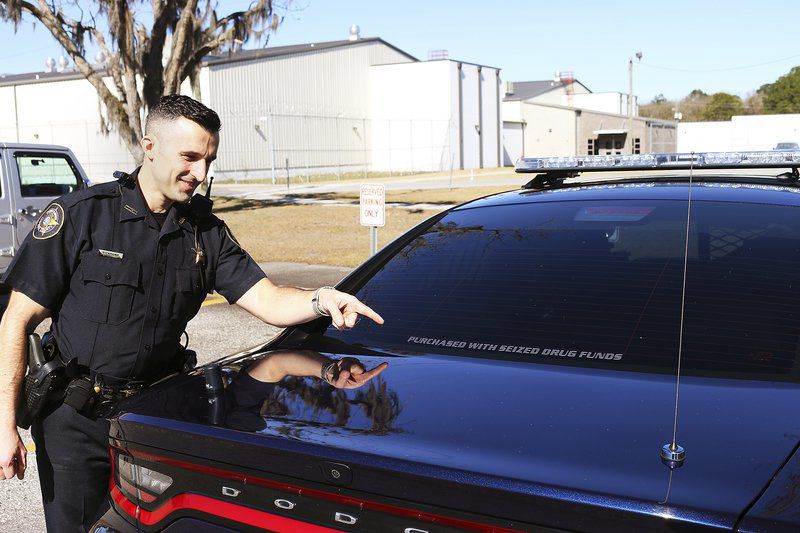 Derrek Vaughn | The Valdosta Daily TimesDeputy Donald Richmond with the Lowndes County Sheriff's Office points to the sticker on his patrol car indicating the car was purchased with seized drug funds. 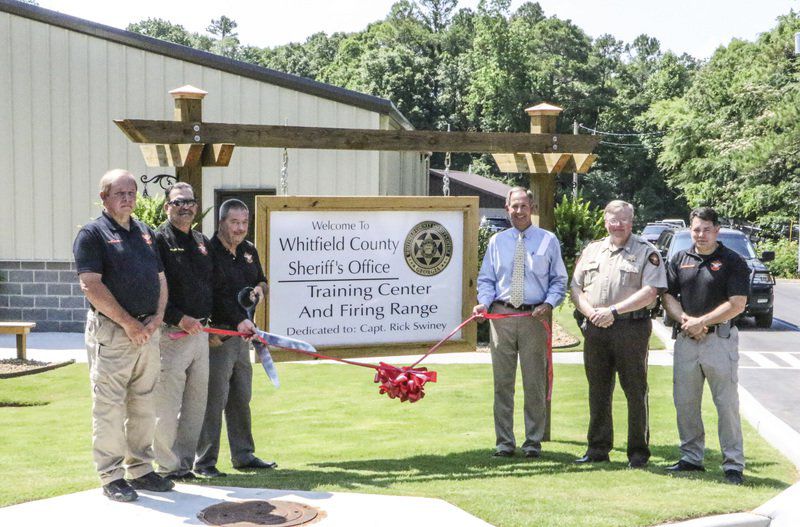 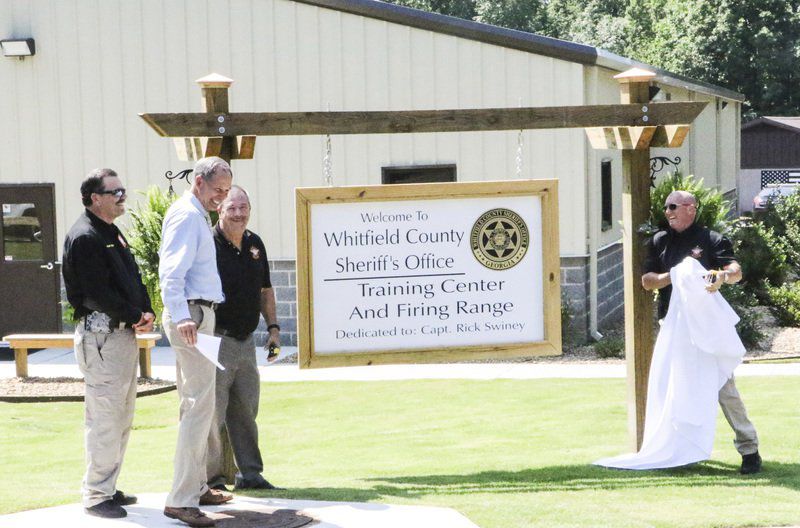 Mitch TalleyWhen the Whitfield County Sheriff’s Office opened its new training facility last year, officials boasted it was state of the art and it didn’t cost taxpayers a dime. The 5,000-square-foot facility and renovations of the existing shooting range cost about $300,000. It was all paid for with seized funds. 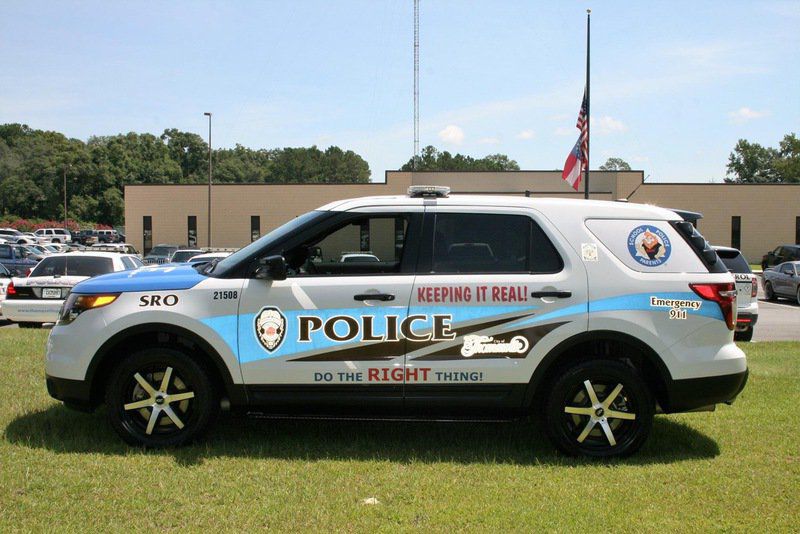 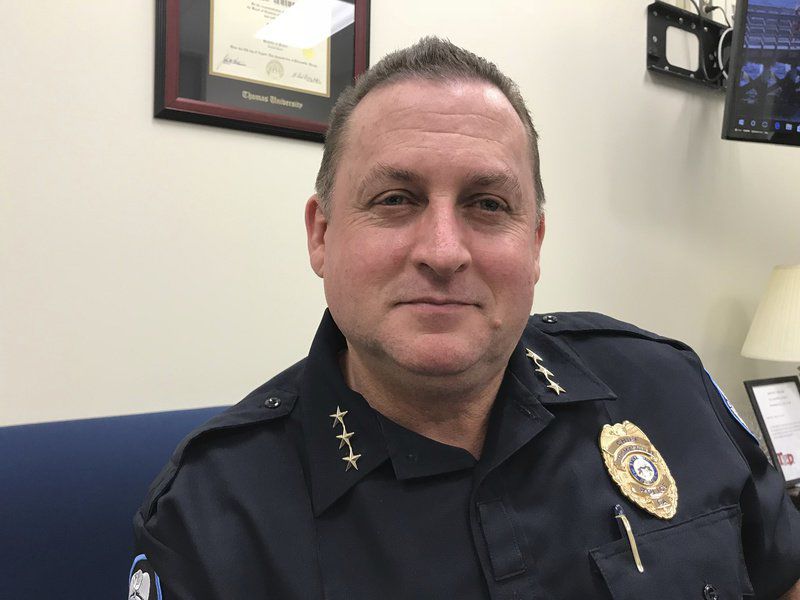 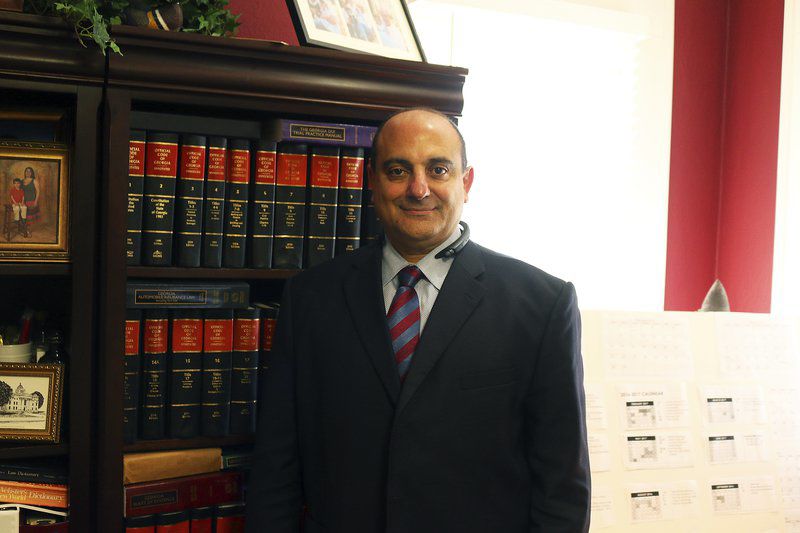 Derrek Vaughn | The Valdosta Daily TimesLowndes County Sheriff Ashley Paulk speaks about the $400,000 cash that was seized during a January traffic stop and later returned after an investigation could find no connection between the money and criminal activity.

Derrek Vaughn | The Valdosta Daily TimesDeputy Donald Richmond with the Lowndes County Sheriff's Office points to the sticker on his patrol car indicating the car was purchased with seized drug funds.

Mitch TalleyWhen the Whitfield County Sheriff’s Office opened its new training facility last year, officials boasted it was state of the art and it didn’t cost taxpayers a dime. The 5,000-square-foot facility and renovations of the existing shooting range cost about $300,000. It was all paid for with seized funds.

VALDOSTA — Lowndes County sheriff’s deputies seized $400,000 cash from an individual during a January traffic stop after a report was made of someone driving erratically.

The driver of the vehicle was driving with no license. In lieu of taking him to jail, the deputy offered to give the man a ride home; he was just a few blocks from his house.

The man grabbed a duffel bag. For the deputy's protection, he asked to see what was in the bag before placing it in his patrol car, Lowndes County Sheriff Ashley Paulk said.

The deputy discovered $400,000 in cash consisting of $100 bills wrapped in rubber bands.

However, not being able to provide a sufficient reason for having the large sum of cash, the money was seized on suspicion of being involved in criminal activity, Paulk said.

While it is not illegal to carry any amount of money, it is legal for law enforcement to seize money.

It is the practice of civil asset forfeiture. Within the parameters of this practice, a person’s property including cash, vehicles, jewelry, guns, home, etc., can be seized without ever having to charge an individual with a crime.

In the case of the $400,000 seized by the Lowndes County Sheriff's Office, the money was eventually returned to the owner about a week later in the form of a cashier's check. Paulk said a thorough investigation found no evidence the money had been obtained illegally.

Law-enforcement officials argue civil forfeiture is an invaluable asset that can be used to fight crime and get criminals where it hurts them the most — namely their finances. Others argue the process bypasses constitutional protections and gives law enforcement incentives to abuse power.

"It’s good for the public because it’s taking money out of the criminal’s hands. ... They have to have money to operate,” Paulk said.

Lt. Paul Woods with the Whitfield County Sheriff’s Office said most of the cash and property seized by his deputies come from drug cases.

“Right off the top of my head, I can’t recall ever seizing anything that’s not drug related,” he said.

Dalton Police Department spokesman Bruce Frazier said the department had one seizure from 2017 involving a counterfeiting case and that is the only seizure from a non-drug-related case in the past three years.

Sgt. Chris Robinson with the Colquitt County Sheriff’s Office said his department's seizures of cash, cars and weapons were made as a result of felony drug investigations that resulted in arrests.

Milledgeville Police Department's Chief Dray Swicord said since 2016, no money or property had been seized without someone being charged with a crime. No money has been spent out of the MPD account in the past three years, according to the department.

How is the money used?

In 2015, a Georgia law went into effect providing new guidelines for seizures of property and for the reporting of the seizures; the law also provided rules on how the money could be spent. For example, seized funds cannot be used for law-enforcement salaries.

When the Whitfield County Sheriff’s Office opened a new training facility last year, officials boasted it was state of the art and it didn’t cost taxpayers a dime. The 5,000-square-foot facility and renovations of the the existing shooting range cost about $300,000 — all paid for with seized funds.

Frazier of the Dalton Police Department said most seized assets have been used to pay for various training classes for officers and costs for cell phone communications.

“When we have seized vehicles, they are usually sold at auction and converted to monetary funds,” he said.

Money seized in the Thomas County Sheriff’s Office is divided among the sheriff’s office, the police department and the Southern District Attorney’s Office.

The Ocmulgee Drug Task Force is a multi-jurisdictional task force responsible for law enforcement in relation to crimes involving drugs. In 2017, the task force seized a little less than $128,000 including cash, old cars, land, a home and a shop.

The money is used to pay for phone bills, specialized equipment, vehicle maintenance, money used in undercover buys, money to pay for information — all the nuts and bolts for the day-to-day operations for the task force.

Paulk said Lowndes County seized funds have been used to buy several cars for the department. The cars are marked as having been purchased with drug-seized funds. Various equipment and weapons have also been bought with seized funds.

“There is no incentive salary wise for a deputy to seize money,” Paulk said.

The act of civil asset forfeiture has its share of critics who argue the process is unjust and creates a for-profit enterprise for law enforcement.

Amendment 5 to the U.S. Constitution says no person shall “be deprived of life, liberty, or property, without due process of law …”

Georgia law says property may be seized if a “preponderance of the evidence” suggests the property is connected to a crime.

Sam Dennis, a Valdosta criminal defense attorney, said, “A property owner, to get the property back, must prove that it isn’t criminally connected, which means that a citizen must prove a negative in the face of a government suggestion.”

Depending on the amount seized, it can sometimes be more costly for a person to fight to get their property back than to just forfeit the property to the law-enforcement agency.

“I find this to be repugnant to American jurisprudence and contrary to the promises of our Constitution,” Dennis said.

Attorney Joe Cargile in Thomasville said a person who has property seized will need outside legal assistance in the forfeiture process.

Someone charged with a drug offense might have been traveling in a vehicle belonging to a parent or other family member at the time of arrest.

The vehicle used is sometimes seized.

“That can put you in a tough spot,” Cargile said. “The defendant might not have been found guilty or entered a guilty plea, while the vehicle’s owner will say, ‘I’m an innocent owner.' You want to protect those property owners’ cases.”

As for the argument the practice creates a “for-profit” motive, Dennis said, “the proceeds from these seizures go directly to law-enforcement coffers giving them a direct incentive to abuse this power.”

The change of law in 2015 did require agencies to report their seizures and how their monies are spent. However, there is still no oversight committee that holds law-enforcement agencies to task.

The reports can also be vague in the description of how seized funds are used. Reports filed by Lowndes County have many entries simply stating funds were used for “the purchase, lease, maintenance and improvement of equipment, law-enforcement facilities and detention facilities” or simply, “investigation.”

“While we are lucky in Lowndes County and Valdosta to have generally good law enforcement and district attorneys/solicitors," Dennis said, "there is still significant abuse in our state, and statutory reform is needed.”