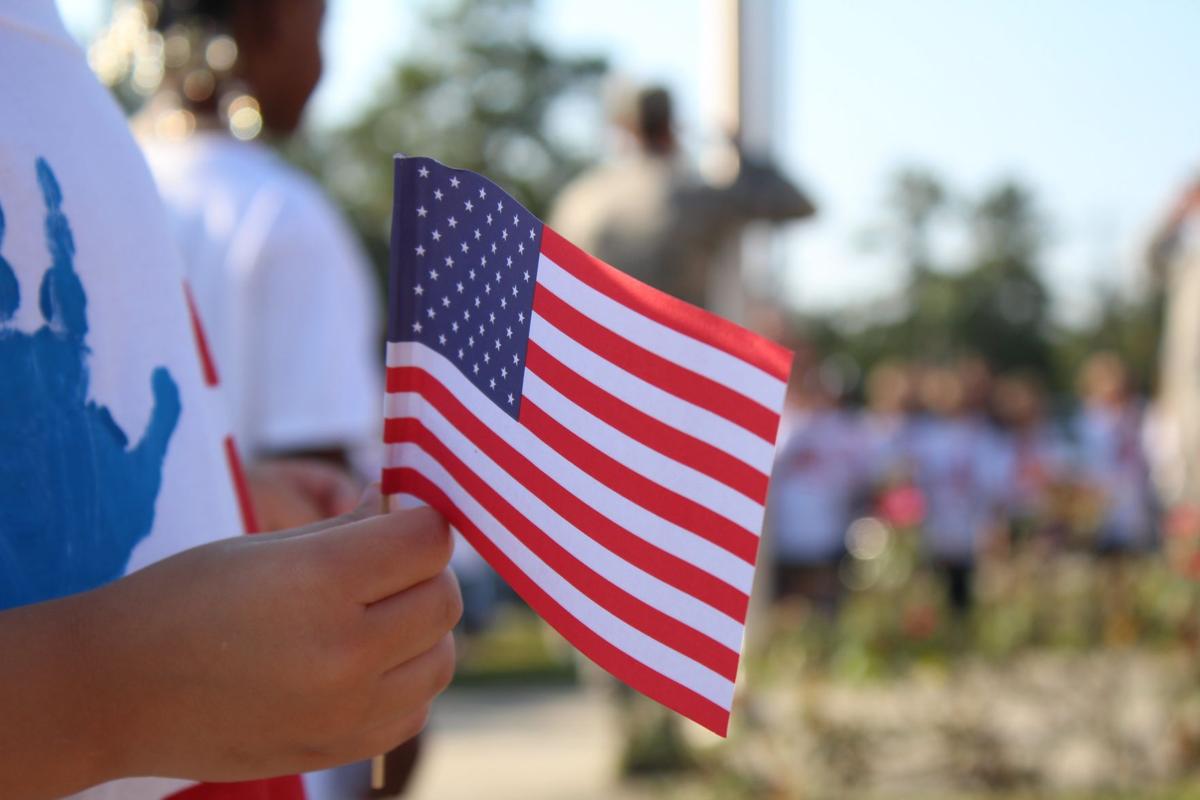 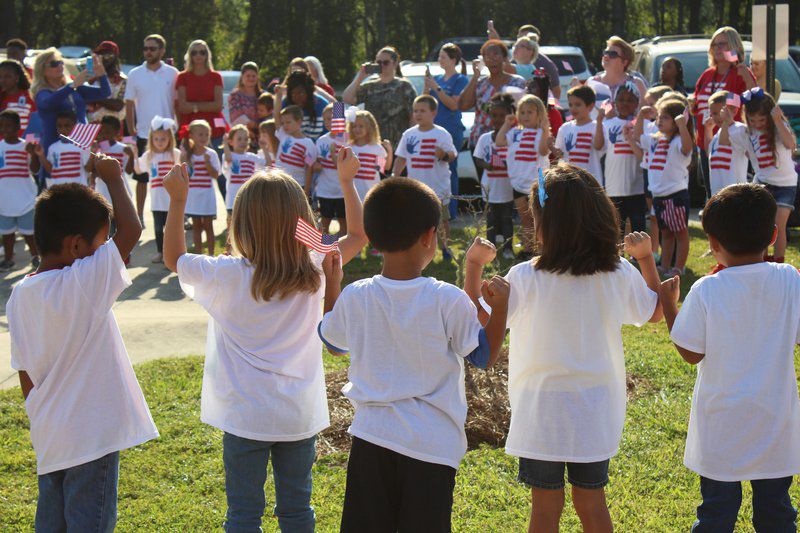 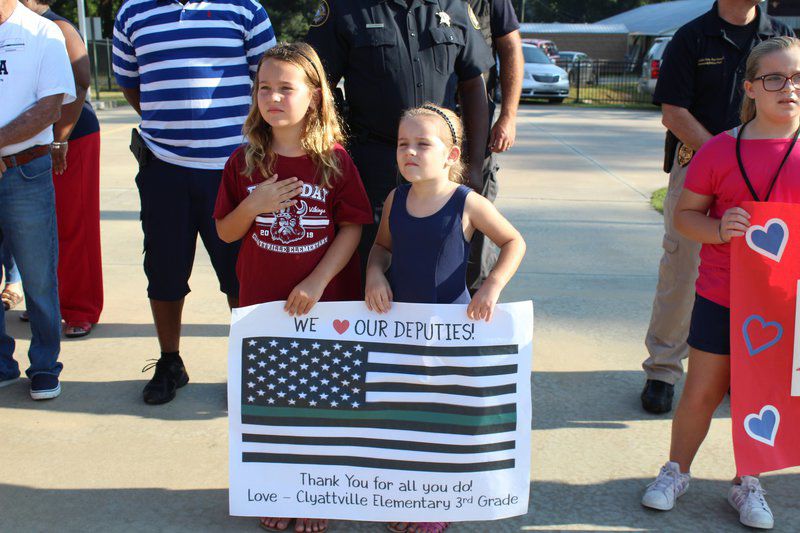 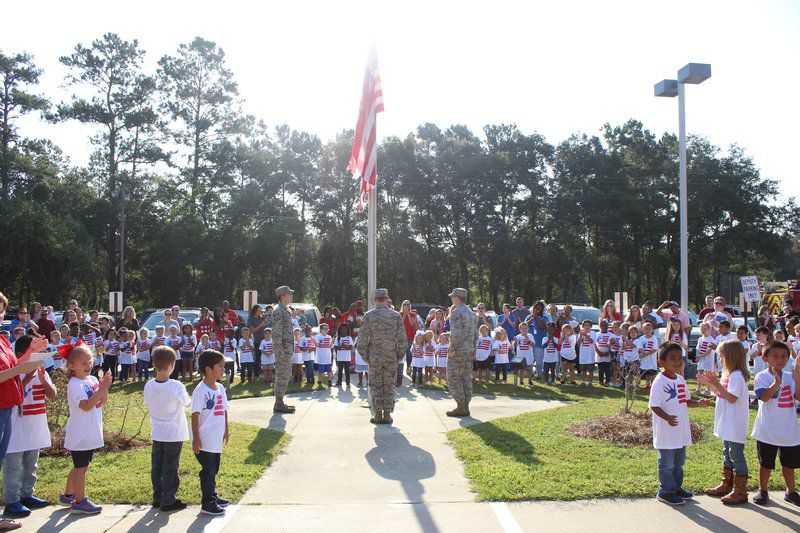 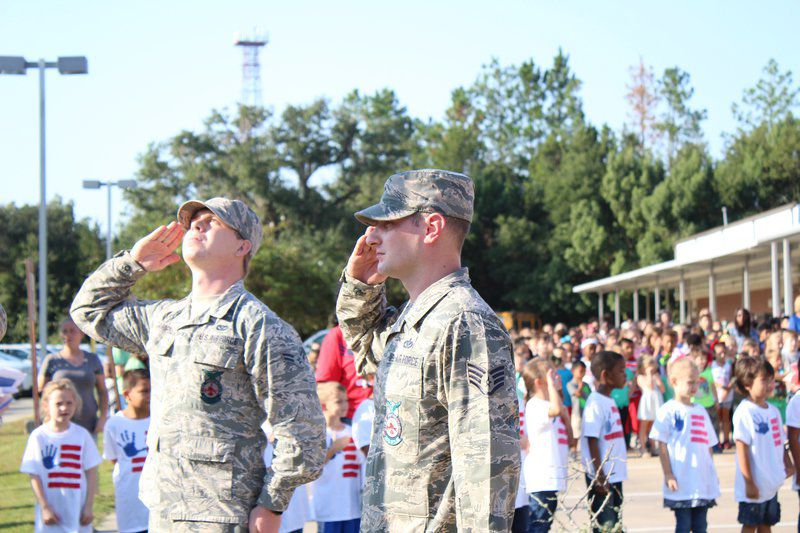 CLYATTVILLE — Of the more than 600 students at Clyattville Elementary School, not one of them was alive when 9/11 happened.

Fifth-grader Blayden Ray knows that, but she said she won’t forget 9/11 regardless.

“On this day, we are praying, forgiving and remembering,” Ray said. “We can forget some things but never forget 9/11.”

“We think it’s very important for them to understand history,” Barry said. “It hits home for some of our students whose parents are in the military, and we have staff who are veterans. Also, our theme for our kindergarten students are heroes — we want them to understand what a true hero is.”

Students from each grade handed the various groups of first responders a packet of letters students wrote to them.

Barry said it’s a special moment to see students interacting with community members, especially those who risk their lives for them and other people in the community.

“We want to make sure that the message stays at the forefront of their mind and to tap back into our history and say if it had not been for these people who gave their lives, some people would not be alive today,” Barry said.