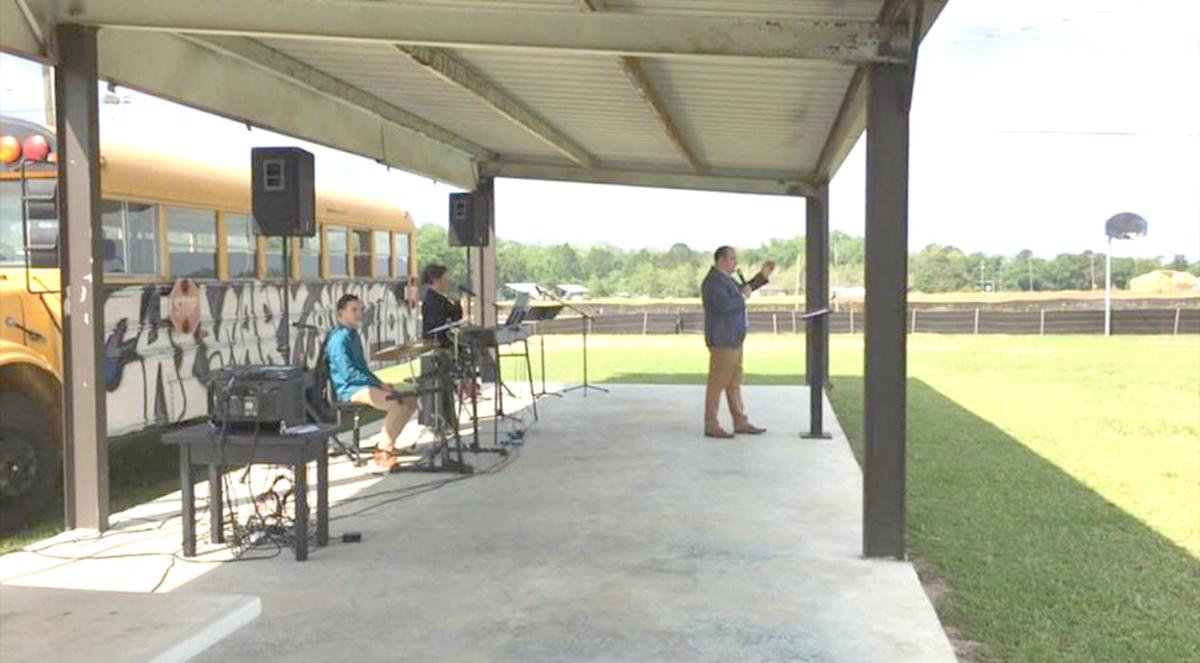 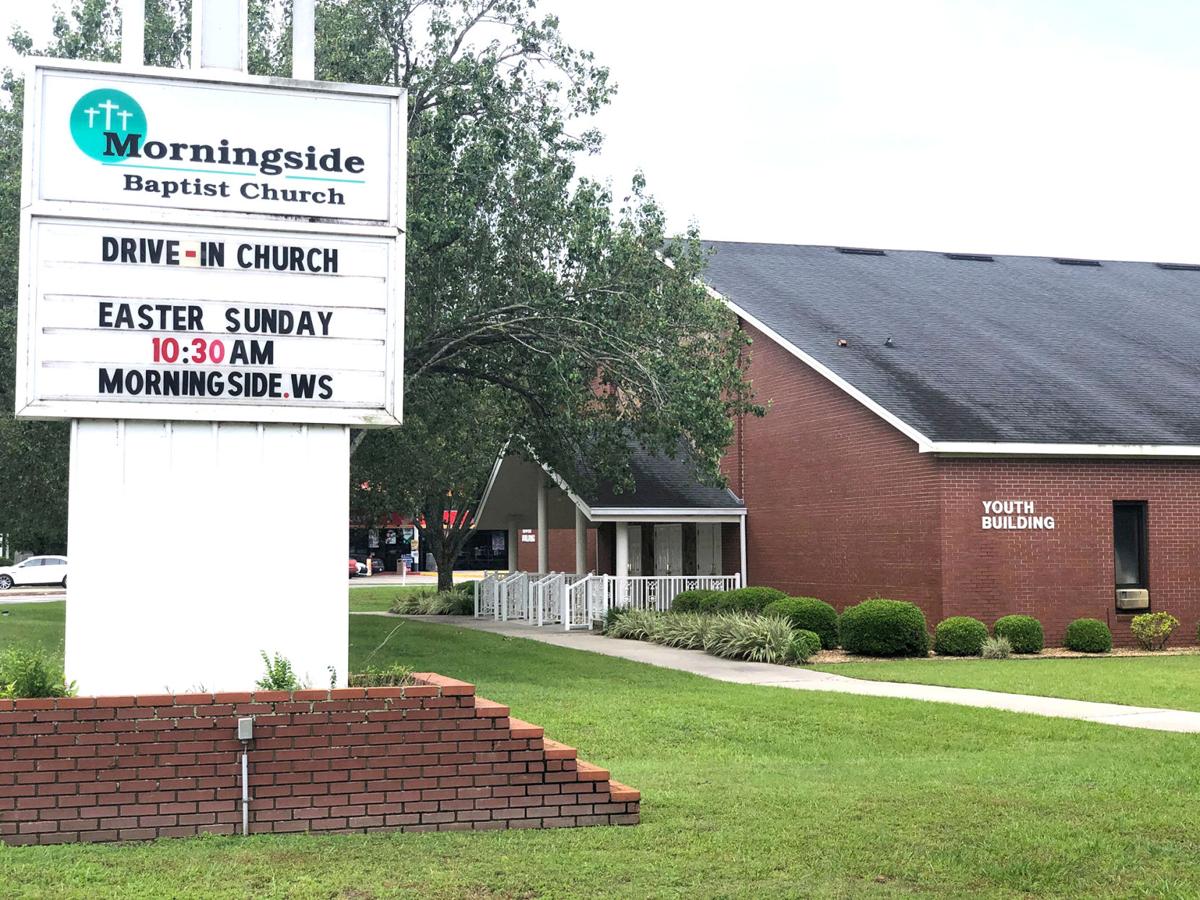 Morningside Baptist Church in Valdosta is planning to have a drive-in service for Easter Sunday. 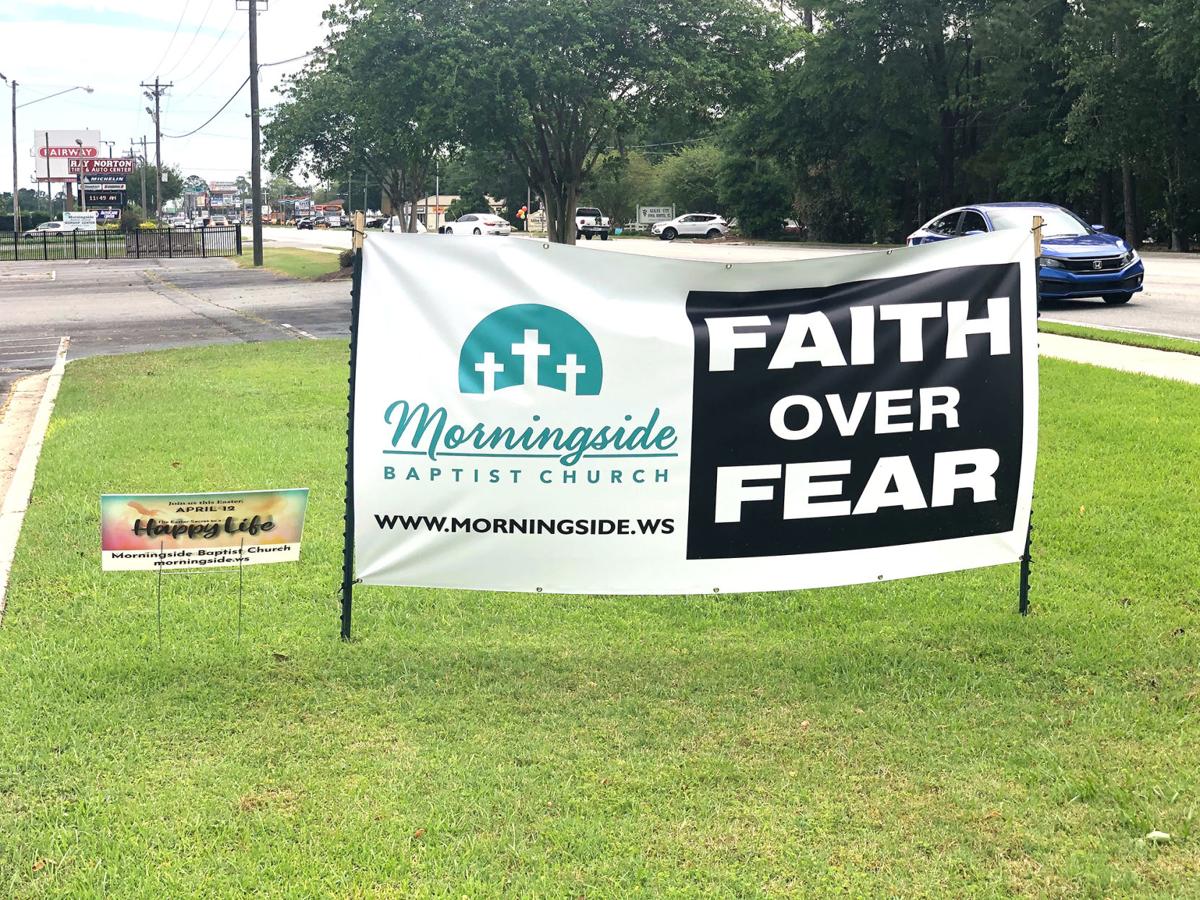 VALDOSTA — Easter services at some churches may mean the congregation keeps the motor running this year.

“Some will run the engine to keep the car air-conditioner on,” said Dr. Wayne Robertson, pastor of Morningside Baptist Church on Connell Road.

With the arrival of the COVID-19 coronavirus epidemic, some places of worship have turned to drive-in services to keep worshipers together — even with confusion among state officials as to whether these services are legal or not.

Then, Kemp issued a statement Friday urging people not to attend Easter services in person.

"For example, people will leave their cars to let their children play, go to nearby restrooms, or otherwise congregate," the statement said.

Robertson said he decided to take his cue “directly from the horse’s mouth.”

The governor appeared in a webinar for pastors held by a statewide Baptist church organization some time back and told members directly that church services in the parking lot were all right, he said.

Morningside will have its first-ever drive-in service April 12, Easter Sunday, at 10:30 a.m. Robertson said the precautions laid down by the governor include no bathrooms, no childcare and everyone has to stay inside their car.

“There will be no handshaking, no hugging,” he said. Robertson urges people who are ill or have serious health concerns to stay home.

People attending will listen to the sermon over their car radios thanks to a low-watt FM transmitter, the pastor said. He expects the service to be a brief one.

“if you’re not going to offer restrooms, it better be brief,” Robertson said.

“Maybe it's not the Easter Sunday service you would have wanted, but it’s the closest thing we can do,” he said.

The pastor of Calvary Connection Pentecostal Church on Knights Academy Road said he got his drive-in assurance in writing from the mayor.

The mayor said the drive-in plans are acceptable, he said.

Easter Sunday will mark three weeks in a row Calvary Connection has had the pull-up-and-park services, Smith said.

“The first time, people could drive up, get out of their cars and sit in chairs,” he said. “But as mandates tightened, we told people to stay in their cars. … There will be no physical contact at all.”

During last Sunday’s service, “about five or six” cars arrived with several people each, Smith said. On a normal Sunday, attendance runs from 40-50 people, he said.

“Many people are still unsure or afraid,” Smith said.

Regarding Kemp's Friday remarks asking people to stay home Sunday, the pastor said the governor's plea for people not to go to live Easter services is only a request, not an order. He said Calvary Connection will continue to offer drive-in services unless an official mandate forbids it.

"For many people in Valdosta, church, especially Easter Sunday, is an essential," he said.

The Easter service at Calvary Connection will be 10:30 a.m. Sunday.

At one church in Echols County, an abundance of caution led one church to cancel drive-in gatherings after two weeks.

At Statenville Church of God, about 150-160 people pulled up in autos for church the past two Sundays, Pastor Tyler Carter said.

Then COVID-19 stepped in.

“I had made a commitment to the staff and the congregation to call it off if a case of coronavirus was found in Echols,” he said.

“Common sense broke out,” Carter said, and the church suspended the practice. Government officials never asked them to stop, he said. “We decided to err on the side of caution.”

The church relies on online streaming to provide services to its members, Carter said.