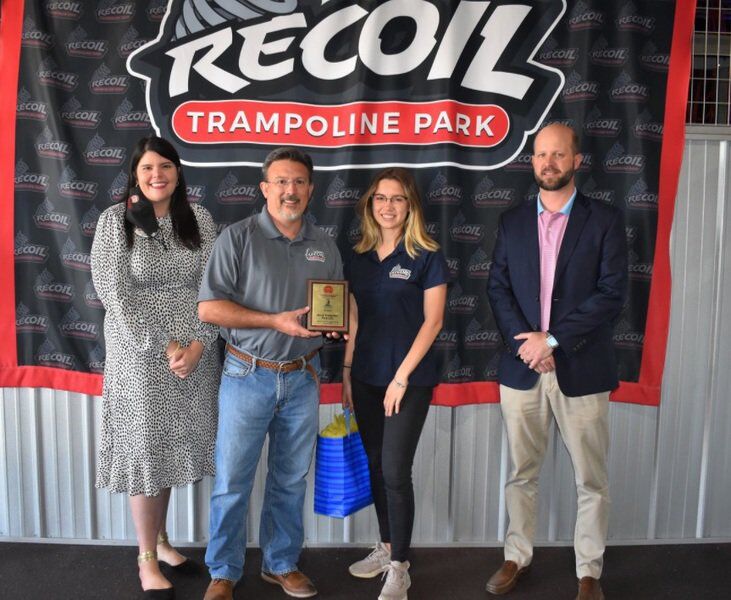 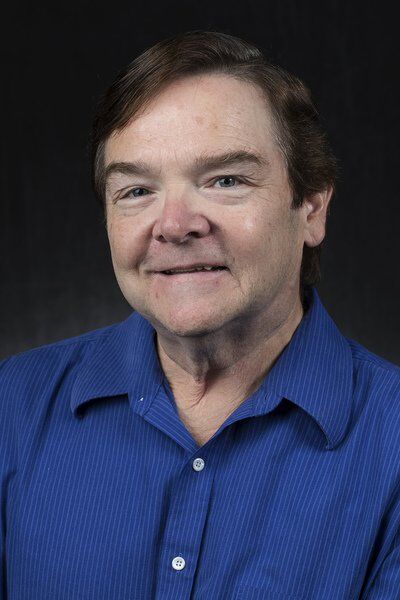 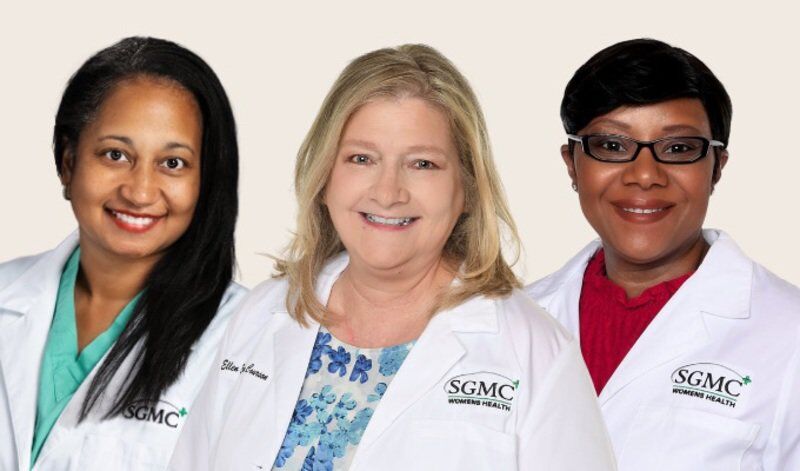 Jump, dodge, dunk and swing: These are the words that owner Trent Coggins feels describe his unique business best, chamber officials said in a statement.

Recoil Trampoline Park is an indoor facility that offers wall-to-wall flipping fun for the whole family. Guests can defy gravity with more than 60 different trampolines in the park. In addition to trampolines, Recoil offers dodgeball, basketball goals, a ninja course and a swinging trapeze complete with a foam pit.

"While these attractions are popular for many, younger guests have a special spot geared towards them called Puddle Jumpers," chamber officials said. "This is for those 8 years old and younger.

"Open just shy of two years, Recoil has already gained a great deal of popularity in the community. They have been recognized as the 'Best Kids Party Place' in the Best of South Georgia by readers of The Valdosta Daily Times."

“Our community gives a lot to Recoil and we try to give back,” Coggins said.

With children being the primary customers, supporting local schools and education is a top priority for Recoil.

“We sponsor as many schools as possible,” he added.

Coggins and his team have supplied many sponsorships and have donated face masks to students to ensure a safe return to school, chamber officials said.

Recoil even took an educational stance creating a “STEM Challenge” using Recoil’s Ninja Course. Students were challenged to calculate the number of foam cubes in the pit using math. In partnership with local schools, students learned about dimensions, volume and units of measurement in a real-life scenario, chamber officials said. Participants submitted their findings via video competing for a prize of a party at Recoil.

The partnership is part of SGMC’s goal to develop a comprehensive women’s health care program for the region, hospital officials said in a statement.

Their practice, SGMC Women’s Health, will provide experienced obstetrical and gynecological care. Together, the physicians have 60 years of experience and are all board certified by the American College of Obstetricians and Gynecologists, hospital officials said.

Courson is a native of Valdosta and a graduate of Valdosta High School and Valdosta State University. Courson received her medical degree from the Medical College of Georgia where she also completed her residency.

She has practiced in Valdosta since 1991 and also serves as an associate professor of obstetrics and gynecology at MCG and the Philadelphia College of Osteopathic Medicine.

“I am proud to partner with the hospital in which I was born, in which I was the first female surgeon, and in which my son, Seth Courson, DO, now practices by my side," Courson said. "I am looking forward to this new adventure while remaining committed to delivering the same care I have provided to the community for the last 30 years.”

Taylor is also a native of Valdosta and graduate of Lowndes High; she received her medical degree from MCG and completed her residency at the University of Florida Health Shands Hospital.

In addition to delivering babies, Taylor is certified in the daVinci Robotic Surgical System which she uses to perform minimally invasive laparoscopic surgeries for hysterectomies, myomectomies, endometriosis resections and pelvic organ prolapse. She has been practicing in Valdosta since 2006.

“When we look for partnerships, it has to be with a company who will have the same expectations for excellence as we have and I feel we have this partnering with SGMC. I’m thrilled to continue to offer comprehensive health care with cutting-edge technology to the women of Valdosta, Ga.,” Taylor said.

McFarland is also a native of Valdosta; McFarland is a proud graduate of Lowndes High School and Georgia Tech, hospital officials said. She received her medical degree from MCG and completed her internship and residency at the Atlanta Medical Center. She has been practicing in Valdosta since 2006.

“I am so excited to begin offering care for the women in Lowndes County and the surrounding area through SGMC Women’s Health. It’s been a blessing to practice in the field I love, in the community where I was born and raised. This area has grown so much over the years and it is an exciting time to join the SGMC family,” McFarland said. “The expansion of the SGMC Physician network to include women’s health attests to the growth in our area and the commitment of the organization to provide exceptional care to the women of South Georgia.”

“Drs. Courson, Taylor and McFarland have been leaders in women’s health and an integral part of our health care delivery system for many years, and we are thrilled to be able to take that partnership to the next level,” said Ronald E. Dean, SGMC president and chief executive officer.

The BAP connects companies with municipal leaders to share knowledge and expertise to strengthen Georgia's cities and support the mission of GMA, GMA representatives said in a statement.

"Coleman Talley LLP is a leading mid-size law firm dedicated to providing trusted legal services for more than eight decades," representatives said. "The firm is committed to fostering industry-focused and lasting client relationships, representing clients throughout the Southeastern United States from offices in Valdosta and Atlanta, Ga., and Jacksonville, Fla."

“Coleman Talley is pleased to partner with GMA to work on behalf of cities and local governments across Georgia,” said Tim Tanner, a partner in the law firm. “Our firm has a long history of service to municipalities and governmental entities across the state. Our GMA business alliance partnership allows us the invaluable opportunity to build and strengthen relationships with Georgia’s local governmental officials to foster stronger communities.”

"The participating companies in GMA’s Business Alliance Program provide our municipal members with additional resources and information to help them operate their cities in the best manner possible. They also support GMA’s ability to provide services for all member cities," said Larry Hanson, GMA executive director. "We value the commitment and expertise that Coleman Talley and other companies bring to our cities and our organization."

VALDOSTA — Dennis Conway, assistant professor of mass media at Valdosta State University, was recently named editor-elect of the Journal of Media Education. He will assume the role of editor in 2022, university officials said in a statement.

“I am most excited about reading some good papers about the changing world of electronic media and how teachers can best prepare our students for it,” he said.

“The Journal of Media Education is a unique publication in that it does not publish just articles about media research or pedagogy, also known as teaching. It is published four times a year, and one issue is devoted to assessment, which includes grading and improving one’s academic program, and another issue is devoted to creativity, which accepts screenplays and even videos to support authors’ teaching-oriented insights.

“It would be interesting to bring some of the best of these cutting-edge ideas to our students at VSU, and I hope to help colleagues publish their own insights and research.”

The Journal of Media Education is a pedagogical journal published by the Broadcast Education Association. Its mission is to provide resources associated with the education and employment of students in various media fields and to promote communication among educators and media professionals, university officials said.

It publishes articles on pedagogy pertinent to the various media, industry analysis, responsive essays, reviews of books and other instructional materials, and reports on research and other work that may not fit the editorial objectives of traditional scholarly publications.

Conway said the Journal of Media Education plans to add editor-reviewed submissions to its current peer-reviewed format in the near future.

“Having an editor-reviewed section may help the pedagogy or teaching-oriented areas,” he said. “Teachers may be more able to share new and novel classroom strategies and techniques that other journals may look down upon or even resist.”

Conway said the Journal of Media Education has historically been a friendly place for “new and non-traditional topics.”

Conway has taught 25 different courses — mostly in video and screenwriting — at the collegiate level for more than two decades. For the past 11 years, he has shared his hard-earned skills and knowledge with students at VSU as a member of the College of the Arts, Department of Communication Arts faculty.

“My favorite courses to teach at VSU are the video production and screenwriting courses,” he said. “I enjoy them because I never know which student or student group will produce the best work. There’s always an element of surprise, and sometimes a student just clicks with the content of a project and amazes us. My goal as a teacher isn’t to turn my students into little ‘Dennis Conways.’ It is to help them be the best media professionals they can be, so they can work in the media area of their choice.”

Conway grew up with parents who taught chemistry and mathematics at the collegiate level, but he said he never once considered following in their footsteps. He studied government and political theory at Cornell University, and as an undergraduate student he contemplated going to law school.

Then he took a film history class, which he described as a powerful experience, and decided to pursue a master’s degree in film and television production at New York University. He really enjoyed making short films and interacting with his fellow student creatives. Spike Lee ran the program’s equipment room back then at the university, “so that was my brush with greatness,” Conway shared.

Regarding his role as filmmaker outside the classroom, Conway said, “I usually work as a one-man, so my pieces are usually shorts.”

He also has an 88-minute film, “Garden,” that he wrote, directed, edited, produced, and self-financed with his own money. The screwball comedy took him a year and a half to complete, and it played at regional festivals in New Jersey and Pennsylvania.

“It was hard work, but it was also fun,” he added. “It was shot in nine and a half days, and I even built the sets and drove the van to bring my New York City actors to the filming location every day.”

Six of Conway’s films — a comedy, three mini documentaries, and two promotional pieces — can be found at Banshee Wail Productions on YouTube and Dennis Conway Valdosta GA USA on Vimeo.