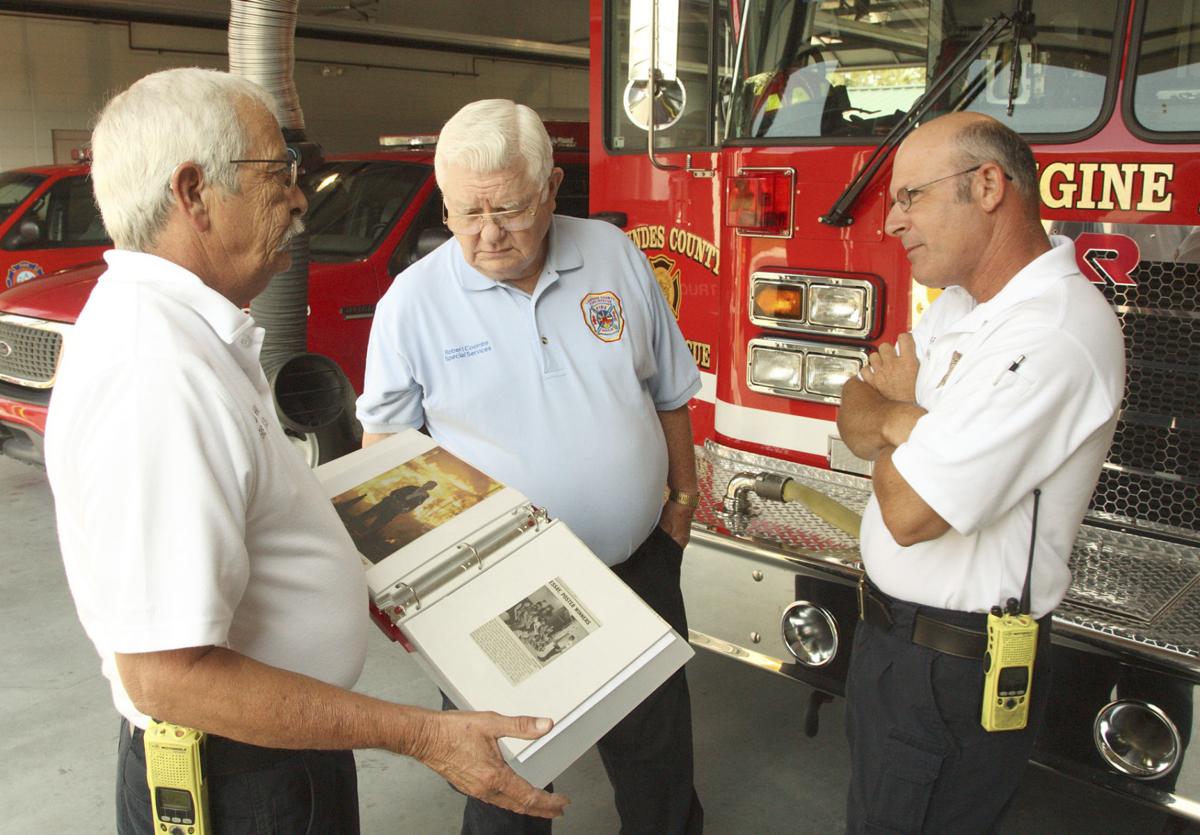 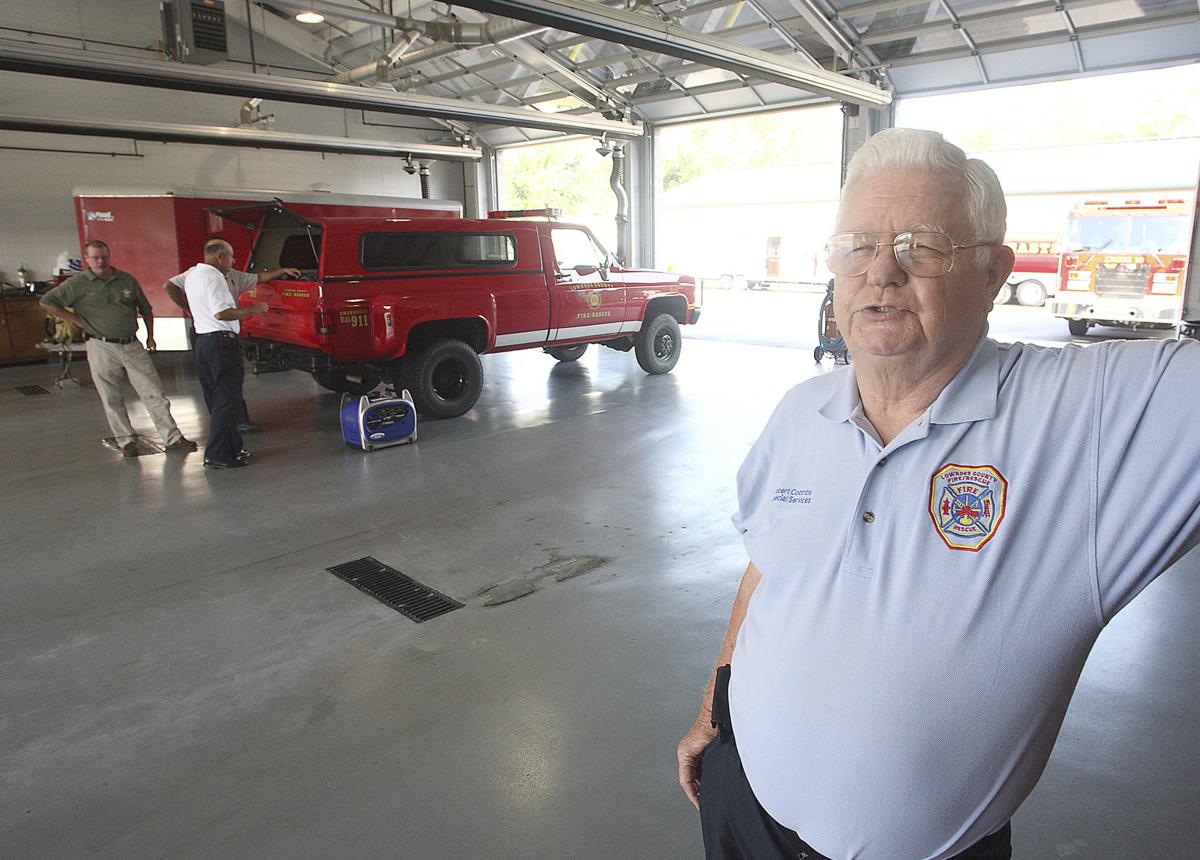 Robert Coombs in the engine bay of the Lowndes County Fire Rescue headquarters on East 84. 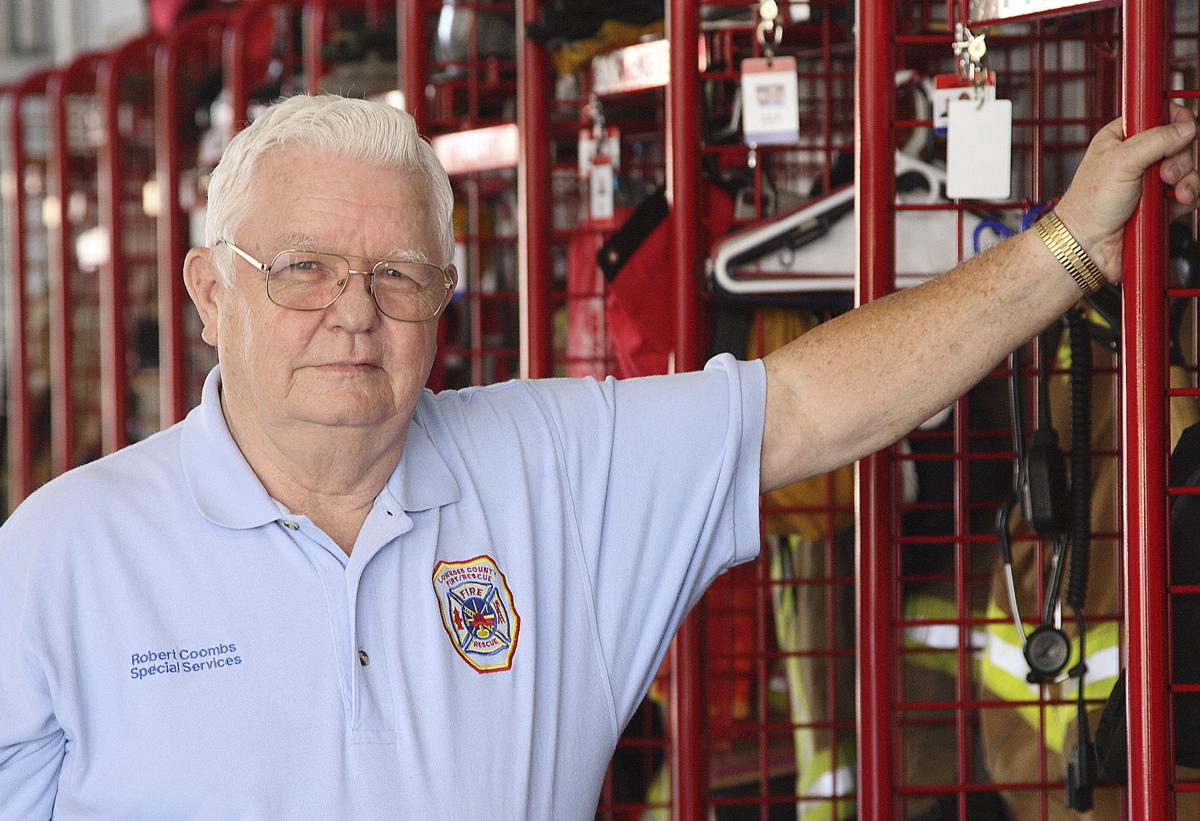 Robert Coombs has been with Lowndes County Fire Rescue since he and others in the community started establishing volunteer fire departments in the 70s. 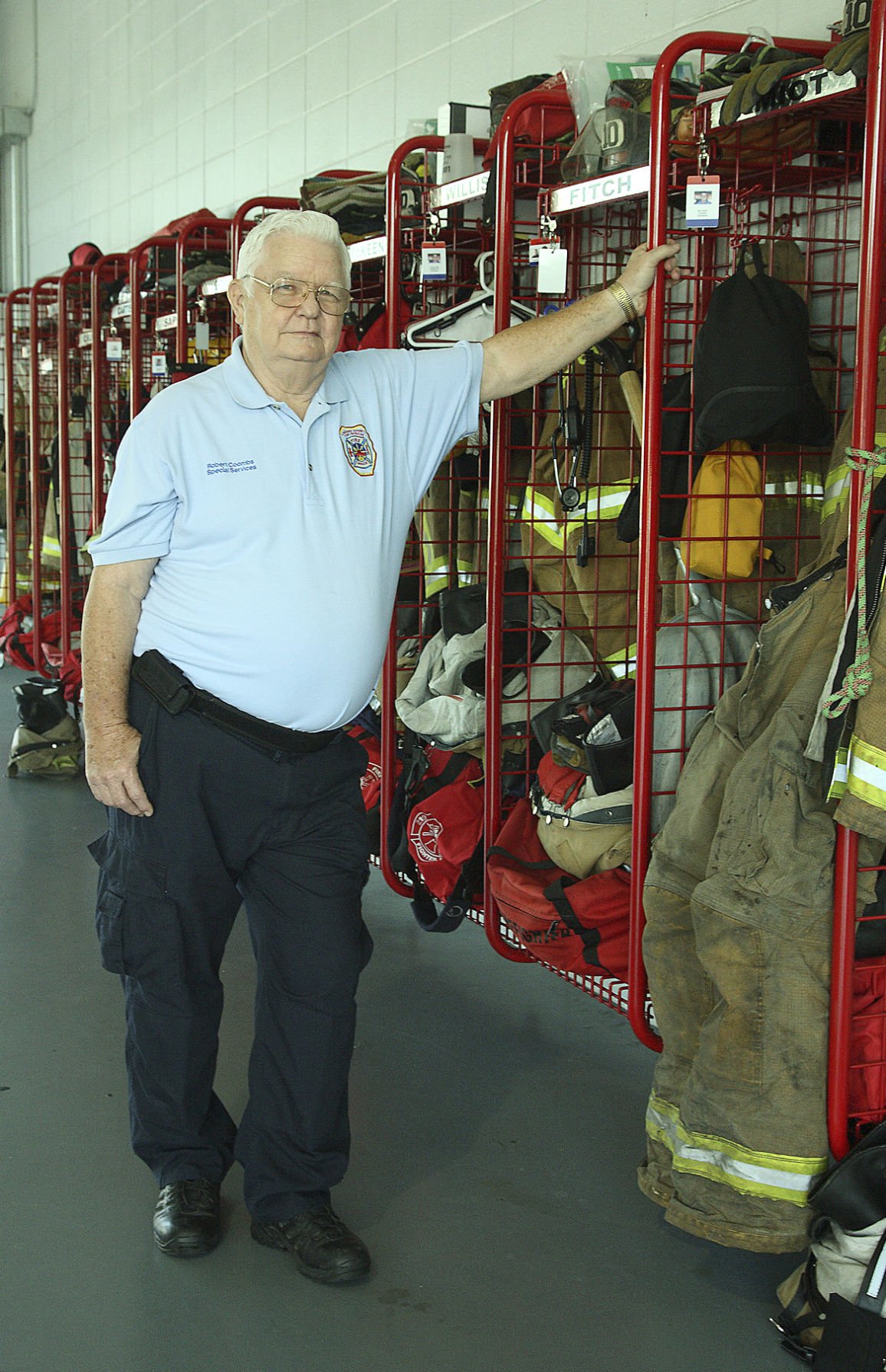 Robert Coombs by the bunker gear racks at the Lowndes County Fire Rescue headquarters on 84 East.

Robert Coombs in the engine bay of the Lowndes County Fire Rescue headquarters on East 84.

Robert Coombs has been with Lowndes County Fire Rescue since he and others in the community started establishing volunteer fire departments in the 70s.

Robert Coombs by the bunker gear racks at the Lowndes County Fire Rescue headquarters on 84 East.

Robert Coombs enjoys working and being around people, spending his life helping others.

At the age of 71, he has led a busy life and has no plans of stopping now.

During the early 1970s, while working for the Valdosta Fire Department, Coombs saw Lowndes County’s demand for help with fire prevention.

“It was about six months (that) I worked for the Valdosta Fire Department and we (Lowndes County) needed a fire department, so I just volunteered,” he said.

Receiving no pay, he and others in the community, became volunteer firefighters.

In the mid 1970s, they established a second volunteer department, located on Shiloh Road.

“(It was just) something that needed to be done,” he said. “When you’re out here in the county (with) no fire protection at all, which is how it was back then, when someone’s house burns down you start thinking (of what can we do to help) ... So, we set up the volunteer Lowndes County Fire Department.”

While he did not grow up dreaming of being a firefighter, Coombs spent more than 30 years volunteering his time and services.

“(It was not my dream), not really, not growing up because I was never really around nothing like that so I never had a desire to do it whenever I was little,” he said.

As a volunteer firefighter, Coombs was on call 24 hours a day, seven days a week.  “Before I was retired, (I worked) any time of day and night,” he said.

Up until a few years ago, all of the Lowndes County Fire Rescue (LCFR) departments had only volunteer firefighters. Now, there are 12 employed firefighters, all working out of the LCFR department, located on Highway U.S. 84 East. Paid firefighters work full-time, 24 hours on and 48 hours off.

Volunteers continue working on call, 24 hours a day, seven days a week at the other eight county departments. Most of the volunteers also have full-time jobs, Coombs said.

“You know volunteers, they have other jobs so you have a bunch (of people), but yet still you may not have that many at a fire call because of their work schedule and some places won’t let them off from work and things like that,” he said. “People need to realize that volunteer firemen have to make a living, too ... They got to understand these folks work to make a living. They don’t fight fire all their day.”

During Coombs’ 30 years of service, the most memorable fire he went to was in Hahira, when a warehouse structure burned. He also remembers helping out with the destructive wild fire in Waycross that happened a few years ago.

When firefighters are needed, it is extremely important they have been properly trained to help in emergency situations.

“The biggest thing is doing it proper and doing it safely,” he said. “You have to continuously train to be a fireman because you may do a shortcut for a dozen times, but sooner or later it’s going to catch up with you, so you try to do it proper and do it safely.”

To ensure proper training, the county requires the firemen to have 120 hours of training a year, Coombs said.

Along with fires, Coombs assisted with vehicle wrecks and search and rescue missions.

While fire chief, he was close with other volunteer firefighters and the community.

“When I was out at Shiloh, it was about like a family or community project because once a year we’d have a barbecue and sell tickets to raise money for the fire service, so the community was always involved in it,” he said.

While he was a volunteer firefighter, Coombs also worked full-time as a business representative with International Association of Machinists for 33 years.

In 2004, Coombs retired as fire chief of the Lowndes County Volunteer Fire Department, located on Shiloh Road, in Hahira.

“(I miss) being with people, seeing people,” he said.

However, he did not stay away from working for long. In 2009, Coombs started working part-time with the Lowndes County Board of Elections office.

From the early 1980s to 2008, Coombs worked as a precinct worker for the Lowndes County Board of Elections office. Now, he works as a clerk Tuesday through Friday.

“We’re listed as part-time help,” he said. “We do whatever has to be done (such as) filing (paperwork).”

During elections, he is also helping people with early voting and checking the sample ballots to make sure they are correct.

In 2009, shortly after being hired as a clerk, Coombs was awarded employee of the month.

After retiring from LCFR, Coombs also helped found the Lowndes County Fire Rescue (LCFR) Explorers, a Scouting program that teaches teenagers about the life of a firefighter.

“One of our goals is to give the explorers an opportunity to learn some of the things that goes on in a fire department,” he said. “To determine whether or not they really want to be one.”

With teamwork from Lloyd Nolan, retired fire chief from the Eastside Fire Department, Ken Carter, county training officer in charge of operations, and Coombs, the program was established.

“We was more or less the adult advisor committee and we still function in that capacity,” he said.

Today, the LCFR Explorers meet the first and third Mondays of the month from 6-8 p.m. at the LCFR department, located at Highway U.S. 84 East.

Carter and Ashley Coombs, who helps with training the explorers and basic firefighting classes, brainstorm training ideas and activities for the program. Art Hughes, captain at the LCFR Eastside department, also helps train the teenagers.

Coombs enjoys spending time with the teens and being a part of the LCFR Explorers program.

“I love it because I like to work with people,” he said. “I like to be around people.”

Born in Cataula, Ga., Coombs has been in Lowndes County for the past 50 to 60 years. He lives with his wife, Brenda, in the Shiloh community in Hahira. Together, they have a son, Ashley, 43.

Coombs is outgoing and has nothing to hide. Ask him anything, and he will try his best to give you an answer.

“My life’s always been an open book,” he said. “They (people) know who I am. That’s never been a problem.”

If he is not working or helping out with the LCFR Explorers, Coombs can be found tending to his vegetable garden.

“I like to garden,” he said. “I have a garden and I like to mess with that. (I) grow vegetables and put them in the freezer.”

When asked what he likes to do on his free time, his response was, “Free time? I try to stay busy.”