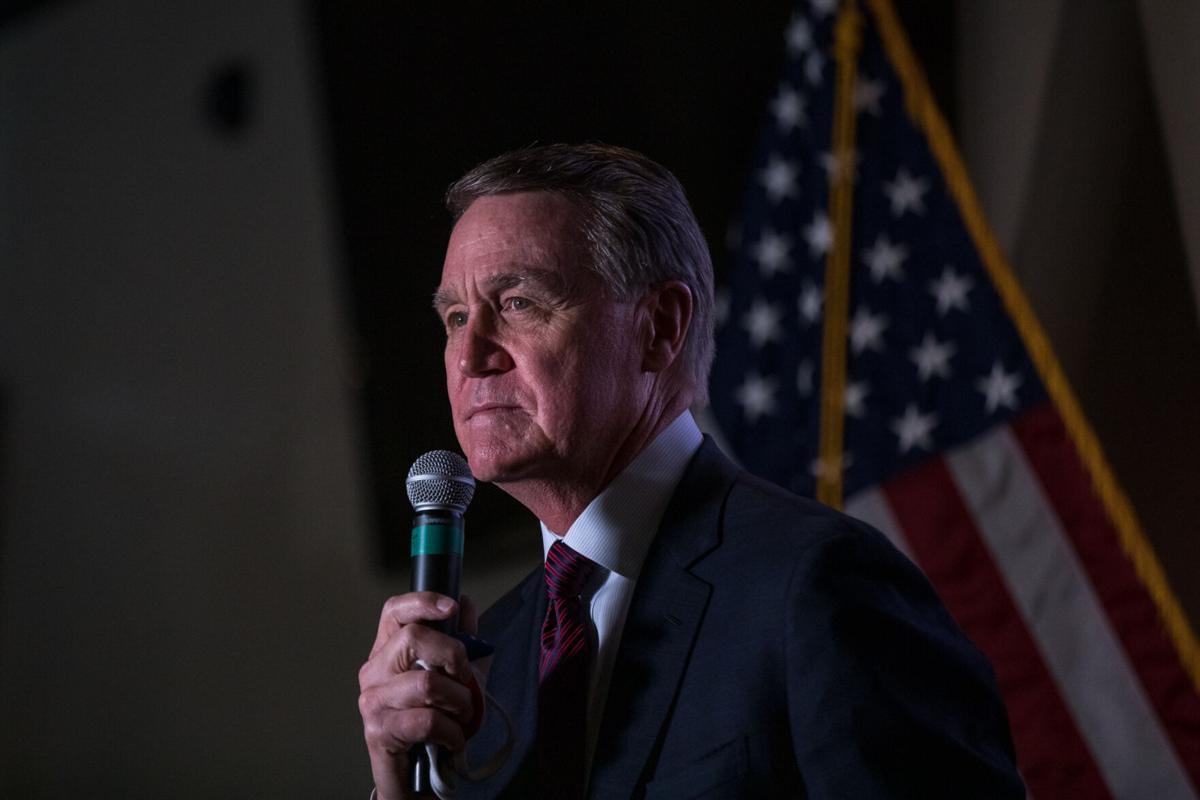 Georgia's Senior U.S. Sen. David Perdue calls on Trump supporters to turnout at the polls for the state's two Senate runoffs at a rally in Forsyth County on Nov. 13. 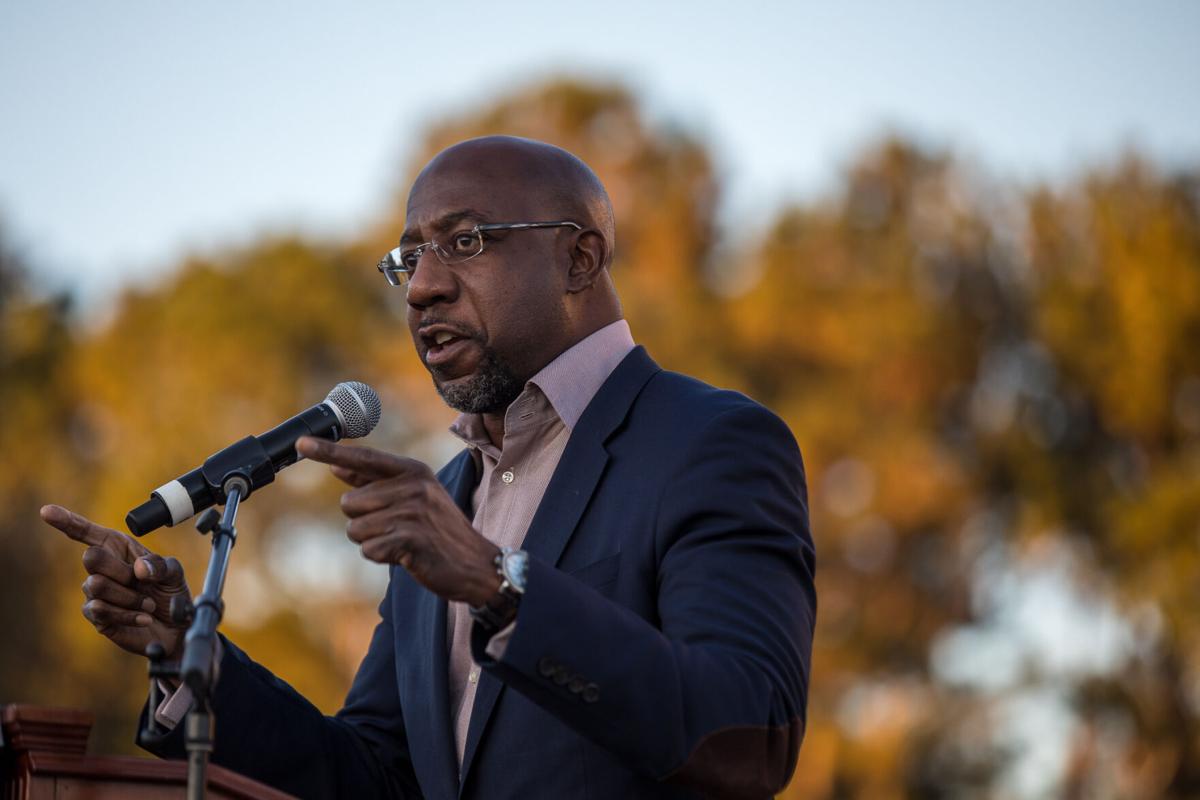 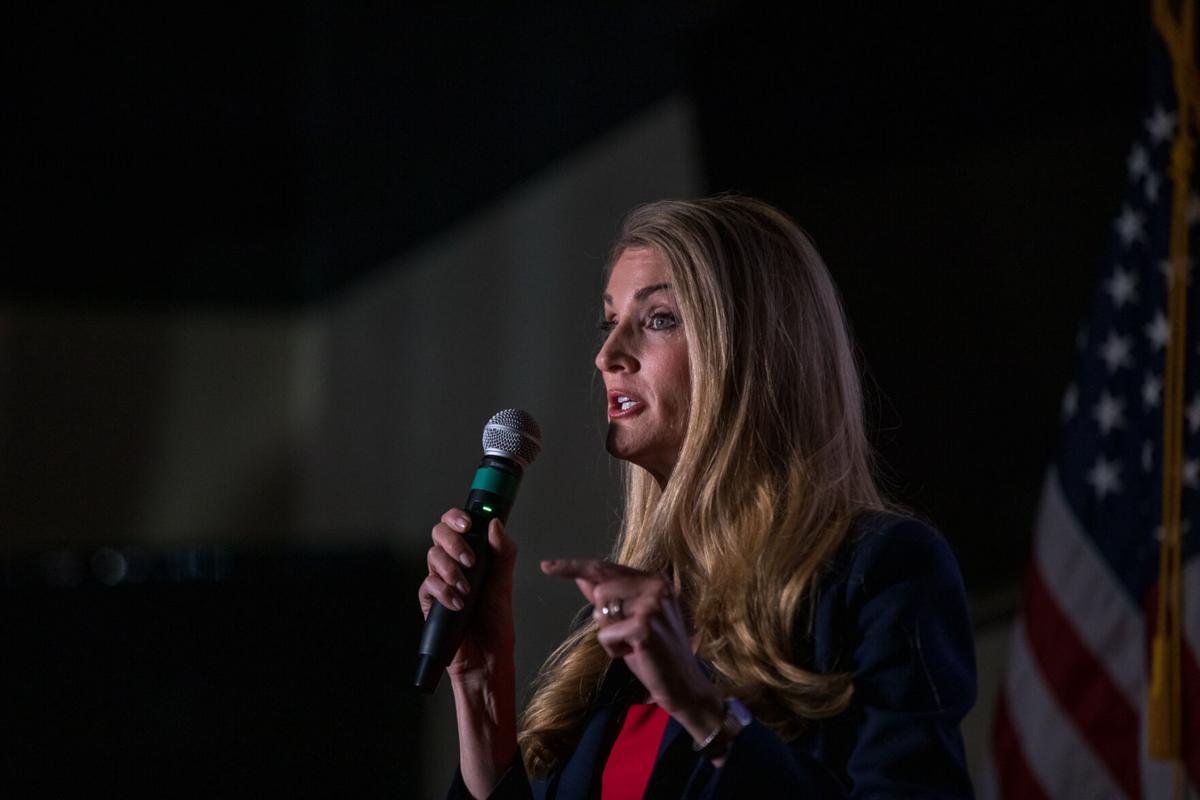 U.S. Sen. Kelly Loeffler rallies a crowd in Forsyth County on Nov. 13 ahead of the state's twin Senate runoffs. 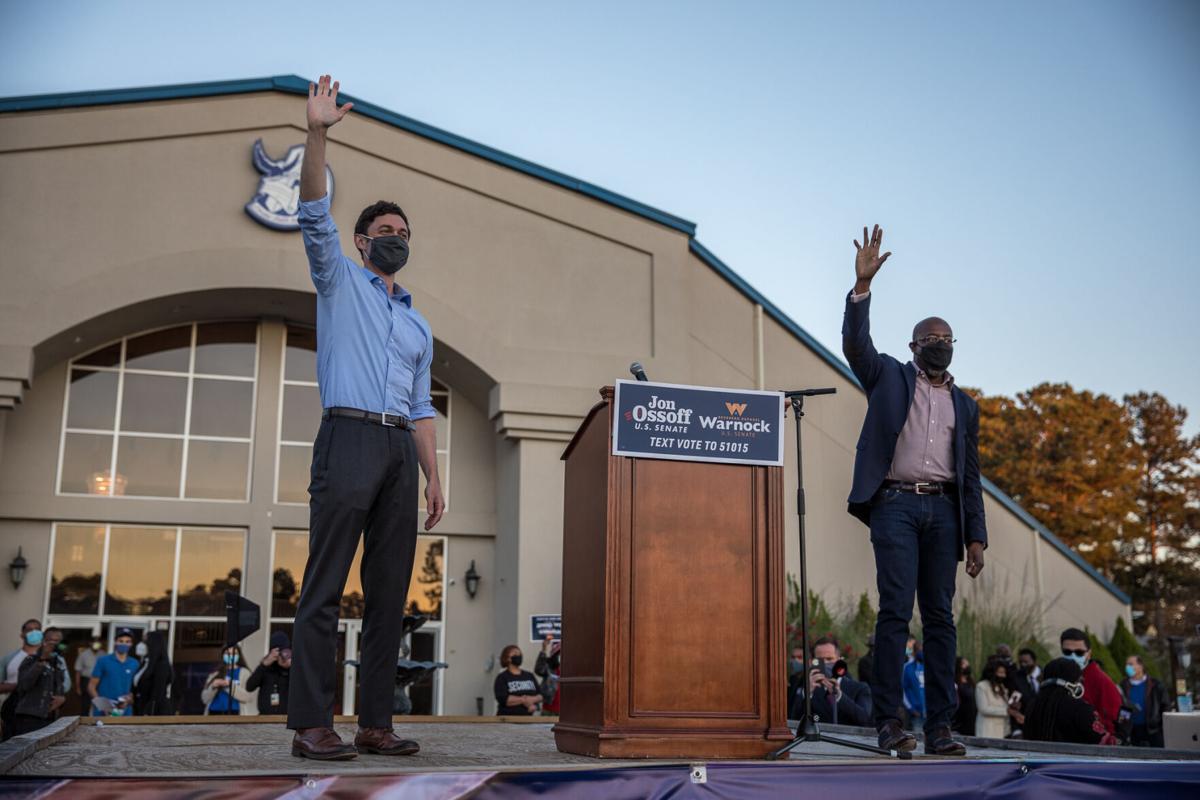 Jon Ossoff and Rev. Raphael Warnock campaign in Jonesboro ahead of the Jan. 5 runoffs.

Georgia's Senior U.S. Sen. David Perdue calls on Trump supporters to turnout at the polls for the state's two Senate runoffs at a rally in Forsyth County on Nov. 13.

ATLANTA — U.S. Senate candidates have not been shy to remind voters the fate of the upper chamber will be decided on Jan. 5 in Georgia.

Senate hopefuls have less than six weeks to push their bases to the polls in a sprint to boost turnout as close to maximum levels as possible. With little interest in wooing swing, moderate or independent Georgians, both Democrats and Republicans will put their faith in party-loyal voters.

During the Nov. 3 general election, U.S. Sen. David Perdue outperformed President Donald Trump across Georgia while Democratic challenger Jon Ossoff fell below support President-elect Joe Biden garnered. Still, the two will face off for a second time after Perdue came up short of the 50% threshold needed to avoid a runoff.

U.S. Sen. Kelly Loeffler and Democrat Rev. Raphael Warnock emerged as the top two candidates in a crowded contest for former U.S. Sen. Johnny Isakson's vacant seat — Warnock with more net votes than Loeffler. But Republicans were split with Doug Collins in the race and hope that unifying the two party factions will push Loeffler ahead in the runoff.

Since the outcome of the general election, both pairs of candidates have teamed-up unlike before.

The Republicans have history on their side as runoff outcomes most often favor GOP candidates and Georgia has not elected a Democratic senator since 1996. But Biden’s capture of the state in the presidential race came from a growing young and diverse electorate that may give the Democrats the push they need.

If both Ossoff and Warnock are successful in the runoffs, the U.S. Senate would be split evenly between Democrats and Republicans. If that happens, Vice President-elect Kamala Harris would cast the tie breaking vote giving Democrats ultimate control over the chamber.

Trump off the ticket

While Trump continues to fight the outcome of the presidential election in various states across the country including Georgia, Perdue and Loeffler have faced the reality that their success could fall on convincing loyal Trump supporters to vote in the runoff without him on the ticket.

The two Republican candidates made their first joint campaign appearance in Forsyth County and outlined the strategy clearly.

"We have to tell our friends who voted for Donald Trump, they may be disappointed, I’m disappointed for sure,” he said. “We don’t know how that’s going to turn out yet, but we have to make sure every Republican votes in this runoff, regardless." On Friday, Secretary of State Brad Raffensperger said Biden's victory was upheld by the statewide audit and would be certified by the state.

The confident speech of the senior senator was a stark contrast to concerns that the two Peach State Republicans raised behind closed doors. The Washington Post reported just days later the Republican leadership are worried about their success in the two runoffs as Trump relentlessly boasts a false victory and peppers states with election lawsuits.

Perdue was careful not to confirm Biden’s victory but told fellow Republicans, “we’re assuming that we’re going to be standing out here alone. And that means that we have to get the vote out, no matter what the outcome of that adjudication is on the recount in two states and some lawsuits, and others. Kelly and I can’t wait for that.”

"We are all in this together to get this done but make no mistake,” Loeffler said in Forsyth County. “We are the firewall, not just for the U.S. Senate, but the future of our country.”

The Democratic candidates have made multiple stops in Clayton County, the heart of the late John Lewis' congressional district. Their efforts in the area proved successful when a large batch of votes from the county ultimately pushed Biden into the lead in the presidential race.

Still, more than 40% of the Democratic county did not vote in the general election — thousands of votes that Ossoff and Warnock likely missed out on.

"Do you know how powerful you are?" Warnock asked a crowd in Jonesboro on Nov. 19.

"What I'm trying to help you to see that you have power," he said. "And it would be a shame if come Jan. 5 you did not exercise that power."

The senior pastor of the late Martin Luther King Jr.'s historical church blasted Republicans for strong-arming Secretary of State Brad Raffensperger from certifying the state's election results and invoked the legacy of Lewis to implore voters to turn out at the polls.

"As powerful as you sounded on Nov. 3," Warnock said. "If you don't stand up one more time, what you did for John Ossoff and me on Nov. 3 won't count, unless you come back out."

A sign of the campaigns coming together, Ossoff used the first seconds of his speech to bolster his Democratic partner.

"Can you imagine the message that it will send to the nation to send to the United States Senate, to speak for us, the senior pastor at Ebenezer Baptist Church?" the young Democrat said. "It will affirm the statement that we made on Nov. 3: Change has come to Georgia."