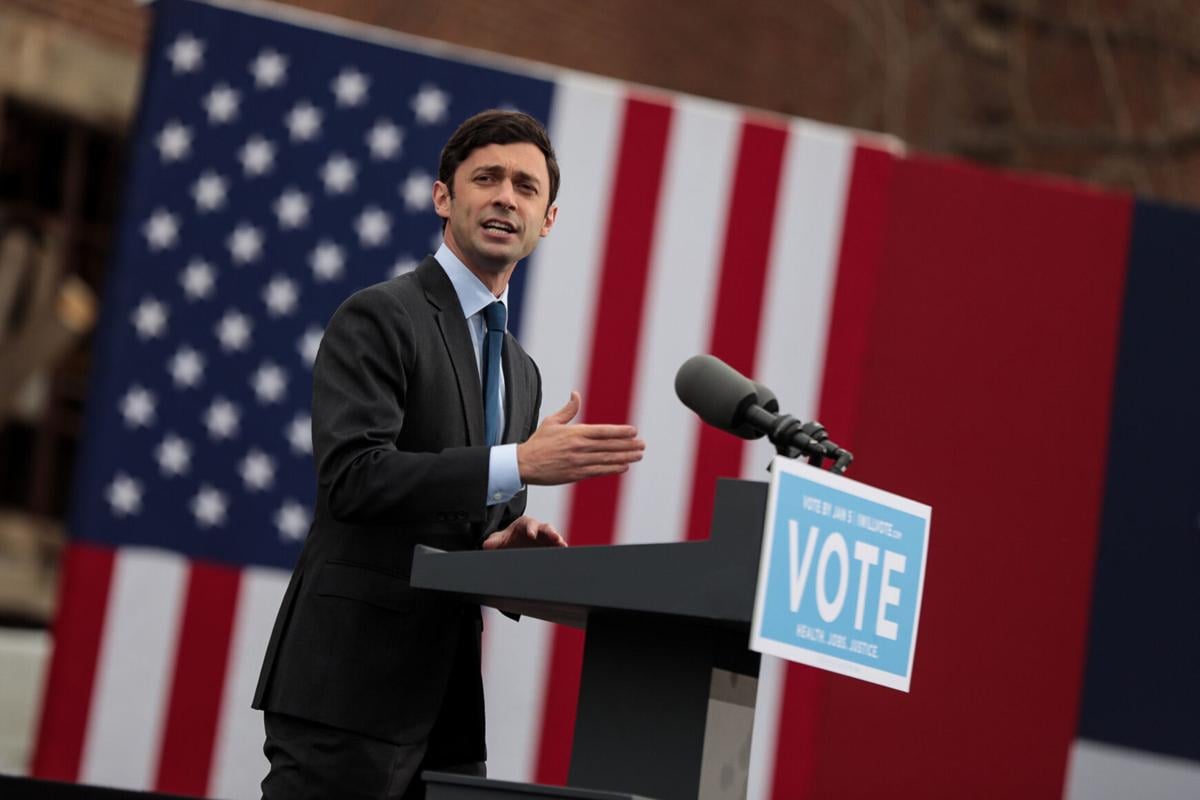 Democratic U.S. Senate candidate Jon Ossoff speaks ahead of President-elect Joe Biden at a rally in Atlanta on Dec. 15. 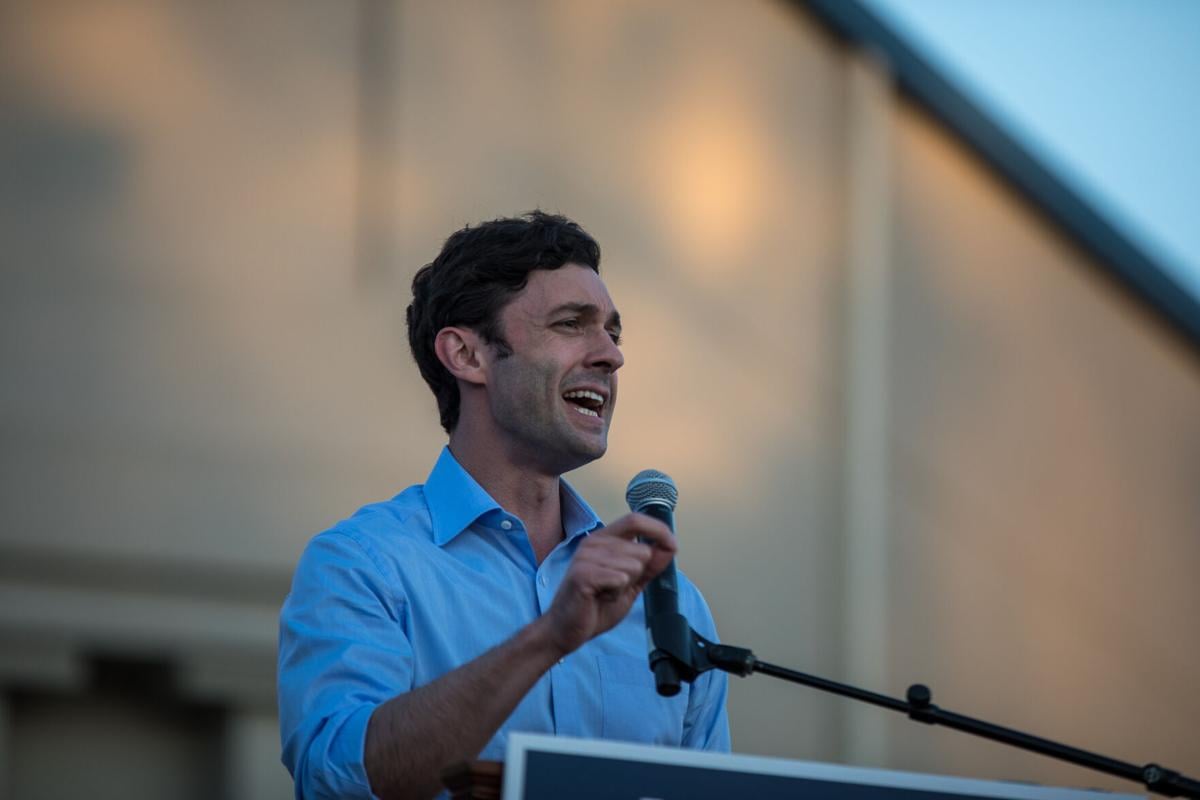 Jon Ossoff campaigns in Clayton County ahead of the Jan. 5 Senate runoffs.

ATLANTA — While the Senate slowly hashes out the next round of COVID-19 relief, one of Georgia’s newest members pushes for more.

Sen. Jon Ossoff is the young Democrat who — along with Sen. Rev. Raphael Warnock — helped solidify the Democratic majority in the upper chamber. He wants to make good on campaign promises and says he is urging his pandemic-fatigued colleagues to expand their efforts.

Ossoff was sworn in just hours after President Joe Biden’s inauguration which gave a stark look at the state of the country — 200,000 flags represented an absent crowd at the National Mall while Guardsmen locked down the perimeter in case of security threats.

The 33-year-old Ossoff told CNHI his top priorities are increasing federal allotments of vaccine doses to states, rushing stimulus checks into the pockets of Americans and dedicating more dollars to smaller cities and towns that have been previously left behind in bailout efforts.

"We need to move swiftly to pass COVID relief with this Senate Majority,” Ossoff said. "And we need to be bold in delivering the level of relief that families and small businesses and local communities need to survive during this crisis.”

In the first round of CARES Act relief prompted by the pandemic, allocation of federal funds was based on population. Ossoff said cities with less than half-a-million residents are “starved for resources.”

"I am working intensively within the Senate, urging inclusion in this COVID relief bill of direct relief for smaller communities like Valdosta, Americus, Thomasville and Milledgeville,” he told CNHI. "So that local mayors, local police departments, local fire departments, local school systems, local health systems are getting the direct federal support they need to keep serving Georgians and save jobs.”

Both Ossoff and Warnock said they continue advocating for $2,000 stimulus checks to Americans — a prominent campaign promise — although Biden favors $1,400 in his proposals.

"We have to make good on the commitment that we made back in December,” Ossoff said. “$600 was never enough and the commitment was to increase the stimulus to $2,000 and those checks need to be sent in short order.”

But the upper chamber of Congress still faces looming impeachment trials which — especially with the new Democratic majority — will dominate the schedule.

Ossoff, just in the first weeks of his six-year term, said lawmakers "have to be able to walk and chew gum at the same time.”

"I hope that we can discharge our constitutional obligations to render judgment in that trial, as swiftly and efficiently as possible,” he said. “To ensure that there is no delay in passing the vital economic relief, an investment in health and vaccines that the country needs.”

Ossoff made his fair share of history, along with his Democratic colleague from Georgia, when elected in January. In being sworn-in, he became the Peach State's first Jewish senator and the youngest sitting senator.

While his victory represented a political shift in Georgia, it also represents a "generational shift" in the chamber.

Ossoff, the first U.S. Senator born in the 1980s, said his differing perspective gives younger generations a voice on issues that affect them; issues such as student loan debt, clean energy and criminal justice reform.

"These are issues that young people are especially attuned to," Ossoff said. "And young people deserve a voice in Congress. I'm glad to help represent my generation."