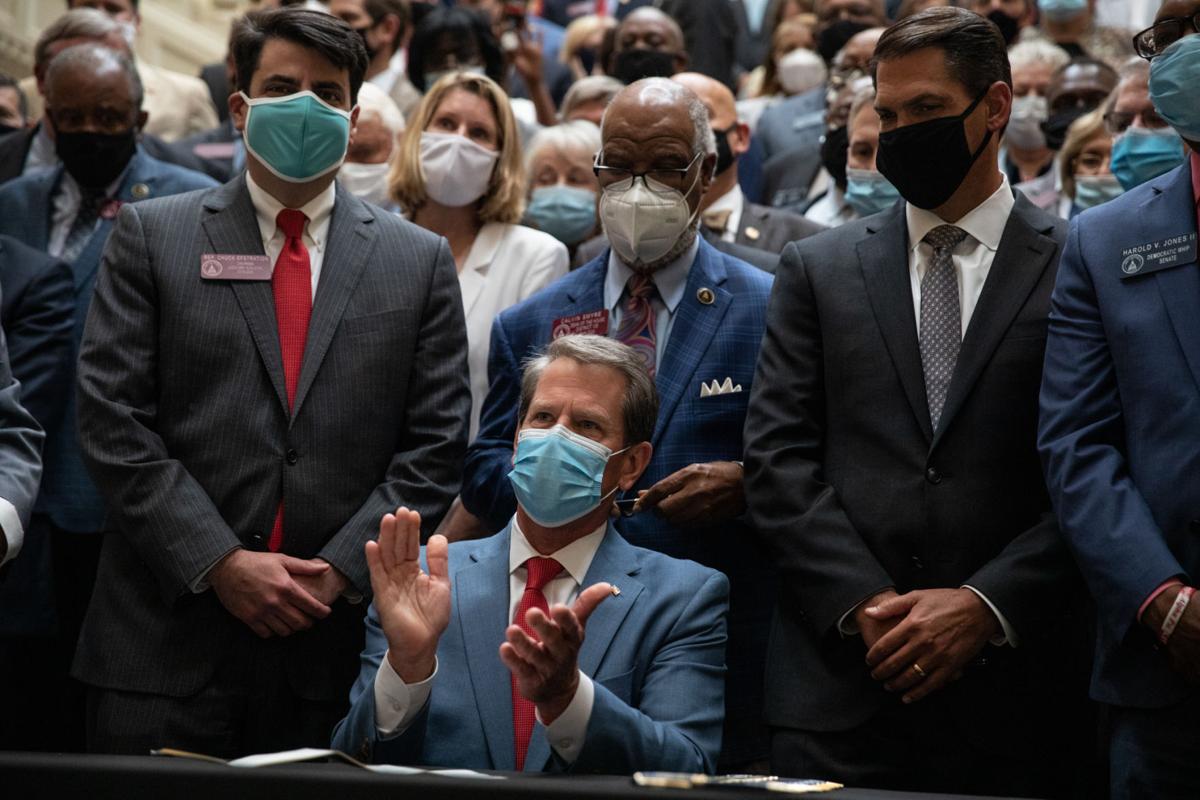 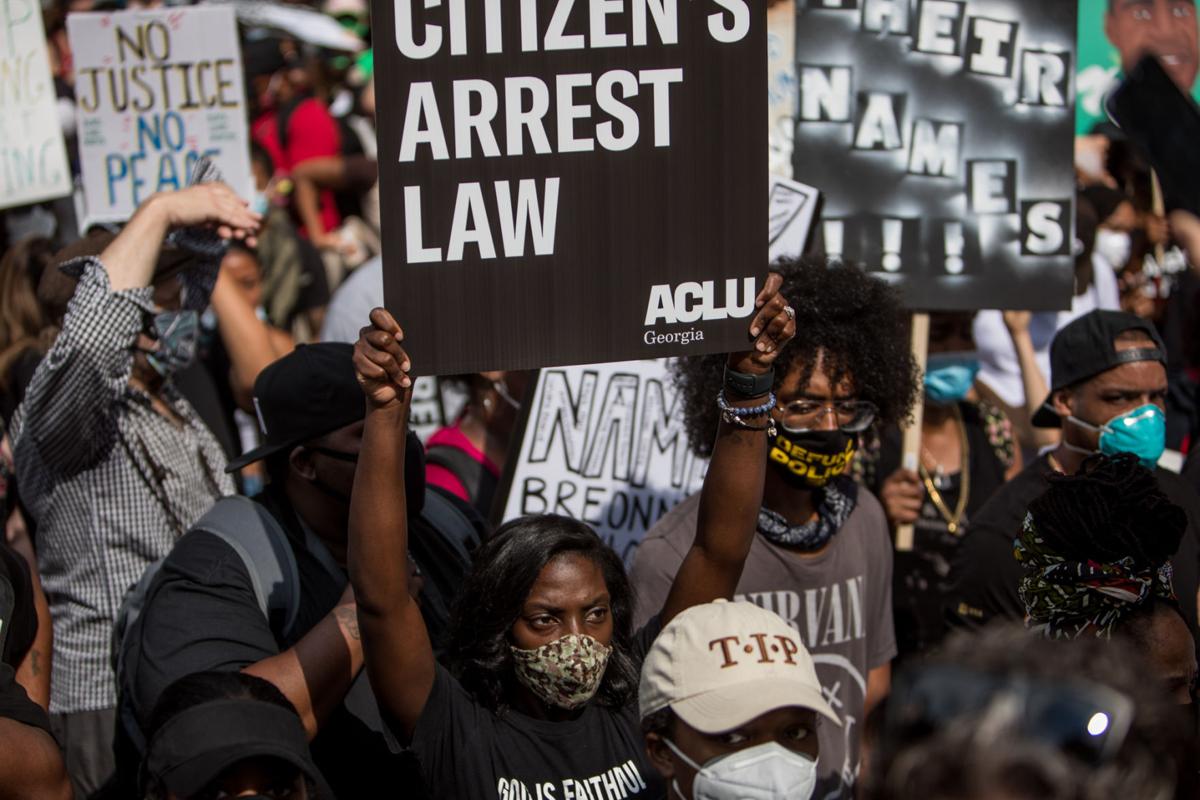 Protesters called for lawmakers to repeal the citizen’s arrest law, expand voting rights for nonviolent felony offenders, amend the state’s stand-your-ground laws and reject an elections bill as the General Assembly reconvenes after hiatus on June 15.

Lawmakers and civil rights activists have called for reform of the statute since a prosecutor used it as justification for not seeking criminal charges in the shooting death of Ahmaud Arbery — an unarmed Black man who was chased down and shot by three white men in Brunswick.

Flanked by lawmakers from both parties, Kemp said Tuesday his legislative proposal would “close dangerous loopholes that could be used to justify future acts of vigilantism.”

"I believe it is time for Georgia to take another step toward a better, safer and more just future for our state,” the Republican governor said. “... This bill repeals the current Civil War-era statute, to prevent the terrible consequences of a vague and outdated law.”

The bill still clarifies when business owners, security officers, private investigators, weight inspectors and off-duty law enforcement officers outside of their jurisdiction can “reasonably” detain an individual when they have knowledge that a crime was committed.

The legislation does not "undermine or infringe" on Georgians' right to defend themselves or their property, Kemp added.

The outcry sparked the bipartisan passage of a hate crime bill — after more than a decade without one on the books — but other reforms, like changes to the citizen’s arrest statute, didn’t beat the clock before the session came to an end.

In his State of the State address last month, Kemp called the statute an "antiquated law that is ripe for abuse and enables sinister, evil motives.”

On Tuesday, he noted the significance of the bill’s bipartisan support. He was joined by Dean Calvin Smyre — who championed the hate crimes legislation — and members of the Glynn County delegation who represent Brunswick.

“In a national political climate where it often seems as if no one agrees on anything,” he said, "I'm proud to say the wide-reaching bipartisan group of individuals you see here today behind me supports this bill.”

Republican leaders of both the House and the Senate have agreed there’s an “appetite” for change to the 150-year-old statute and Georgians expect it this session.

Lt. Gov. Geoff Duncan said during a press conference outlining his legislative priorities, that this session gives lawmakers the opportunity “to build on momentum” of the hate crimes legislation passing and that Arbery’s death was a “tragic catalyst” to take on changes to the citizen’s arrest law.

“I expect an overwhelming number of Georgians expect us to take that position,” he said.

Civil rights activists argued last session that the law has been historically used to justify the killing of Black people and that it’s long overdue for Georgia legislators to address it.

After Kemp’s announcement, the NAACP and the Southern Center for Human Rights commended the Republican governor for his proposal.

“It is high time to repeal Georgia’s citizen’s arrest law,” Marissa Dodson, public policy director at the center, said. “It is unnecessary, dangerous and has held a central role in perpetuating anti-Black vigilante violence both recently and historically.”

The Rev. James Woodall, state president of the Georgia NAACP, noted that the announcement comes a week before the year anniversary of Arbery’s death — Feb. 23 — and called the legislation a “great first step to a more just Georgia.”

“The newly introduced bill will have to go through the entire legislative process,” Woodall said, “But we have full confidence that Gov. Kemp and legislators in both chambers and both parties will be able to make this legislation into law during this session."