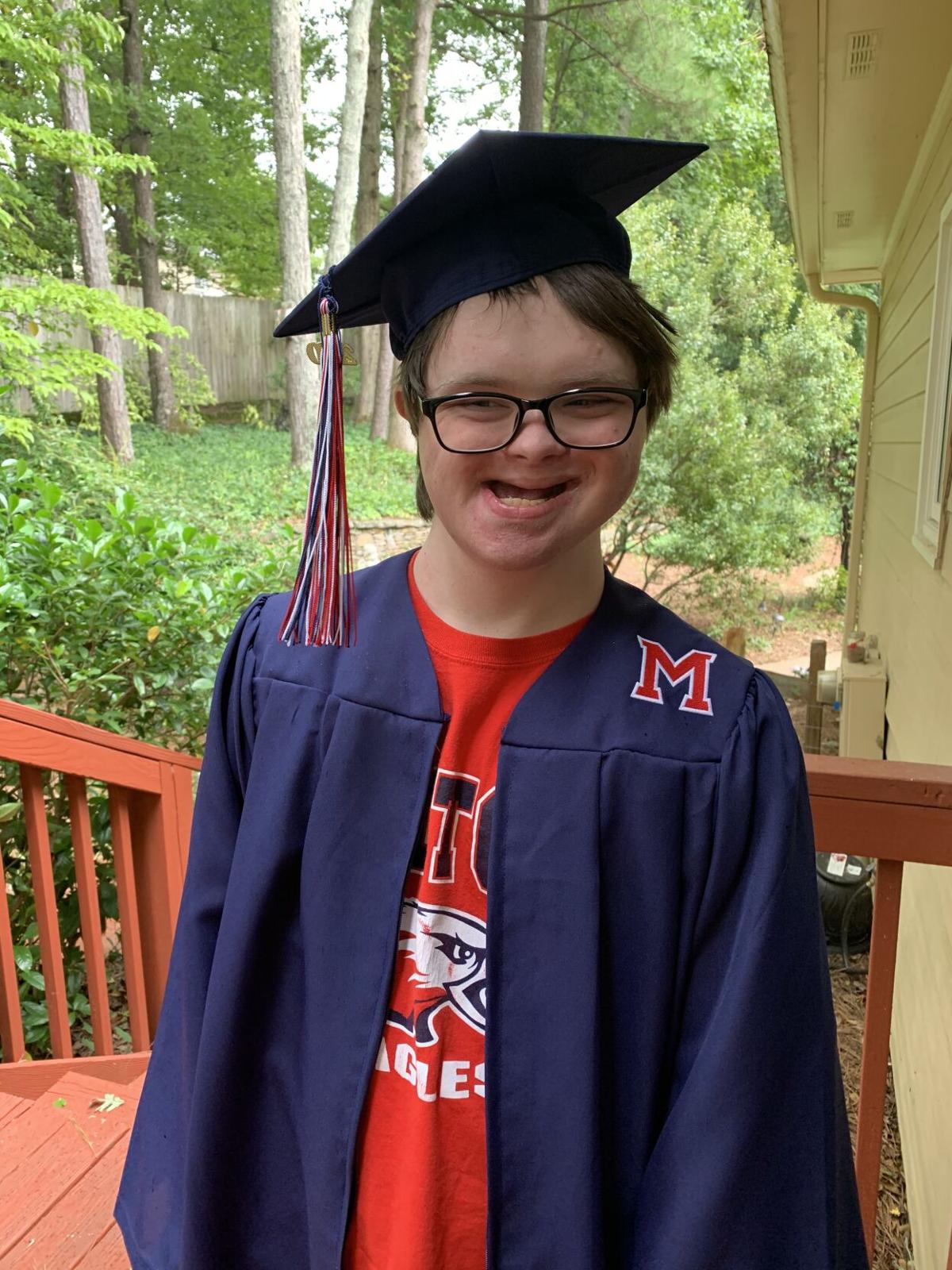 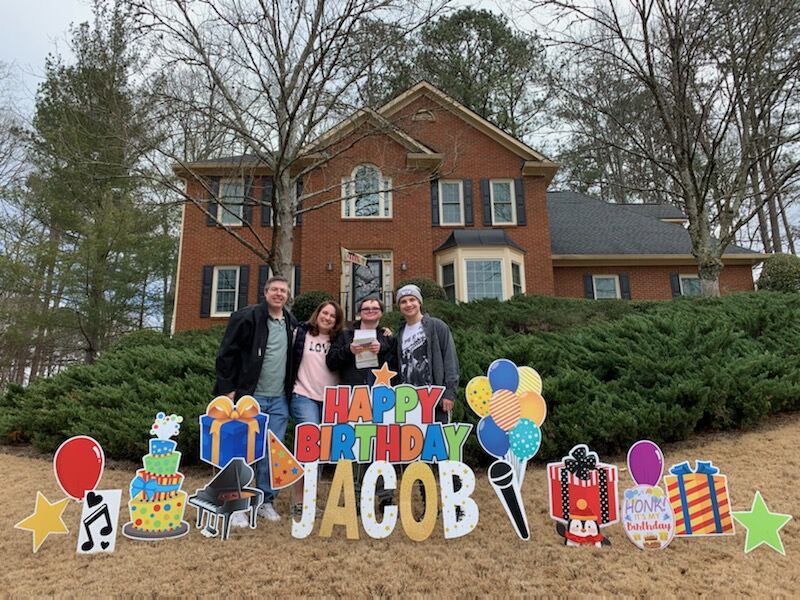 The Moore family poses outside for a photo on son Jacob Moore's 21st birthday amid the ongoing COVID-19 pandemic. 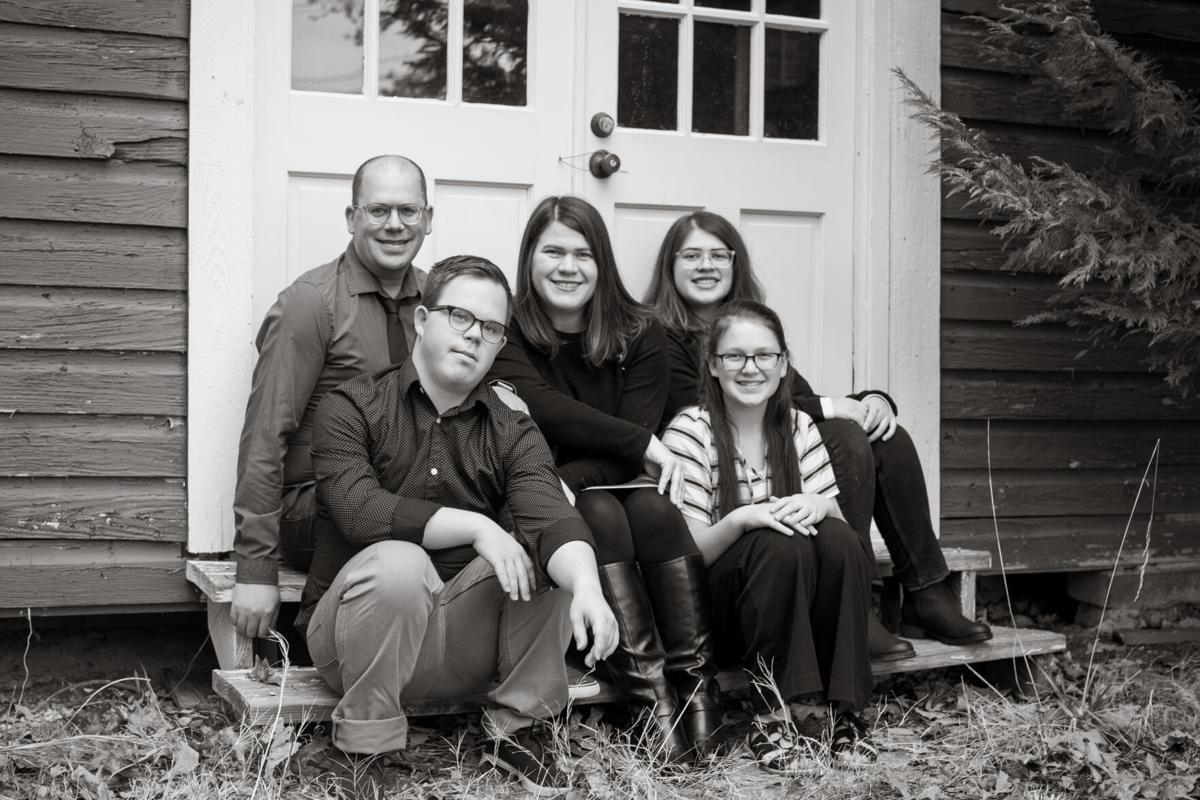 The Meredith family poses for a family photo.

The Moore family poses outside for a photo on son Jacob Moore's 21st birthday amid the ongoing COVID-19 pandemic.

The Meredith family poses for a family photo.

ATLANTA — Georgians with intellectual disabilities and developmental disabilities make up two of the three groups at highest risk of death if they contract COVID-19; cancer patients are the third.

Andy Meredith will be able to receive the vaccine when the state moves into its next phase. Not because he has Down syndrome but because of his job.

“My son who has Down Syndrome also works at a grocery store,” Stephanie Meredith told CNHI. “So he's going to be able to access the vaccine sooner, as an employee of the grocery store than he will as a person with Down syndrome.”

Advocates and family members of Georgians with special health care needs are pushing the state to prioritize individuals with intellectual and developmental disabilities and their caregivers in an earlier phase of the approved COVID-19 vaccinations.

At the end of last month — nearly a year into the pandemic — the Centers for Disease Control and Prevention in Atlanta, added individuals with Down syndrome to the list of medical conditions that are at higher risk for severe complications.

At the same time, new research from John’s Hopkins University showed people with intellectual and developmental disabilities are in the highest risk groups of death.

The findings solidified what families and advocates say they already knew: the disabilities community needs to get the vaccine sooner.

But much like the early days of the pandemic, when state officials struggled to distribute testing kits adequate enough to slow the spread of the virus, vaccine allocation from the federal government has fallen extremely short as cases and deaths spike.

Dr. Kathleen Toomey, commissioner of the Department of Public Health, said the state does not know how many doses it will receive each week; at the current rate, it will likely take “many, many, many months” before all Georgians are vaccinated.

Dr. Roy Benaroch is a pediatrician who runs multiple practices in the metro Atlanta area. He often works with patients who have intellectual and developmental disabilities.

Benaroch said the population is easily left behind.

“These are people who are easily overlooked,” he said. “They're there but they're kind of quiet. They often don't speak up and they need people to represent them and make sure that their health is protected.”

When states crafted their vaccine plans, they relied heavily on recommendations by the CDC, which Georgia’s plan mirrors.

At the time, Down syndrome was not considered a medical condition with severe COVID-19 risks. Research on the high death rates for intellectual and developmentally disabled individuals had not yet been released.

"Now that they have that information,” Meredith said. "I think they really should consider making those changes, given the risk level for our population.”

Kemp addressed calls for expanded vaccine eligibility during a press conference Jan. 12 — the state simply doesn’t have enough vaccines for everyone, he said.

"We continue to hear concerns of additional populations, eager to receive the vaccines — educators, those with underlying conditions, disabilities, as well as their caregivers,” he said. "Please know that we are working tirelessly to get our limited supply of the vaccine to those who need it. And to whom it will do the most good.”

Heidi Moore’s 21-year-old son, Jacob, sees 13 speciality doctors to manage multiple medical conditions — Down syndrome, autism and long-term side effects of more than three years of chemotherapy after a leukemia diagnosis. He is now in remission.

"Unfortunately, the disability community a lot of the time is overlooked when there are statewide initiates,” Heidi Moore said. "When they should be at the forefront of the concern.”

At the end of December, a coalition of advocacy groups sent Kemp and leading state health officials a letter of “grave concern” and urged them to reconsider the prioritization of Georgians with disabilities and their caregivers — who have shouldered the weight of the pandemic for their family members.

"This is a time for taking care of those individuals that need it the most and I truly do believe we're missing a huge population,” Heidi Moore said. “That's how I feel as a parent — you're not valuing the life of my son.”

Compounded with the high risks, Benaroch, who is also a professor at Emory University, said many Georgians with disabilities are unable to communicate their medical needs. A symptom like losing their smell or taste would be virtually impossible to explain to their parents or doctors, making the virus harder to treat.

For months, elderly Georgians and those with medical conditions that put them at increased risk have stayed home — at one point, government officials ordered them to shelter inside.

For individuals with intellectual and developmental disabilities who heavily rely on socialization, the seclusion can have physical impacts.

Without environments such as schools, employment and community-based actives, isolation can cause individuals to regress in their speech and other behaviors.

Remote learning is often not an option for Georgians with developmental disabilities. Since schools have gone all-virtual, parents are left struggling to work and care with their children at home.

Evan Woody is easily distracted when trying to participate in online learning at Dunwoody High School. The 21-year-old suffered a brain injury as a child that left him with a 3-year-old equivalency. Despite an all-day schedule of virtual learning, Evan gets on average 1.3 hours of education a day now, his parents say.

Philip Woody, his father, took a sabbatical from work to care for his son and while he tries to plan future care for Evan, he faces constant taps on his shoulder for help from him. His wife, Lisa Woody, often works through the night to stay on top of her job.

“The disabled community is always kind of the afterthought,” said Philip Woody who has been advocating for the DeKalb County School District to return to in-person learning.

But now, on the cusp of turning 22, Evan Woody will soon age out of the school system.

“Even if he were to get a vaccine, he’d be done with school in a couple of months,” Philip Woody said. “It’s really disappointing.”

Caregivers constantly worry about catching the virus and bringing it home to a loved one at a higher risk.

Advocates and family members are calling for the caregivers of Georgians with disabilities to be included in a higher vaccination priority.

“Many people with special health care needs rely on their families as their primary caregivers, well past the age where they're adults. So their caretakers are intimately involved in their lives,” Benaroch said. “It's important for caretakers and special needs individuals — as well as caretakers of the elderly individuals — have access to the vaccine. I believe they should be in the same category.”

A large number of Georgians with intellectual and developmental disabilities work jobs like grocery store workers and rely on Medicaid for health insurance.

"Many of them live on the margins of society and have limited access to health care, limited health insurance, because of decreased employment opportunities,” Benaroch said.

That puts the cost of care back on Georgians.

“In the end if they get sick,” Heidi Moore said. "It’s going to cost the taxpayers more dollars if they do get COVID."

As the state scrambles to roll out its limited vaccine supply, costs of care for the state’s most vulnerable populations continue to grow. State officials have small hope that with the new presidential administration they will get more vaccine doses weekly, but continue to reiterate it will take months before all Georgians are vaccinated against the deadly virus.

As of now, Georgians with disabilities have not been added to the eligibility criteria for vaccine administration, Nancy Nydam, spokesperson for the Department of Public Health said in a statement. "We have very limited supply of vaccine, so until we are notified that our allocations are increasing, we can’t open eligibility if we don’t have vaccine to administer. That is true for all populations, even the current phase."

"I have empathy for all that they're trying to pull off,” Meredith said. "But I just think that once we get past the first responders and those really vulnerable, older population that we need to be making sure that we're taking care of the people who are most likely to die.”