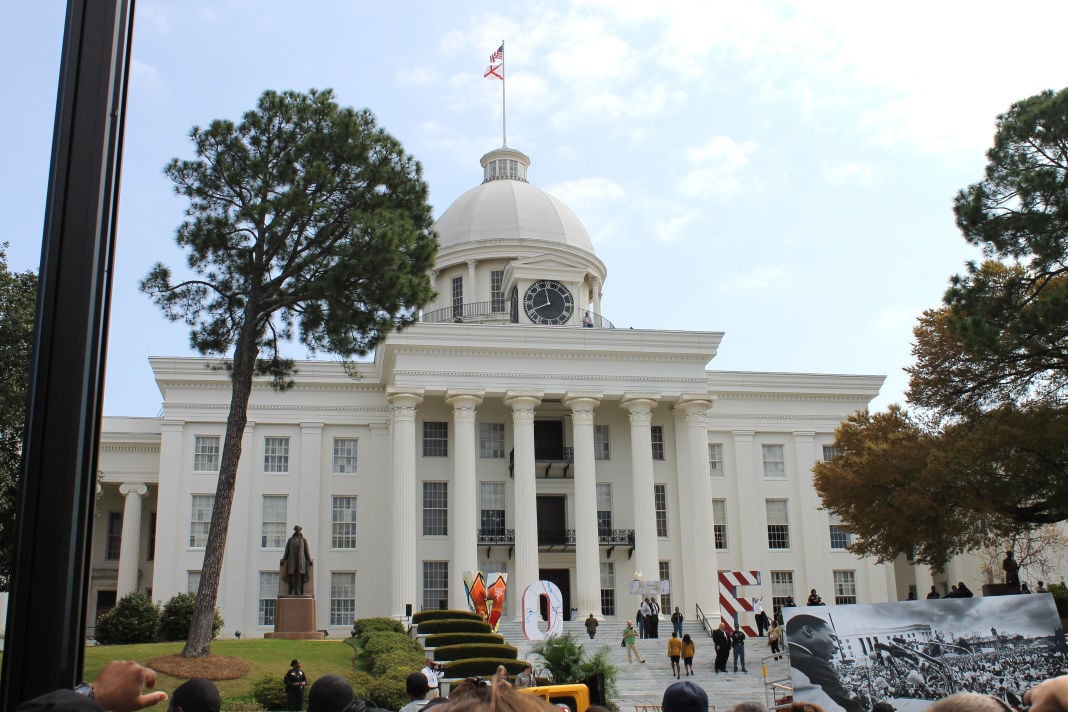 Large-scale letters that spell out "VOTE" appear on the steps of the Alabama Capitol Building as speakers address the crowd at the 50th Anniversary Selma to Montgomery Voting Rights March on March 25, 2015 in Montgomery, Ala.

In the days prior to the march, the letters were housed in Montgomery City Hall. 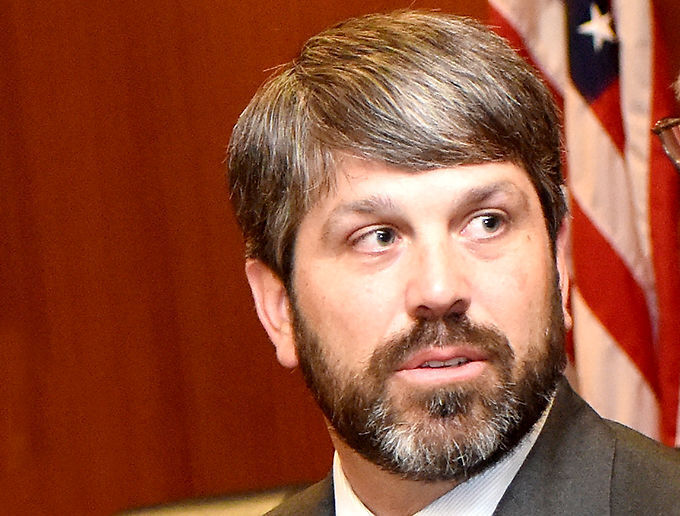 Large-scale letters that spell out "VOTE" appear on the steps of the Alabama Capitol Building as speakers address the crowd at the 50th Anniversary Selma to Montgomery Voting Rights March on March 25, 2015 in Montgomery, Ala.

In the days prior to the march, the letters were housed in Montgomery City Hall.

MONTGOMERY — Alabama has a history of slavery and racism but legislators want to remove the language of that history from the state constitution.

Key highlights of the effort entail removing or updating sections pertaining to involuntary servitude and segregation.

"I would like to see the right language placed in there and, if anything, there's always going to be some language that offends one way or the other, but if it's something that is racist which is more of the extreme, it needs to be removed," said Rep. Garlan Gudger, R-Cullman. "I think it depends on which area of the constitution we're talking about, but I'm open to making sure it's updated and making sure that it's the right way Alabama wants to be represented."

Section 32 of the state’s constitution justifies involuntary servitude if convicted of a crime, stating: “That no form of slavery shall exist in this state; and there shall not be any involuntary servitude, otherwise than for the punishment of crime, of which the party shall have been duly convicted.”

Rep. Danny Garrett, R-Trussville, a member of the committee on the recompilation of the constitution, said the group is awaiting more research on the term “involuntary servitude” before making any recommendation in that regard.

Involuntary servitude in most cases is defined as service or labor performed against one’s will and some have equated it to slavery.

Some believe prohibiting involuntary servitude in all cases may affect sentencing under criminal statutes, Garrett said, as some prisons force prisoners into labor.

“I think that’s going to be something we’ll have to wrestle with,” he said. “I don’t want to leave anything racist in the constitution but (involuntary servitude) arguably is and arguably isn’t. If it’s not necessary and doesn’t really add value, I’d probably lean toward removing it, but I don’t have that much information yet.”

According to committee documents, similar references to involuntary servitude remain in the constitutions for 18 other states, including Mississippi, Georgia and Tennessee; however, Tennessee residents will be voting on the removal of the language in 2022.

According to the resolution approved by Tennessee legislators earlier this year, the language in its constitution, if approved by the state’s voters, would be changed to say, "Slavery and involuntary servitude are forever prohibited. Nothing in this section shall prohibit an inmate from working when the inmate has been duly convicted of a crime.”

Since 2018, three states — Colorado, Nebraska and Utah — have voted to prohibit involuntary servitude in all instances.

Alabama legislators are also hoping to change language related to segregation of schools, though two prior attempts failed by voters.

Although school segregation was outlawed by the Supreme Court in 1954 via Brown v. Board of Education, section 256 of Alabama’s constitution still states, “Separate schools shall be provided for white and colored children, and no child of either race shall be permitted to attend a school of the other race."

Attempts to remove the phrasing in 2004 and 2012 failed by voters, though those measures also contained other proposed changes.

The 2004 attempt also included a proposal to strip language “creating or recognizing any right to education or training at public expense,” and language entitling legislatures to “require or impose conditions or procedures deemed necessary to the preservation of peace and order.”

The 2012 proposal would have only removed the sections allowing separation of schools by race but kept some of the previous language.

“It’s been on a ballot twice before and failed both times, not so much both times because people didn’t want to remove the racist language, but some of the language has to deal with the way schools are funded in the state, so the last time this was on the ballot, the teachers union mobilized because they were concerned that it would affect school funding,” Garrett said.

The committee will also recommend removing section 259, which allowed poll taxes —a deterrent in preventing poor people from voting — collected to support the education system. Poll taxes were outlawed by a U.S. constitutional amendment in 1964.

“There’s an overwhelming desire in the legislature and the state to remove language that is overtly racist in the constitution,” Garrett said.

The next meeting for the committee on the recompilation of the constitution is scheduled for 10 a.m., Oct. 13, Room 200 of the Alabama State House, 11 S. Union St., Montgomery.

The committee, approved by Alabama voters in 2020, will make recommendations prior to the start of the January legislative session. Upon approval by legislators, the changes would go before Alabama voters November 2022.