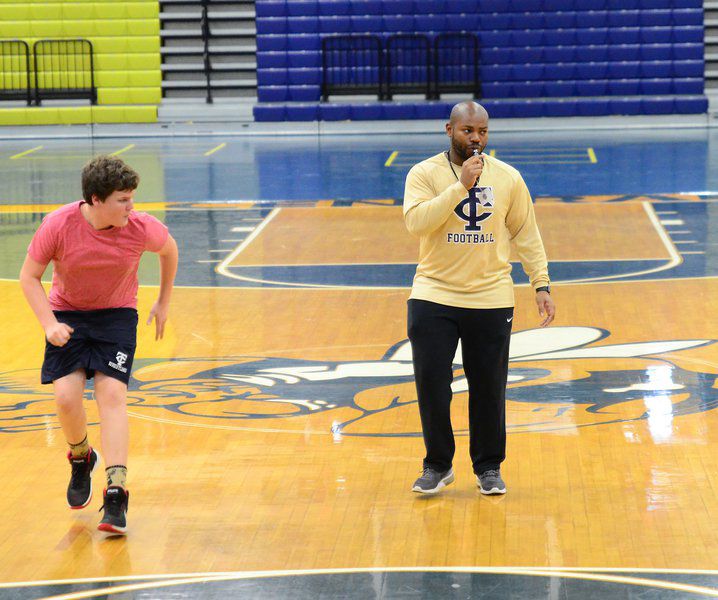 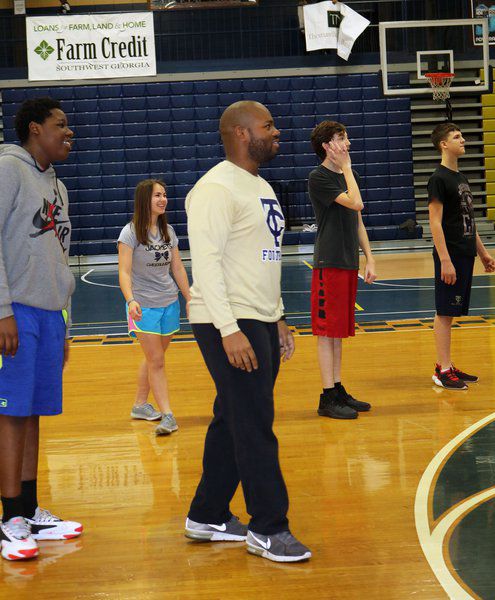 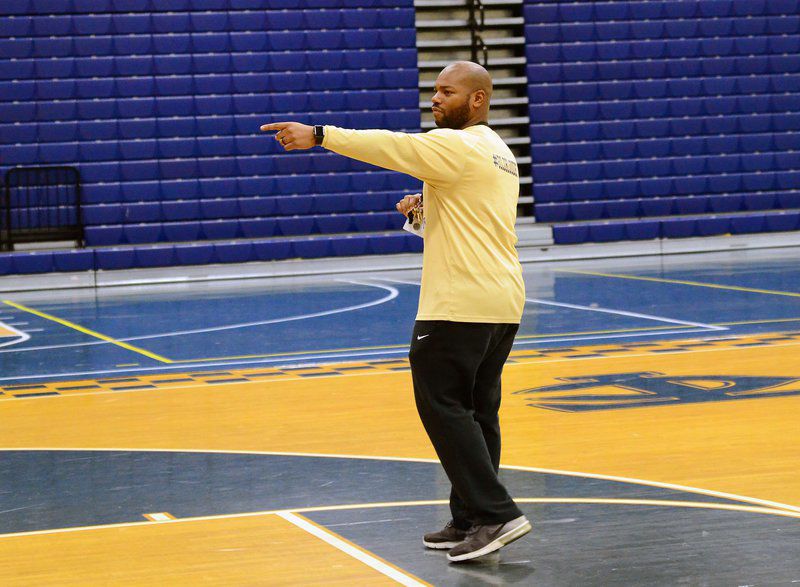 THOMASVILLE — Alex Hall is motivated to come to work each day. As an educator and coach at Thomas County Central High School, Hall is inspired by his students daily.

“Kids are my motivation,” he said. “That is one of the reasons I’m always in a good mood.”

Hall currently teaches physical education and health and believes in giving his students motivation as well.

“He wants his classes to succeed in life, so he pushes us to work,” student Melinda Thompson, 14, said. “As a coach, he taught me how to push myself to work harder and not give up on my fitness goals.”

“Some of the most influential people in my life were coaches, and I hope I can affect at least one student in a positive way,” he said.

This is Hall’s first year at TCCHS. He is enthusiastic about joining the Yellow Jacket family.

“This is a legendary program with a lot of rich history,” he said. “I’ve encountered so many living legends in my short time here; it’s amazing. When the opportunity to teach and coach in the community came, I immediately jumped on it.”

Hall currently coaches the TCCHS Yellow Jacket football team’s running backs. He enjoys watching his players score on the field and have fun at practice.

“I love coaching running backs because they can be some of the most electrifying athletes on the field,” he said. “They are always fun to coach and fun to watch. There is an indescribable feeling when I get to see a kid score a touchdown.”

Moreover, he instructs his athletes to work hard to overcome their adversities.

“Sports force students into stressful situations, and it can expose weaknesses and strengths that they never knew they had,” Hall said. “There will be times in adulthood where you will be tested mentally and physically. Will you roll over and quit, or will you persevere and win?”

Coaching is an enlightening experience for Hall as well.

“Coaching has taught me so much about life,” he said. “I've discovered that you can't take everything at face value. There are people going through a lot, but you would never know because they smile every day. When it gets tough with the everyday grind, and I've been away from my family for a while, I think about the kids who need me there to help them through whatever it is they are going through.”

Hall also teaches his players and students respectful qualities, such as honesty. And he’s inspiring his students to exercise off the field and outside of class.

“I had a conversation with a parent this week about their child,” Hall said. “She told me that her son was very excited about doing the most pushups in the class for the FitnessGram. I didn’t know that he had been working out later on his own. This gave him a platform to show that his hard work is paying off. I’m just glad I could witness this.”

In his spare time, Hall enjoys watching movies, fishing, and spending time with his wife of six years and two-year-old daughter. Sometimes, he coaches for other organizations. For example, he recently led a group of youth in a Georgia-Florida all-star football game.

“The game was an amazing experience,” Hall said. “I was able to coach a group of kids who were highly motivated.”

Back at home, Hall’s favorite part about being a TCCHS Yellow Jacket is the community. People respond to the TC logo, and he’s encountered the sense of pride shared by Jacket Nation. For example, the first time he sported a TC football shirt, people were very welcoming.

“Multiple people introduced themselves, but even more people politely said, ‘Go Jackets,’” he said. “I was amazed at the level of respect the program has within the county. This pride is also evident in the number of alumni who choose to come home to pour back into this community.”

Which is a must-have on your holiday menu?