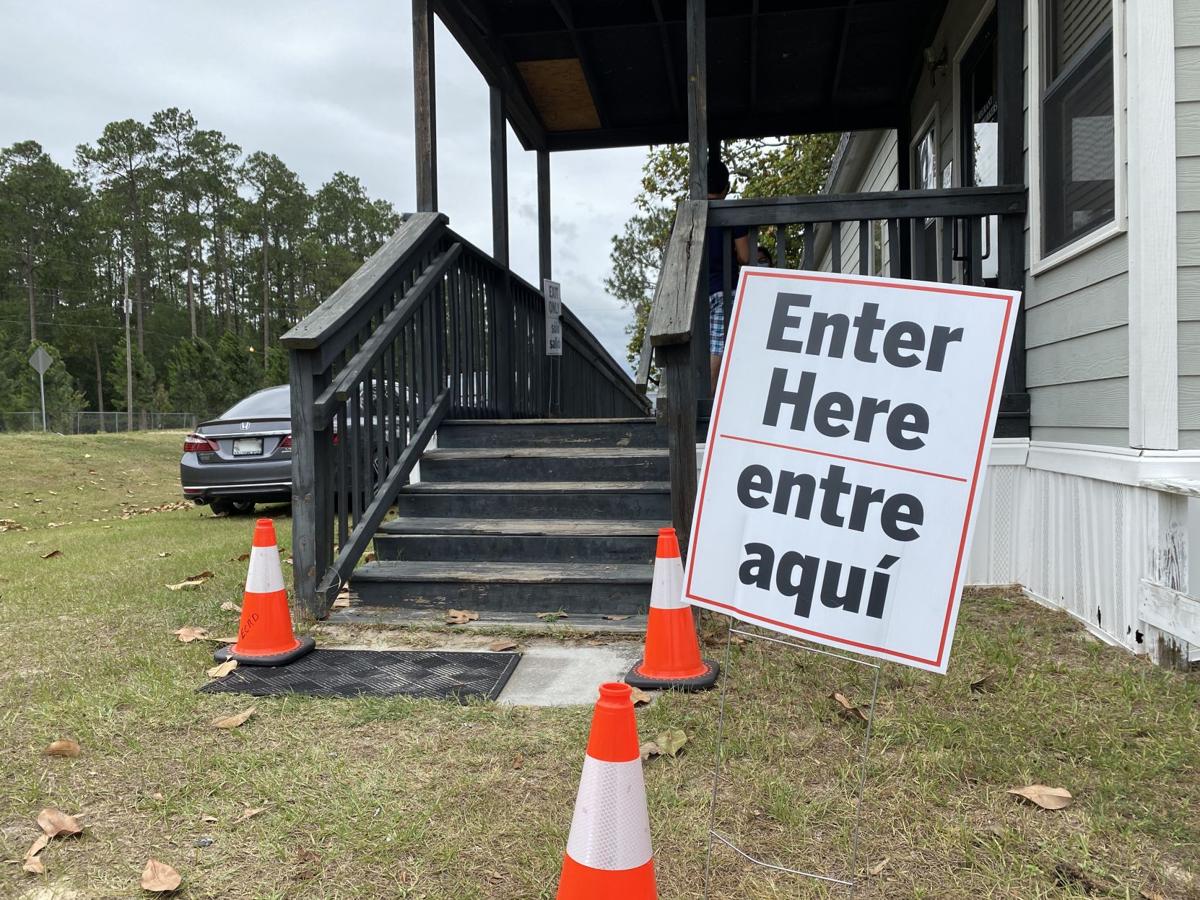 Migrant workers can visit the clinic in Echols County for COVID-19 testing. 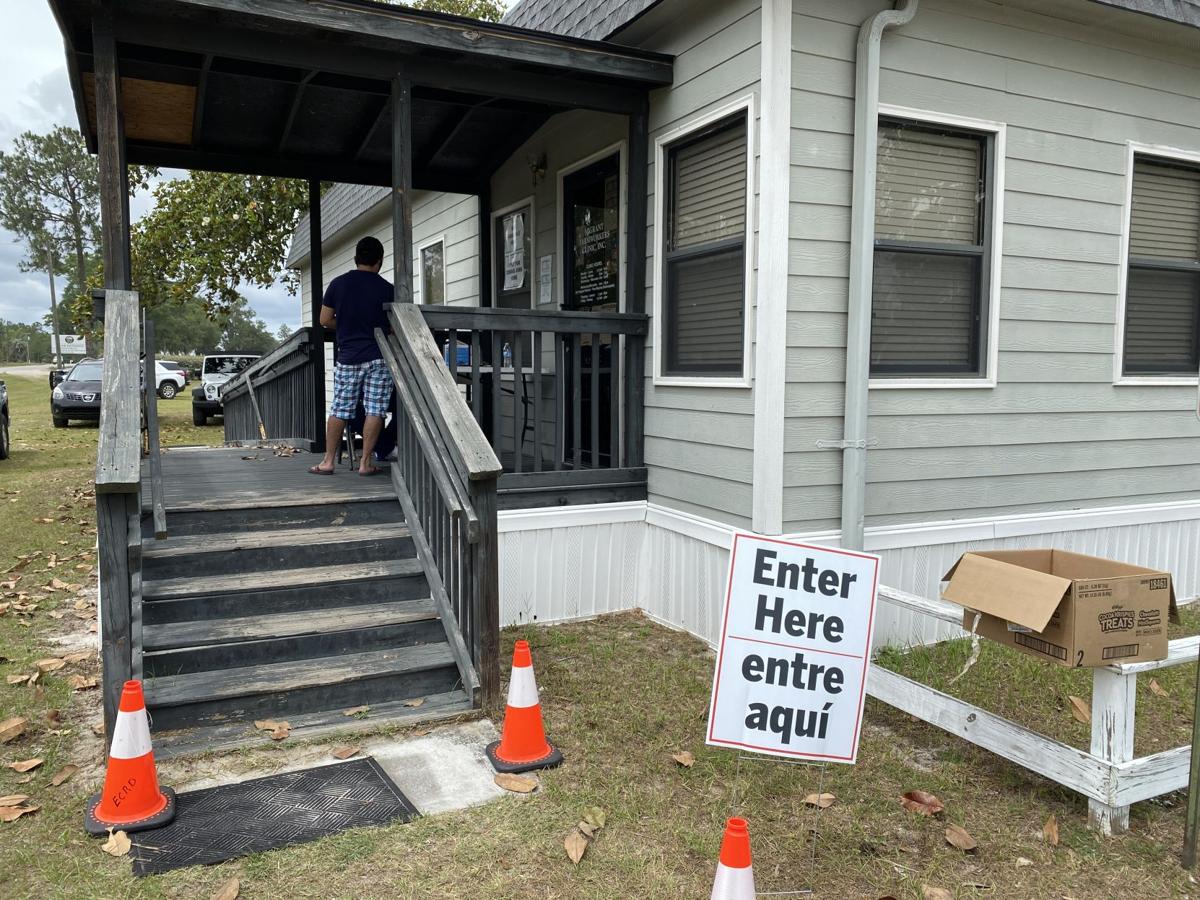 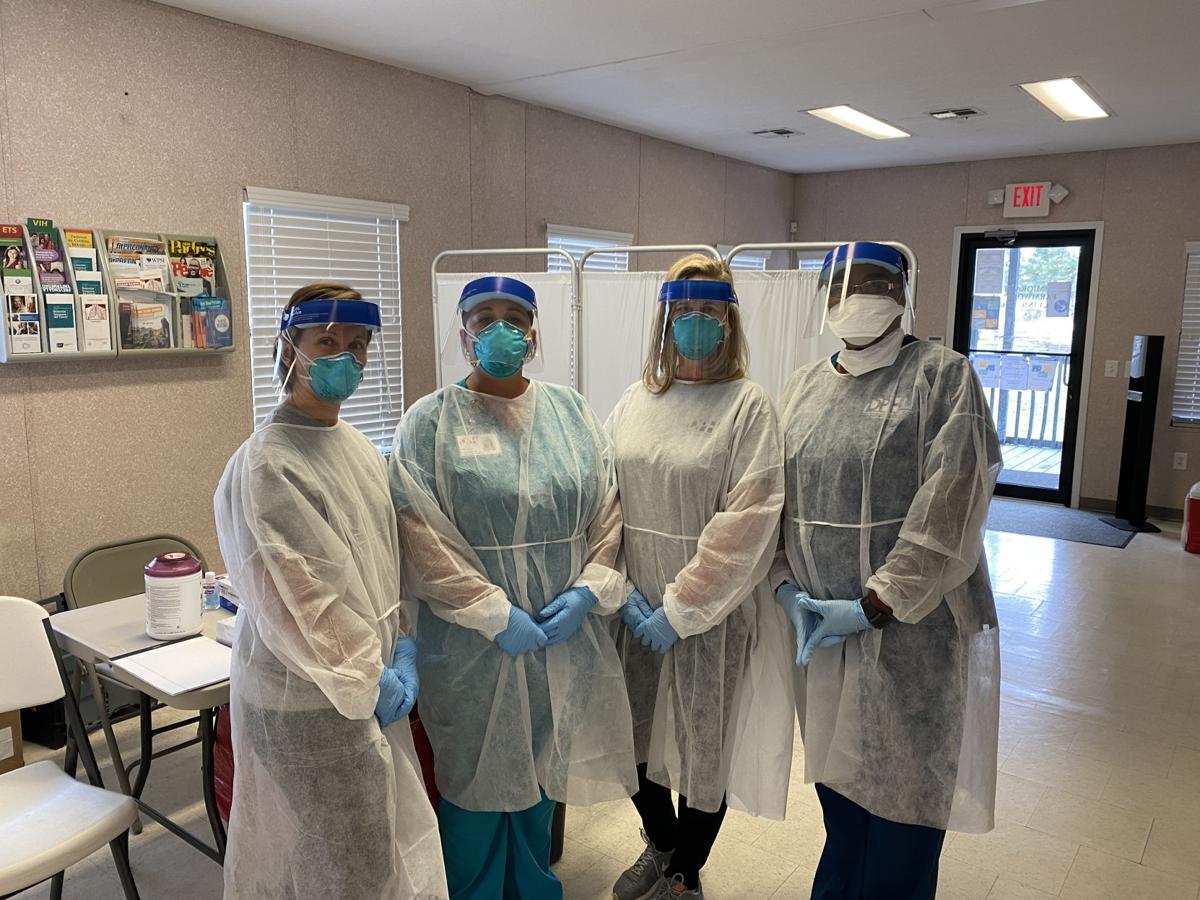 Migrant workers can visit the clinic in Echols County for COVID-19 testing.

STATENVILLE - Echols County has experienced an explosion in COVID-19 cases the past 10 days.

Echols jumped from 18 cases May 18 to 99 cases by Wednesday afternoon.

The sparsely populated county has a little more than 4,000 residents but now has the third-highest cases of the coronavirus per 100,000 people of any county in the state.

The identifier of the latest COVID-19 outbreak? A South Health District coronavirus testing event held May 18 with the Migrant Farmerworkers Clinic.

Because of the nearly 50% positive rate from the May 18 testing, Grow said Tuesday the clinic requested the district conduct a second testing event.

The state did not define Echols County as a hot spot as of 4:18 p.m. Wednesday afternoon, according to Nancy Nydam, GDPH director of communications, citing that the increase in cases is related to a unique population (migrant workers) who live in congregate settings.

"Another important factor is that they increased testing significantly in this area recently (as we have statewide) and a large percentage of the positives are asymptomatic," she said. "Two weeks ago they would not have qualified for testing. And, as we’ve said before, we know that increased testing will mean an increase in positive cases.

The second round of testing was held Tuesday afternoon; only 20 people received a free test. Most of the people displayed mild symptoms or no symptoms at all, Patten said, which could account for the GDPH reporting only three hospitalizations and no deaths in the county as of Wednesday afternoon.

The clinic tests adults ages 18 and older, so infection rates of children remain unknown at this time.

“Continuing to test across that community is critical in gaining a full picture of what is happening, how this disease is spreading and how we as public health can help,” Grow said. “As we host these testing events and continue to test more individuals, we are making sure to provide education on what they should do to protect themselves and those around them to help mitigate the spread."

Despite holding a second testing event in nine days, County Nurse Manager Leigh Ann Combass said the district did not plan to make the testing event routine at the time, calling it "as needed."

Susan Wehling is a person familiar with migrant worker communities in South Georgia. A professor at Valdosta State University for more than 20 years, she takes VSU students down to the Echols farms about once a semester to meet with migrant workers to learn in the field as part of the Spanish, Latin American history and immigration classes she teaches.

While some are undocumented, most of the migrant workers are documented, she said, possessing H-2A visas to be in country for temporary agriculture work. She describes the working conditions as "good" and their pay as "pretty good compared to where they're coming from which is usually a dollar an hour."

Based on her conversations with migrant workers in Echols and Lowndes, Wehling said she has noticed a general apprehension of needing to work to keep their jobs.

"It's just a good paying job for them that they're so nervous about not being asked to come back. ... Nobody wants to lose their job so oftentimes, they'll work when they're sick," she said. "They don't want to miss work."

Patten told The Valdosta Daily Times May 21 that most farms in the area have required staff to wear masks while working and regularly sanitizing worker transportation buses to maintain sanitation standards.

If workers receive a positive test, they must stay home and follow the district guidelines of quarantining for 10 days and be without symptoms before returning to work, Patten said. Workers who were tested were asked to stay home until receiving results, she said.

Not only does an ever-present fear of missing work keep migrant workers on the job, their hours change with the crops and may have to work shifts when the Migrant Farmworkers Clinic and other health care facilities are open. Additionally, the majority are not confident English speakers which can create a communication barrier between workers and receiving medical attention, she said.

With two Spanish translators at the testing event Tuesday, the district has tried to narrow the communication gap to provide testing and health assessments for the workers.

"We have interpreters on hand at all of our testing events to make sure that the information is communicated properly and in a way that they are able to understand," Grow said. "These mobile testing events are crucial because we as a district strive to meet people where they are and provide all of our residents the same access to resources, testing and information.”

On top of all those factors, their living situations do not usually allow for social distancing from one another.

“H-2A workers live in a bunk house and bunks are close to each other. They share one kitchen," Wehling said. "They live in very close-quarters and that makes it really difficult.”

Seeing bunkhouses and migrant camps has been eye-opening for her students, Wehling said.

"We as Americans have so much space and privilege," she said.