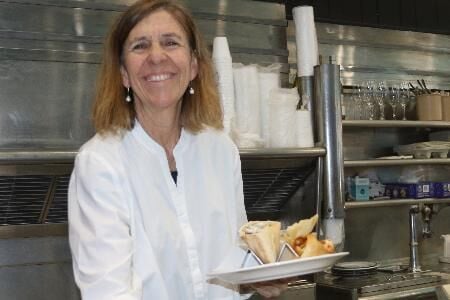 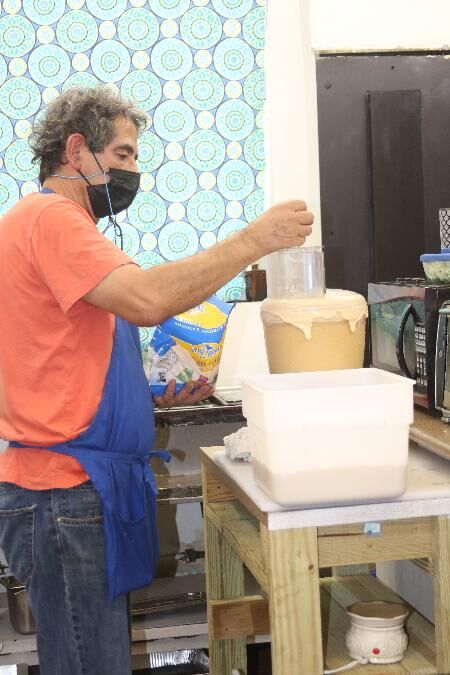 Chef Mouyyed Hassouna is co-owner of Mo's Mediterranean Table. Hassouna finds motivation in fresh ingredients, some of which he grows in a garden.

Chef Mouyyed Hassouna is co-owner of Mo's Mediterranean Table. Hassouna finds motivation in fresh ingredients, some of which he grows in a garden.

Formerly at 122 McKey St., Mo's relocated to 200 N. Patterson St. at the end of March. The building was previously the long-time home to King's Grill.

Though owners searched for new property outside of Downtown Valdosta, Wehling-Hassouna said she and her husband, Mouyyed Hassouna, ultimately decided to remain in the area due to the downtown vibe and the downtown community.

She dubbed the North Patterson Street space as one that has a "darling, retro look" and said they chose it because it is "centrally located." The new building provides more seating and more visibility, she said.

After spending more than eight years selling falafels at the Downtown Valdosta Farmers Market, the Hassounas decided to open Mo's Mediterranean Table in May 2020.

Driven by a passion for food and culture, Hassouna is from Zeita, Palestine; he was inspired by his mom to cook, according to owners.

His falafels are crafted from ground chickpeas and spices. He grows parsley, mint and herbs used for dishes and teas in a garden he started next to his eatery.

Additions to the menu are beer, wine, falafel baskets and hummus baskets.

Wehling-Hassouna said all recipes are homemade. The bread and the baklava are made from scratch in Jacksonville, Fla., she said.

"We really believe food is diplomacy, and that when you share food that's made with love, you create healthy and happy people and communities," Wehling-Hassouna said. "The table is where the heart is, and we believe that, so we like to share that with others and it feels good and reaffirming to know that people like what you make. It makes my husband thrilled when people like his food. ... It's like his artwork. Food is his art and people like it, and then, he feels encouraged to keep going."

She said she and her husband would like Mo's Mediterranean Table to be a gathering site for people to be able to enjoy food, listen to music and meet one another. She said Hassouna would like to eventually introduce monthly specials with new dishes.

Mo's is currently hiring for all positions. Anyone with cooking or restaurant experience can email Wehling-Hassouna at valdostamama@gmail.com.