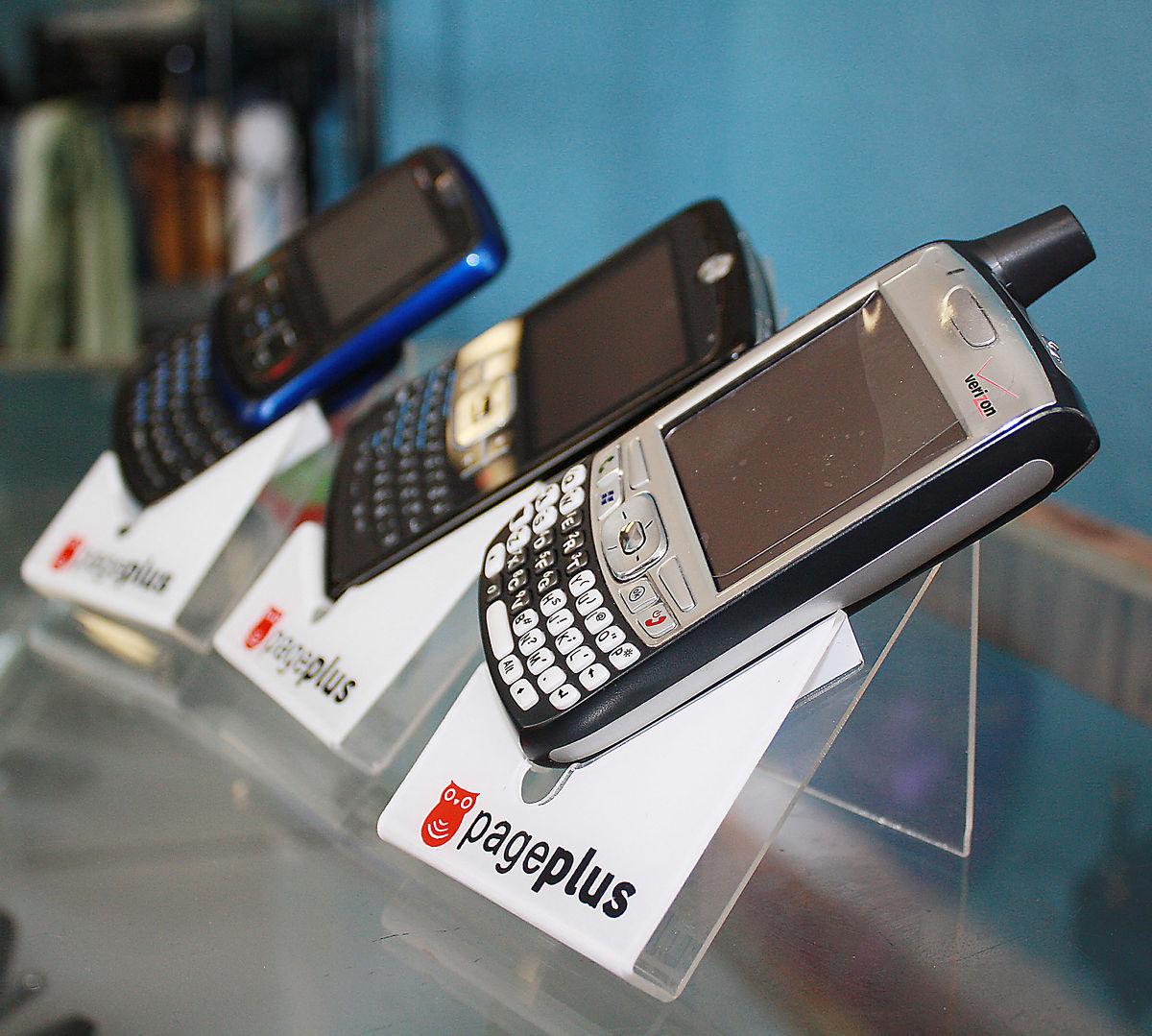 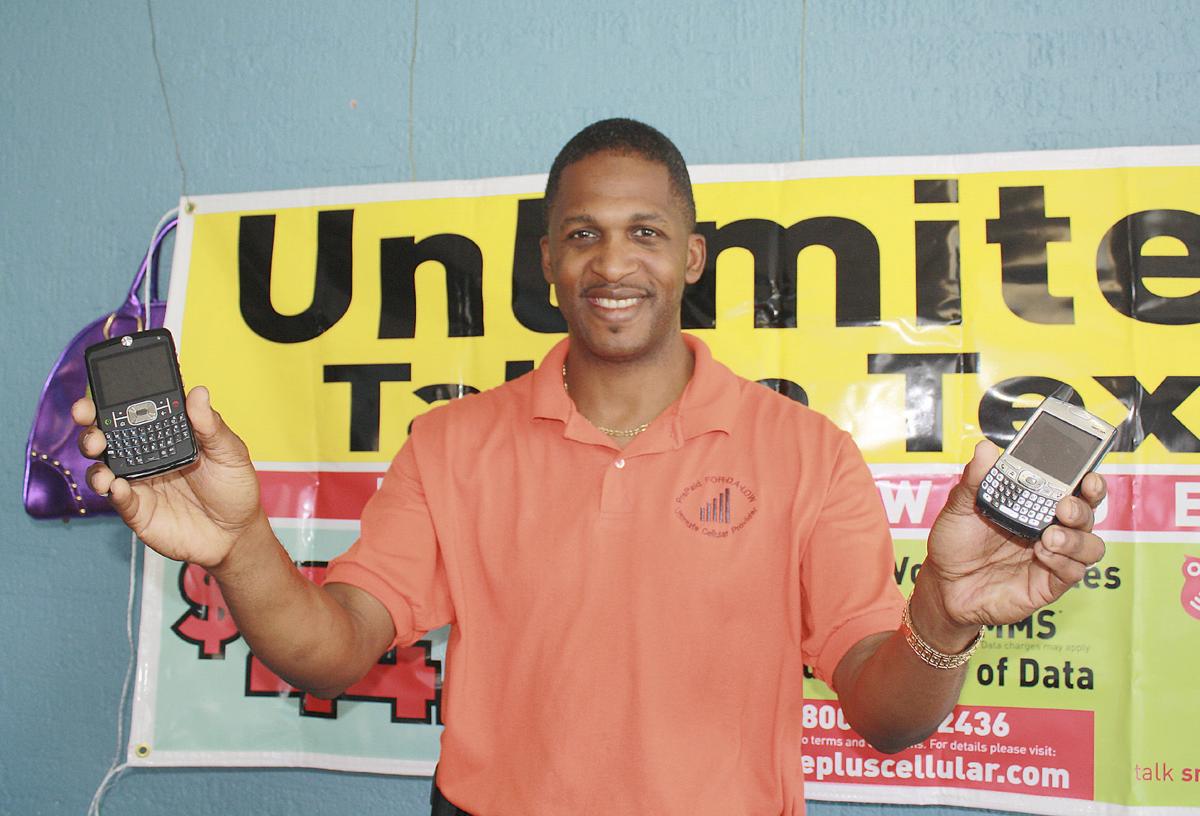 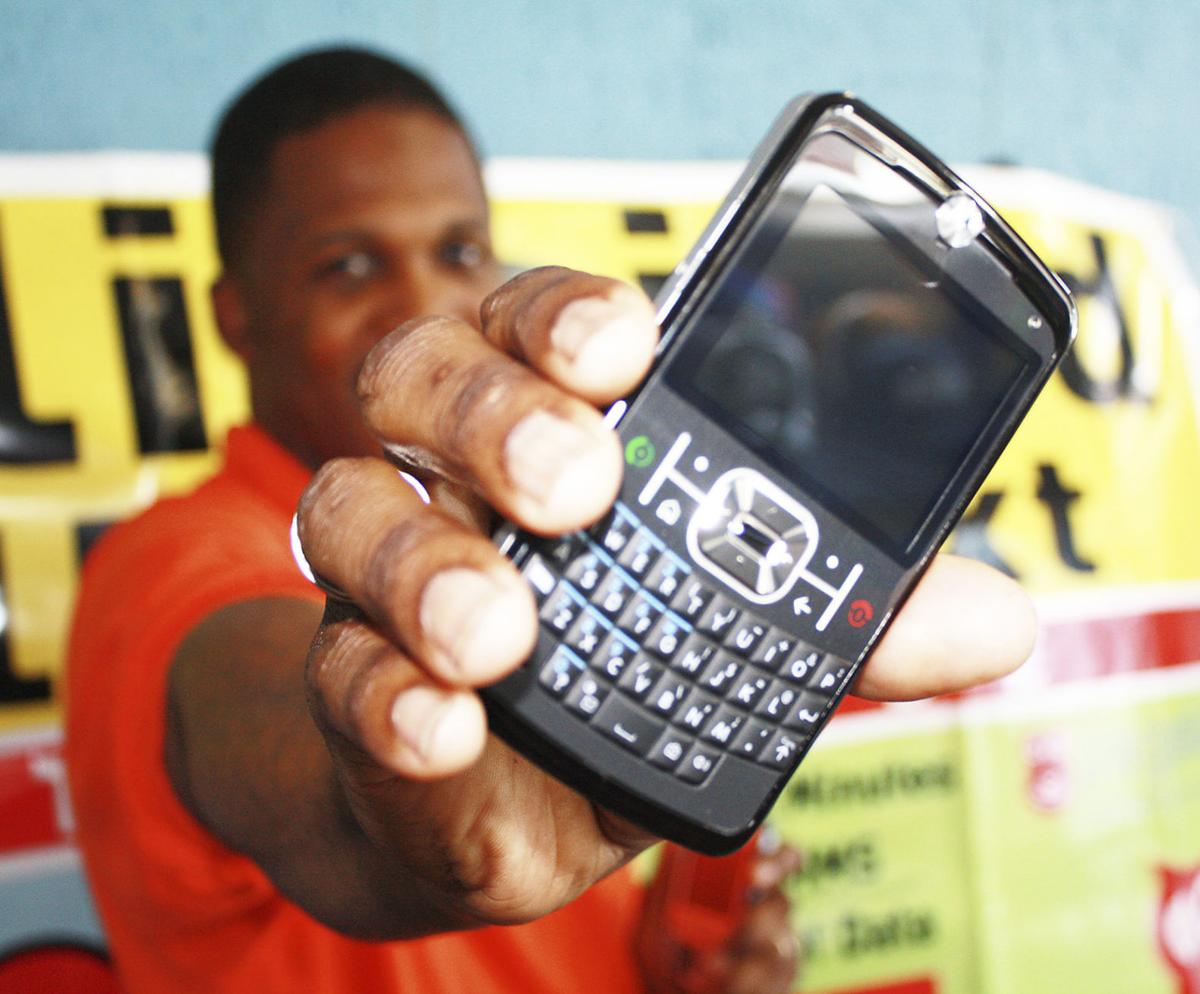 James Pitts, owner of PrePaid For-Da-Low in !uitman, holds up one of the prepaid cell phones that can be bought using the Page Plus cellular service. 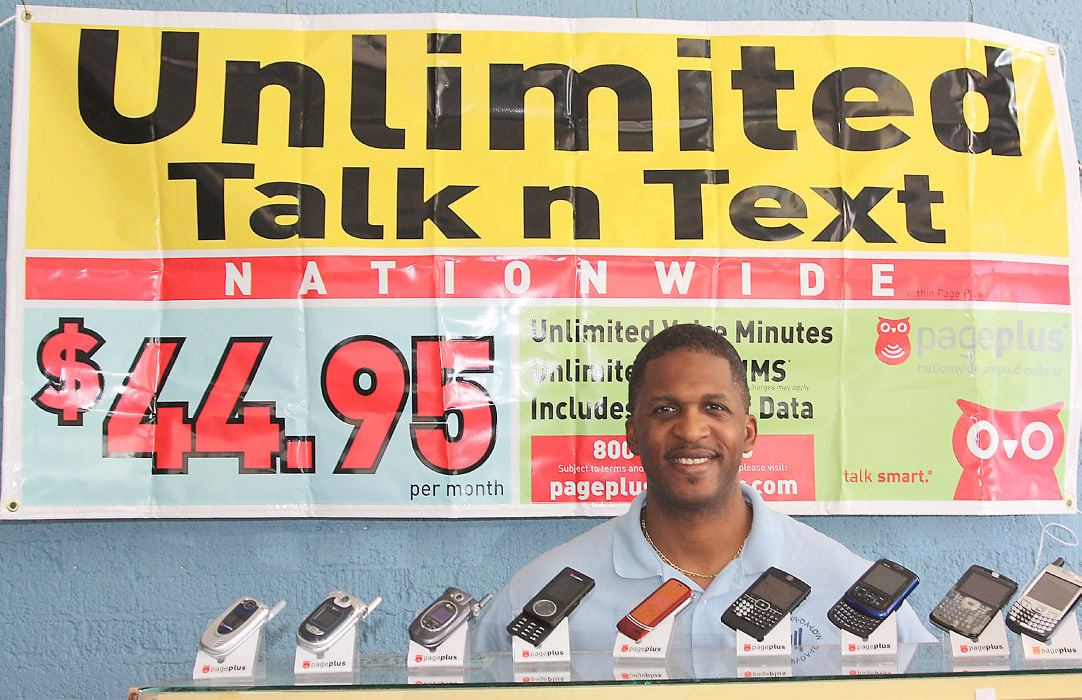 James Pitts, owner of PrePaid For-Da-Low in Quitman, poses with a variety of prepaid cell phones that can use the Page Plus wireless service. 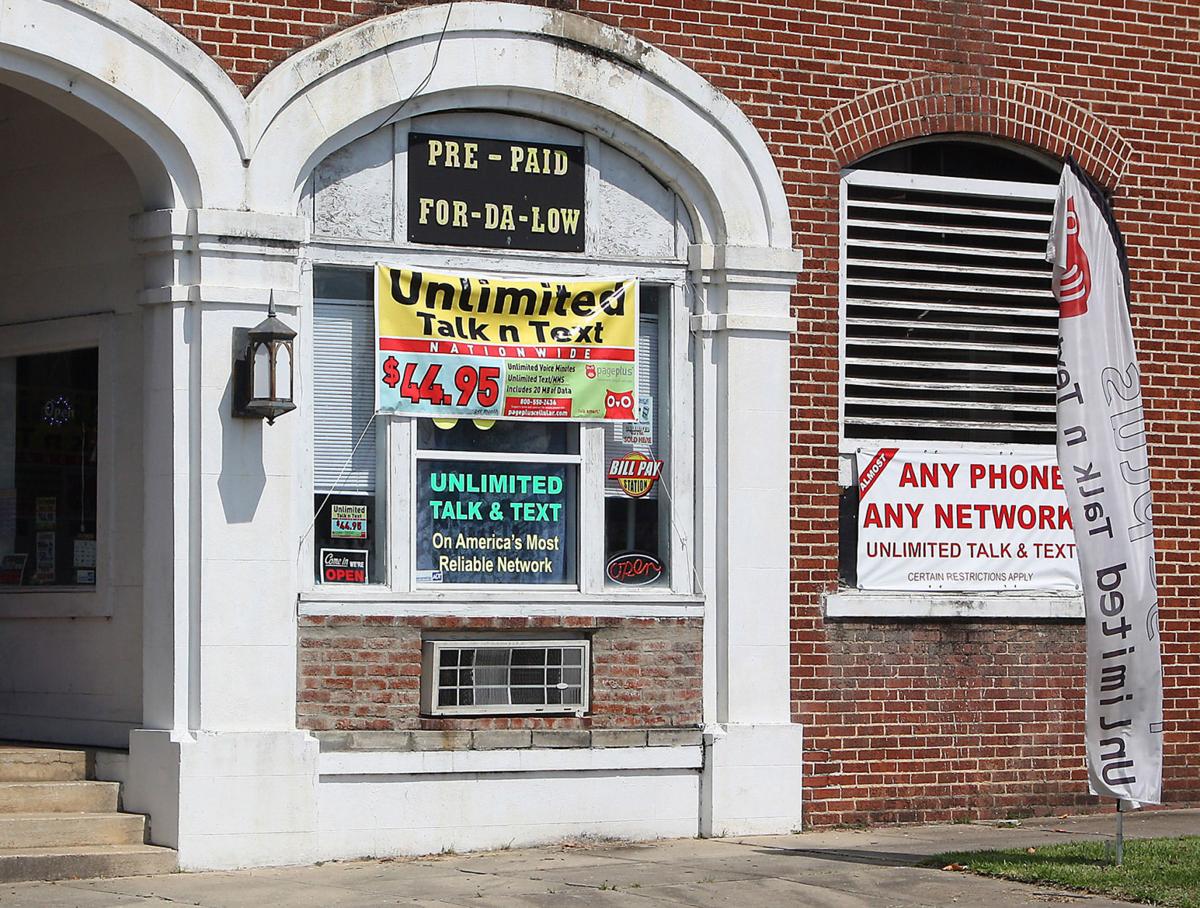 PrePaid For-Da-Low is located at 101 North Martin Luther King Drive in Quitman. They also have a location in Valdosta and will soon have one in Adel.

James Pitts, owner of PrePaid For-Da-Low in !uitman, holds up one of the prepaid cell phones that can be bought using the Page Plus cellular service.

James Pitts, owner of PrePaid For-Da-Low in Quitman, poses with a variety of prepaid cell phones that can use the Page Plus wireless service.

PrePaid For-Da-Low is located at 101 North Martin Luther King Drive in Quitman. They also have a location in Valdosta and will soon have one in Adel.

Commitment issues come in a variety of scenarios — marriage, relationships and yes, even wireless contract plans.

From Boost Mobile and Virgin Mobile to Straight Talk and Page Plus, contract free prepaid phones are becoming the go-to phone for Americans who can’t afford the mobile plans that come with a two-year contract.

James Pitts, the owner of PrePaid For-Da-Low in Quitman, believes that prepaid phones are becoming more popular than contracted phones not only because of the price, but also because of the fact that customers do not need a credit check.

“I think prepaid services are doing good everywhere, not just in Quitman, simply because it targets more of the low income people or the people that credit isn’t established or as well as others and so it gives another out for other people that need a phone,” Pitts said.

They also have the standard pay-as-you-go plans where customers buy minutes whenever they run out, and the minutes never expire.

“You get more for your money and you’re not obligated to anything,” Pitts said. “Not everybody can get a contract because (not) everybody (has) the credit. You either have to have a huge down payment or (you) get turned down all together. Times are hard. Even the people who are able to get on contract are becoming prepaid because they have children and bills are going sky-high. People are trying to save money.”

Those sky-high wireless bills are what the Federal Communications Commission (FCC) are calling “bill shock.” According the FCC, “bill shock” is a sudden increase in a phone bill that is not caused by a charge in a service plan.

On May 26, the FCC released findings from an agency survey that showed 30 million Americans (one in six mobile users) have experienced “bill shock.” Eighty-four percent of those 30 million Americas said that their mobile carrier did not contact them with they exceeded their allowed minutes, text messages or data downloads.

Brandy Boone of Valdosta has been a prepaid phone user for the past three years.

“No matter what, the bill is the same,” Boone said. “(There are) no overages (and) no hidden costs. I use three different providers and they are easy, convenient and in a lot of ways, so much cheaper. It (also) restricts access to only (the) items you want, such as (picture) messages, text (or) downloading items.”

Pitts believes that more contract customers will be moving to prepaid in the future.

“I think more people will move towards (prepaid),” Pitts said. “People that are basically interested in talking and texting and sending pictures, I think (prepaid) will get those people. But when you are dealing with business people, people that do a lot of e-mailing, who need the (applications) on the iPhones, the Blackberry, the Droid, they will have to remain faithful customers with AT&T, Verizon, Sprint, whoever they are with, simply because they need those professional (applications). A person who talks and texts, prepaid will take over. The younger people, the low-income people, but as far as professional people, I think contract will always be around.”

But according to Pitts, not only are prepaid phones the wave of the future, prepaid everything is making its way to become mainstream.

“Prepaid is not only taking over in the cellular phone area, now there is prepaid television, prepaid Internet, you can get a (wireless) card for your computer,” Pitts said. “There’s prepaid home phone service that’s taking over. Prepaid is taking over in everything and I think, this is just me talking, I think prepaid is the way to go with families that way they won’t be putting themselves in debt because you either got it or you don’t. Then you won’t have these high priced bills. Prepaid is the way to go.”