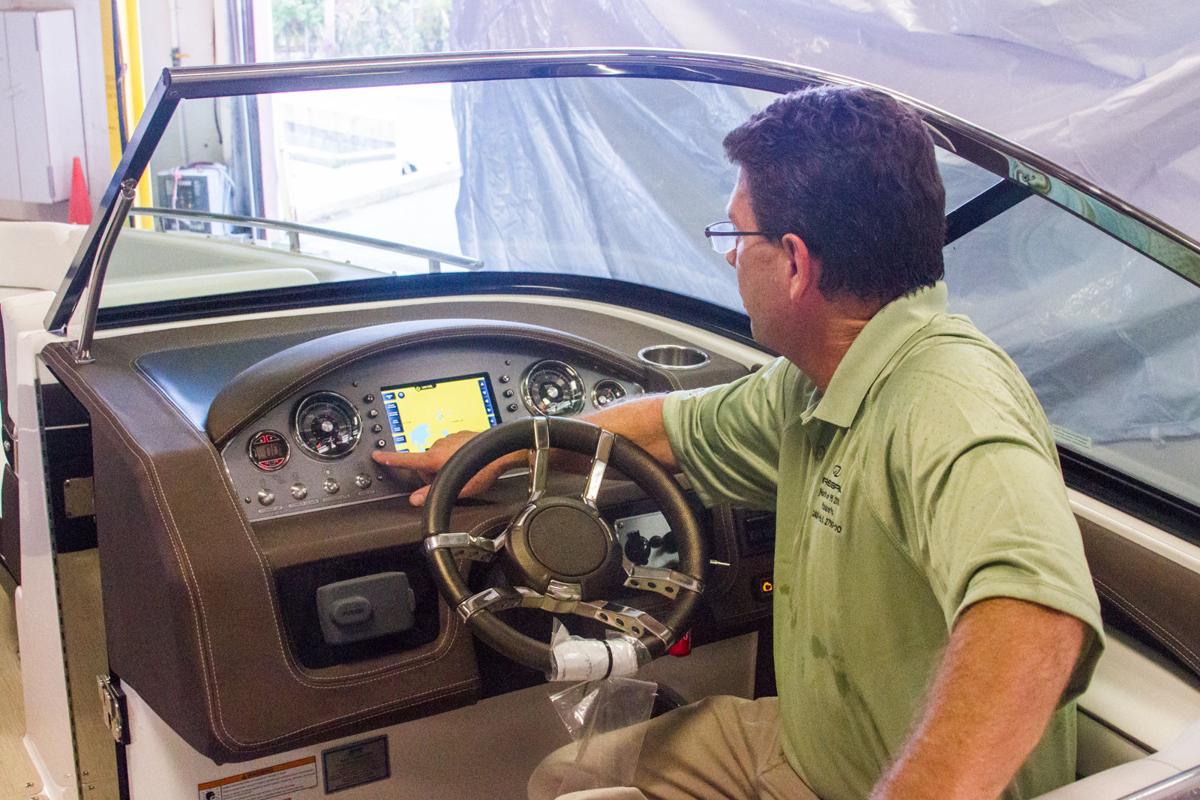 Greg Justice, manufacturing director, sits at the helm of a boat at the end of the production process. 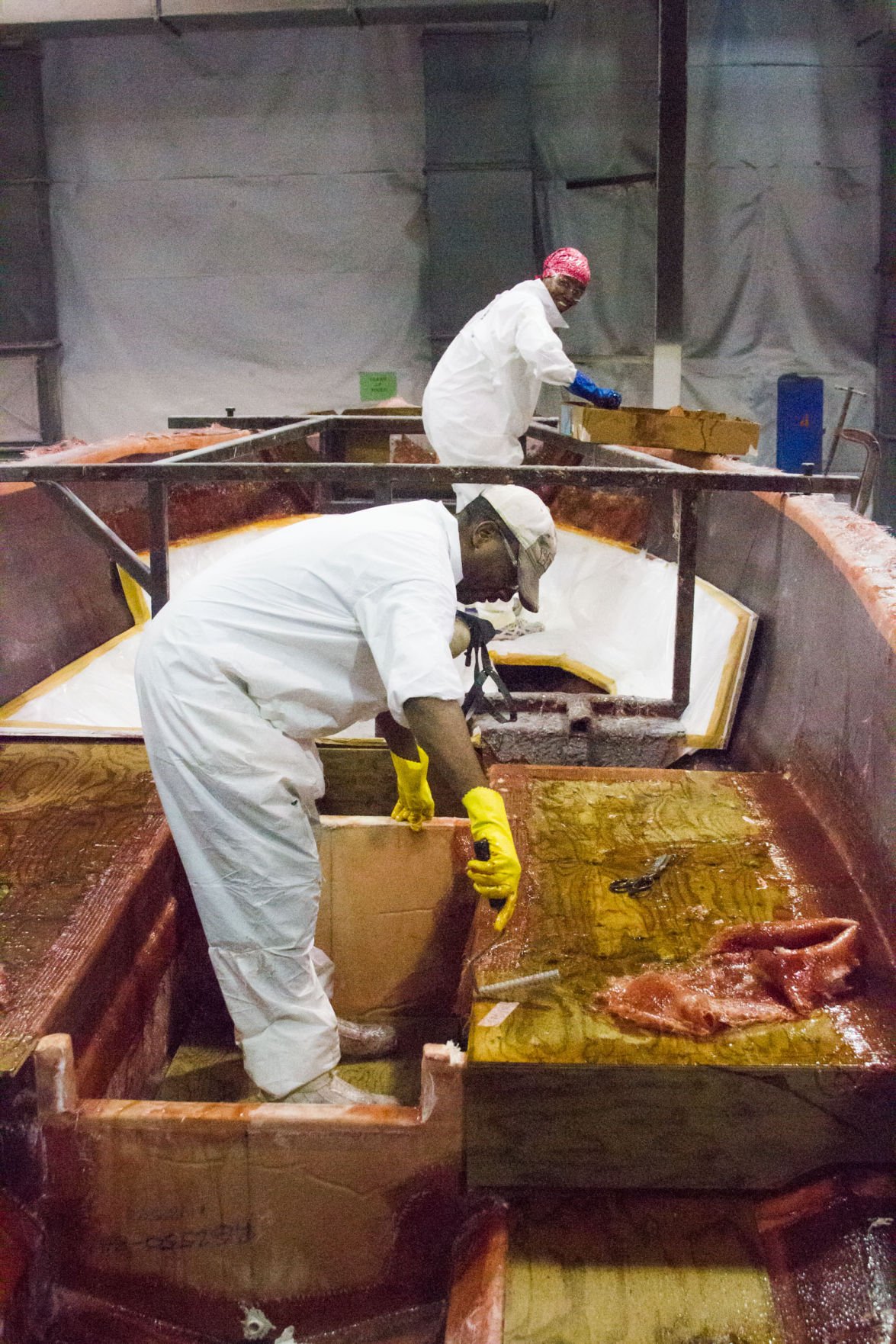 Technicians smooth and cut a layer of fiberglass. 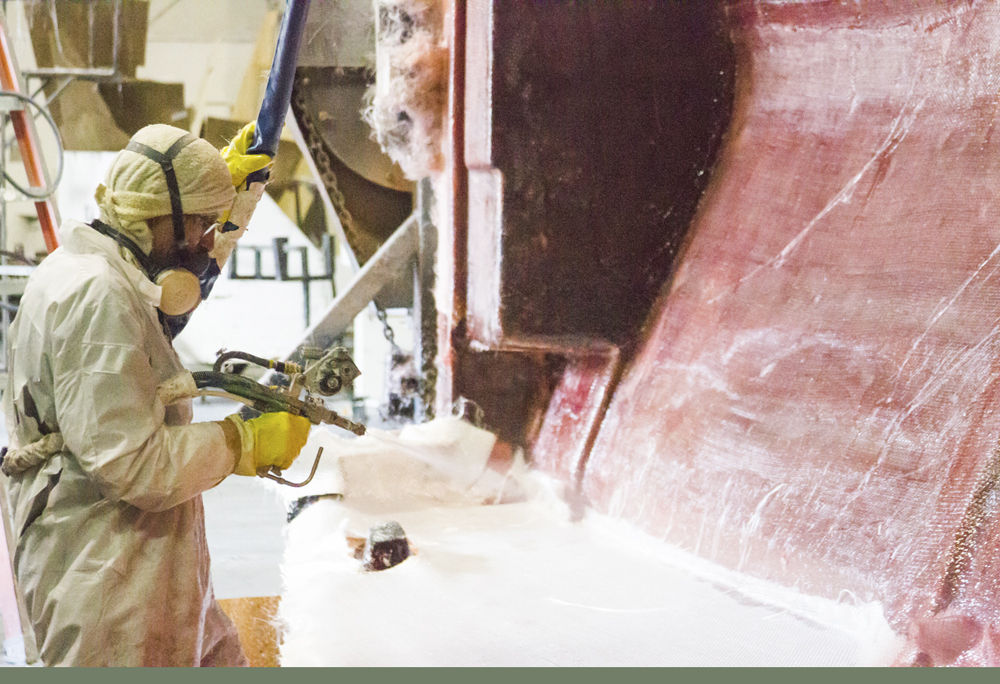 A technician sprays a layer of fiberglass and resin. 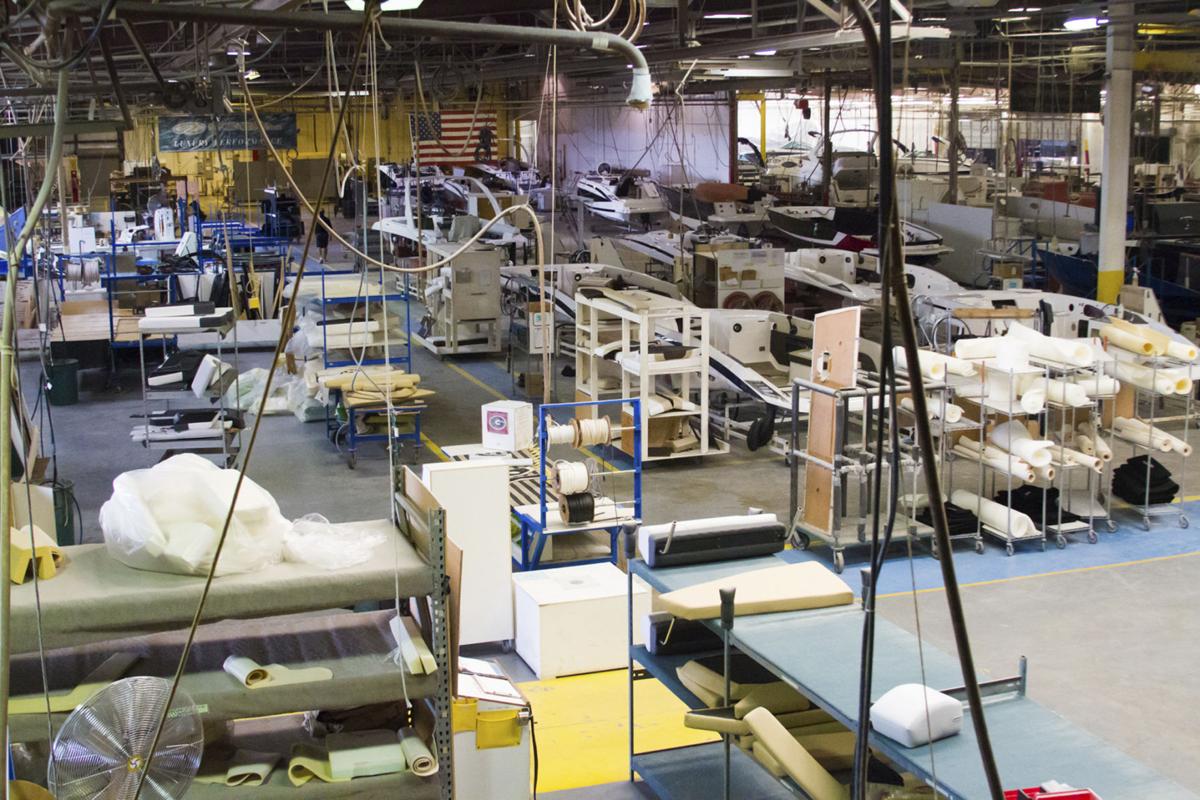 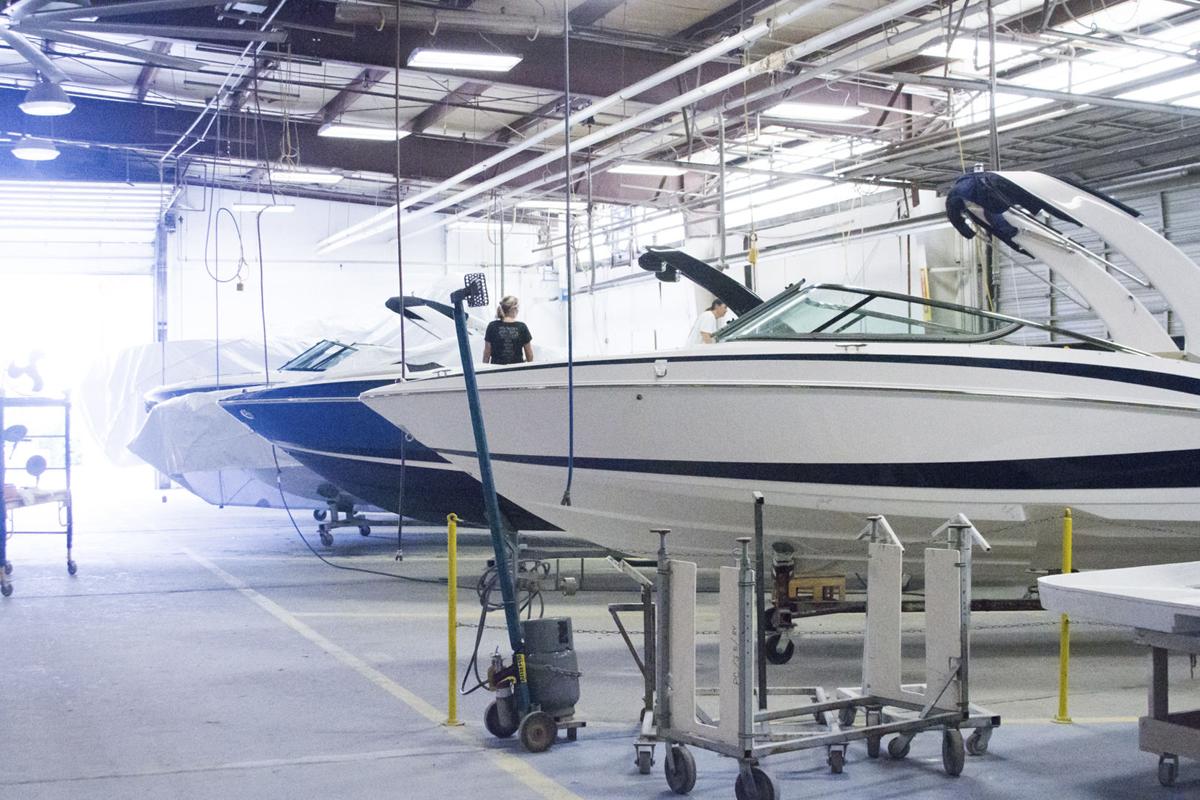 At the end of the line, boats sit awaiting final inspections and water tests.

Greg Justice, manufacturing director, sits at the helm of a boat at the end of the production process.

Technicians smooth and cut a layer of fiberglass.

A technician sprays a layer of fiberglass and resin.

At the end of the line, boats sit awaiting final inspections and water tests.

VALDOSTA — Regal Marine was started in 1968. As the company survived through numerous national recessions, it learned two important things: Debt is twice as problematic during a recession and the company that tend to weather recessions the best are those focused on high-quality production.

So, the company pulled itself out of debt and rededicated itself to quality.

When Bayliner decided to close down its Valdosta plant in 2001, Regal bought it and opened up in Valdosta.

“We picked up a ton of good people, and most of the people that started with us in 2001 are still with us,” said Greg Justice, director of manufacturing.

Since then, boats have become more specialized, much in the same way automobiles have.

“Boats have become much more complicated. As the marine industry has progressed, it's become more automotive-like with fit and finish, with upholstery, electronics, the features in the boat whether it's iPod docking or GPS, wake-boarding towers, different paint schemes.”

Here's the thing about boats: When you're standing in one — in the middle of a lake, out at sea, in your neighbor's back yard after they bring it home for the first time — it's easy to lose sight of all the intricate, detailed work that went into making it.

For example, take the wakeboarding towers Regal makes, a horseshoe shaped beam that arches over the cockpit.

Their creation begins by taking foam buns and wrapping them in fiberglass. An outer mold is put on it and resin is infused into the mold. From there, it gets ground down,          another layer of fiberglass is put over the seam and the tower is sanded, smoothed and ready for installation.

Or why not take the boat itself?

“Everything starts with the molding. If you think about boat building, it's like baking a cake, only you put the icing in the pan. We start with the mold and gel coat that.”

Striping is masked off and the painting process is started, taking up to seven different coats.

The first of which is called a skin coat, a very thin layer of fiberglass and resin that gets rolled and smoothed out after application to consolidate the fiberglass and get the air bubbles out of it.

Like any complicated, multi-step production process, any mistake made early on only compounds as it goes along.

As such, the men and women working on the initial layers have to keep a critical eye.

“There's an art to that. The people who work here do a better job at that than I've ever seen.”

After it cures, they come back and build the rest of the boat up.

When it's ready, the hull is pulled out of the mold, flanges are taken off and holes are cut as needed.

After the cosmetic side of things is taken care of, boats move on to the assembly process, which starts at Open Hole 1.

There, trunk liners are installed along with electrical runs.

“The goal is to get as much assembly done as possible before the motor is put in.”

After the motor is installed comes the deck.

“We pick the deck up with a hoist, put the hull under it, and it's a shoebox fit.”

All the plumbing and electrical connections are made and it’s sent to final build where cabinets are installed along with upholstery, all of it made in house.

To test its water worthiness, boats go into a water tank where they're tested on the water under rain conditions.

“And then we'll pick a boat from time to time and we'll take it to the lake, run it and take about two days to go through it and look at it in detail.”

Windshields and a canvas top are put in, sometimes with carpet, too.

Final checklists are marked, i's are dotted, t's are crossed.

And what started out as resin in a tanker, gel coat in a drum, rolls of fabric and containers of paint heads out to the sea, the lake and your neighbor's back yard on the first day they bring it home.