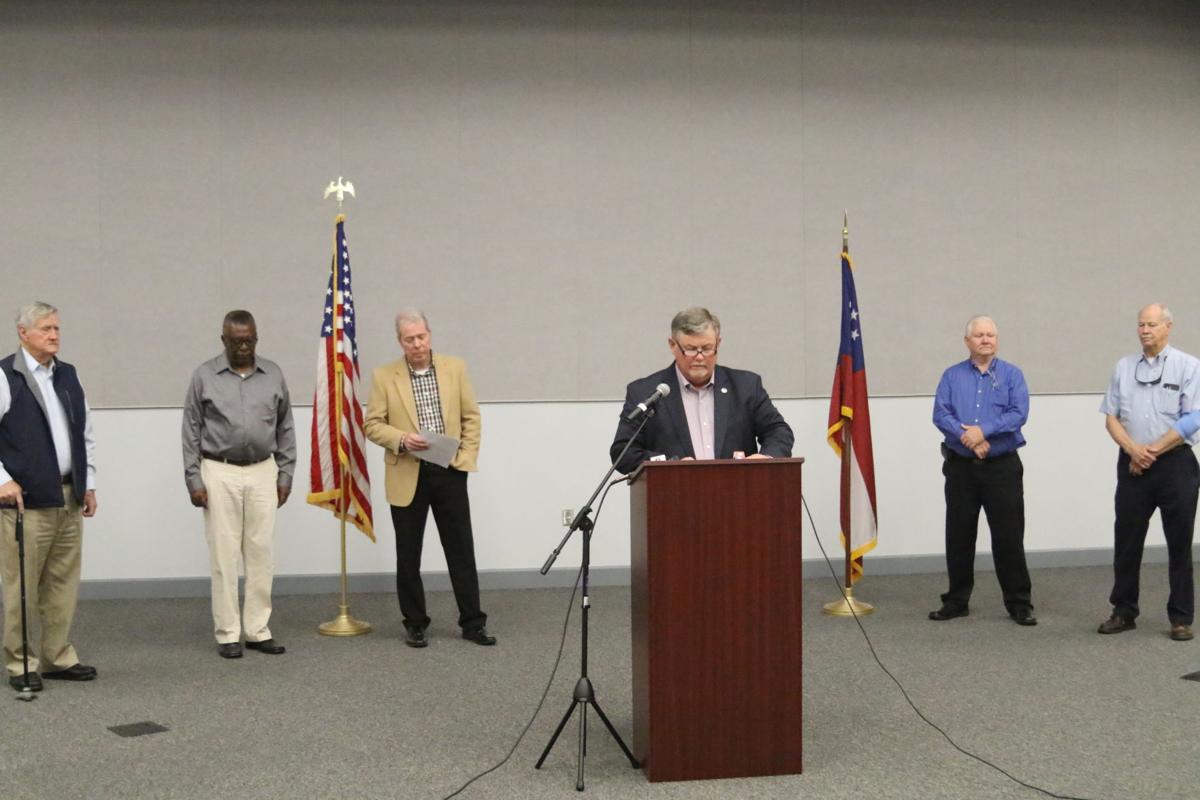 Lowndes County Commission Chairman Bill Slaughter, along with the mayors of the five cities in the county, declared a voluntary shelter-in-place order while practicing social distancing. 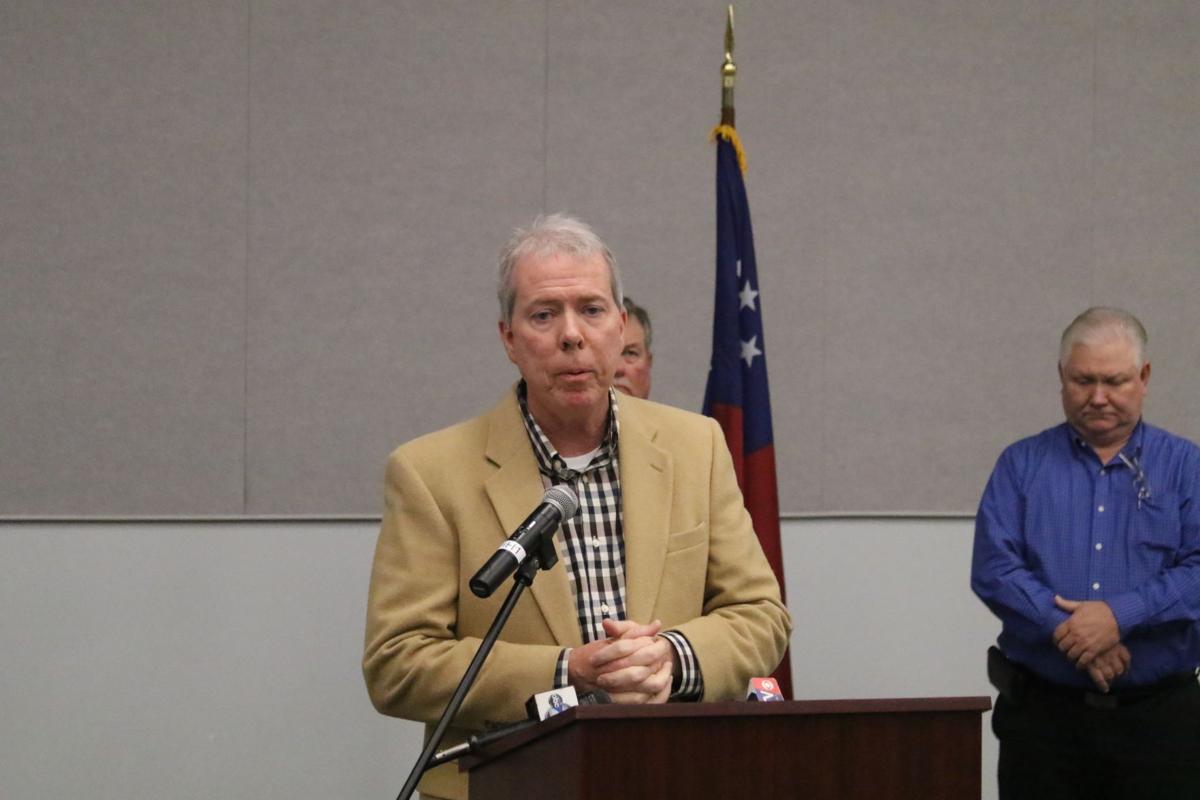 Lowndes County Commission Chairman Bill Slaughter, along with the mayors of the five cities in the county, declared a voluntary shelter-in-place order while practicing social distancing.

VALDOSTA – Lowndes County is under a voluntary shelter-in-place order.

Slaughter said the voluntary shelter-in-place mandate would continue for 14 days until noon April 6. It will be reevaluated at that time and adjusted as needed.

– A prohibition on public and private gatherings of 10 or more people.

– No worship services should be attended if it includes 10 or more people.

– Closing of gyms and fitness centers.

– Restaurants will still be allowed to offer curbside and deliveries under the current order.

There will be consequences to whoever violates the new orders, he confirmed.

"We'll use whatever resources are available to us at that point to bring cases against individuals that violate these orders," he said.

"It's a matter of common sense," Slaughter said. "With everything that's going on with this virus, it's important that every citizen needs to react as if the person standing next to you has the virus which means you definitely want to get away from them."

A mandatory shelter-in-place order remains possible in the future, according to Slaughter.