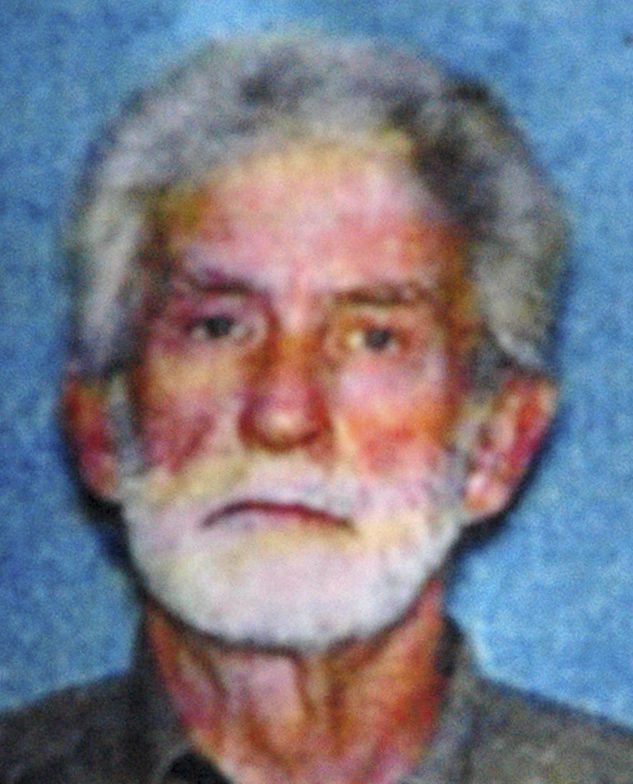 This photograph released by the Alabama Department of Public Safety shows Jimmy Lee Dykes, a 65-year-old retired truck driver officials identify as the suspect in a fatal shooting and hostage standoff in Midland City, Ala. 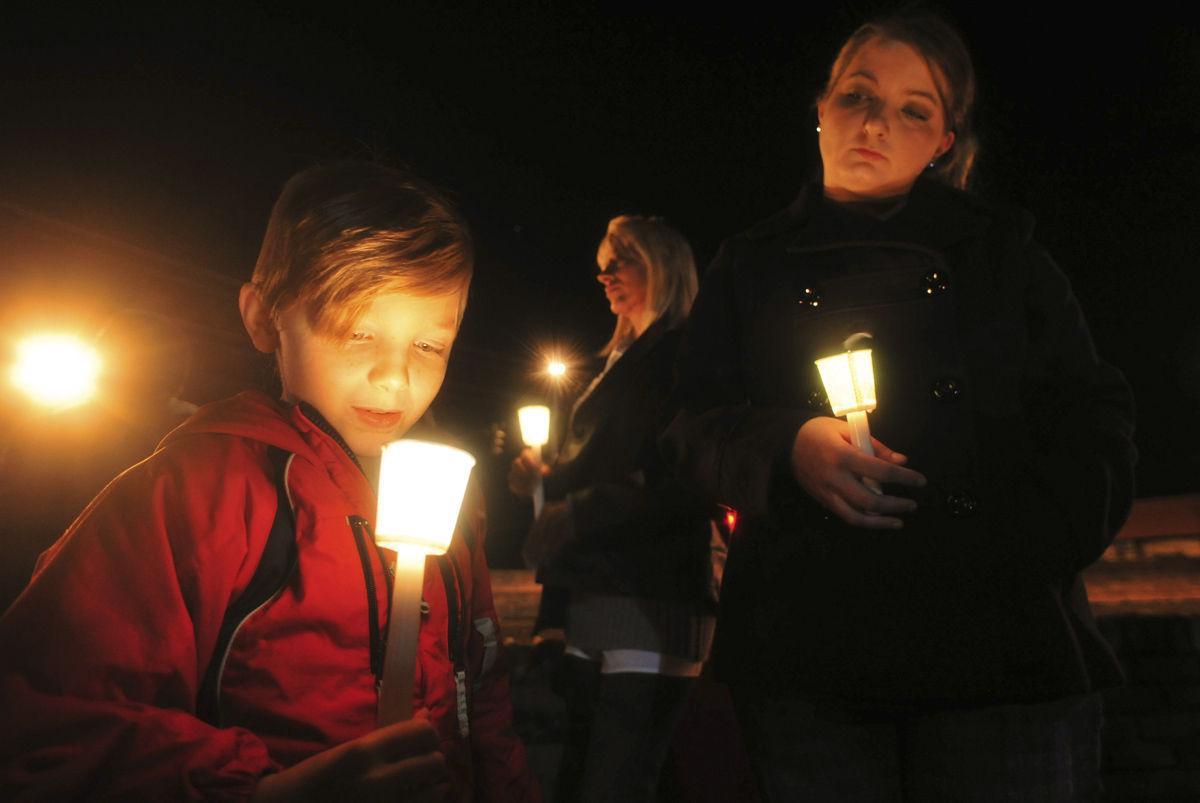 Cade Smith, 6, watches the flame of his candle burn as his mother, Brandi, looks on during a candle light vigil for the families involved in the ongoing hostage crisis Friday night, Feb. 1, 2013 in Midland City, Ala. The Smith family feels a connection to the autistic boy named Ethan being held hostage because their son, Cade, also has autism.

This photograph released by the Alabama Department of Public Safety shows Jimmy Lee Dykes, a 65-year-old retired truck driver officials identify as the suspect in a fatal shooting and hostage standoff in Midland City, Ala.

Cade Smith, 6, watches the flame of his candle burn as his mother, Brandi, looks on during a candle light vigil for the families involved in the ongoing hostage crisis Friday night, Feb. 1, 2013 in Midland City, Ala. The Smith family feels a connection to the autistic boy named Ethan being held hostage because their son, Cade, also has autism.

After four anxious days, only the slimmest of details has come to light in a police standoff with an Alabama man who is accused of holding a 5-year-old boy hostage in a bunker, a sign of just how delicate the negotiations are.

Police have used a ventilation pipe to the underground bunker to talk to the man and deliver the boy medication for his emotional disorders, but they have not revealed how often they are in touch or what the conversations have been about. And authorities waited until Friday — four days after the siege began — to confirm what was widely known in this age of instant communication: The man accused of killing a school bus driver and abducting the boy Tuesday was 65-year-old Jimmy Lee Dykes, a Vietnam-era veteran who was known to neighbors as a menacing figure.

While much of what is going on inside the bunker remains a mystery, local officials who have spoken to police or the boy’s family have described a small room with food, electricity and a TV. And while the boy has his medication, an official also said he has been crying for his parents.

Meanwhile, Midland City residents held out hope that the standoff would end safely and mourned for the slain bus driver and his family. Candlelight vigils have been held nightly at a gazebo in front of City Hall. Residents prayed, sang songs such as “Amazing Grace” and nailed homemade wooden crosses on the gazebo’s railings alongside signs that read: “We are praying for you.”

Former hostage negotiators said authorities must be cautious and patient as long as they are confident that the boy is unharmed. Ex-FBI hostage negotiator Clint Van Zandt advised against any drastic measures such as cutting the electricity or putting sleep gas inside the bunker because it could agitate Dykes.

The negotiator should try to ease Dykes’ anxieties over what will happen when the standoff ends, and refer to both the boy and Dykes by their first names, he said.

“I want to give him a reason to come out,” Van Zandt said, “and my reason is, ‘You didn’t mean that to happen. It was unintentional. It could have happened to anyone. It was an accident. People have accidents, Jimmy Lee. It’s not that big a thing. You and I can work that out.”’

Police seemed to be following that pattern. At a brief news conference to release a photo of Dykes, they brushed off any questions about possible charges.

“It’s way too early for that,” said Kevin Cook, a spokesman for the Alabama state troopers.

The shelter is about 4 feet underground, with about 6-by-8 feet of floor space and there is a PVC pipe that negotiators were speaking through.

One of Dykes’ next-door neighbors said he spent two or three months constructing the bunker, digging several feet into the ground and then building a structure of lumber and plywood, which he covered with sand and dirt.

Neighbor Michael Creel said Dykes put the plastic pipe underground from the bunker to the end of his driveway so he can hear if anyone drives up to his gate. When Dykes finished the shelter a year or so ago, he in invited Creel to see it and he did.

“He was bragging about it. He said, ‘Come check it out,” Creel said.

He said he believes Dykes’ goal with the standoff is a chance to publicize his political beliefs.

“I believe he wants to rant and rave about politics and government,” Creel said. “He’s very concerned about his property. He doesn’t want his stuff messed with.”

Midland City Mayor Virgil Skipper said he has been briefed by law enforcement agents and has visited with the boy’s parents.

“He’s crying for his parents,” he said. “They are holding up good. They are praying and asking all of us to pray with them.”

State Rep. Steve Clouse, who represents the Midland City area, said he visited the boy’s mother and she is “hanging on by a thread.” Clouse said the mother told him that the boy has Asperger’s syndrome as well as attention deficit hyperactivity disorder, or ADHD.

Dr. Nadine Kaslow, a family therapist and psychiatry professor at Emory University in Atlanta, said the boy’s emotional troubles might make things even more difficult for him.

“They have less way to make sense of things,” she said of children with Asperger’s and ADHD. “He may be less able to even interact with the person who’s holding him hostage than another child might be, and he’s less able, for example, to imagine friends that might be there waiting for him, to remember the good things, positive times. Also, he may be more likely to be frightened and overwhelmed and confused by the situation.”

The normally quiet red-clay road leading to the bunker was busy Friday with more than a dozen police cars and trucks, a fire truck, a helicopter, officers from multiple agencies and news media near Midland City, a town with a population of 2,300 that’s about 100 miles southeast of Montgomery.

Police vehicles have come and gone steadily for hours from the command post, a small church nearby.

Dykes was known around the neighborhood as a menacing figure who neighbors said once beat a dog to death with a lead pipe, threatened to shoot children for setting foot on his property and patrolled his yard at night with a flashlight and a firearm.

He was in the Navy from 1964 to 1969 and served some time in Japan, according to military records.

Authorities said Dykes boarded a stopped school bus filled with children on Tuesday afternoon and demanded two boys between 6 and 8 years old. When the driver tried to block his way, the gunman shot him several times and took the 5-year-old boy.

The bus driver, Charles Albert Poland Jr., 66, was hailed by locals as a hero who gave his life to protect the pupils on his bus.

Dykes had been scheduled to appear in court Wednesday to answer charges he shot at his neighbors in a dispute last month over a speed bump. Neighbor Claudia Davis said he yelled and fired shots at her and her family over damage Dykes claimed their pickup truck did to a makeshift speed bump in the dirt road. No one was hurt.

Davis’ son, James Davis Jr., believed Tuesday’s shooting was connected to the court date. “I believe he thought I was going to be in court and he was going to get more charges than the menacing, which he deserved, and he had a bunch of stuff to hide and that’s why he did it.”

Creel said his father and Dykes are friends. Creel said that after Dykes’ arrest, Dykes wrote a 2- to 3-page letter that at least in part addressed the menacing case and that he shared with Greg Creel.

Michael Creel said police on Friday took the copy of the letter from the Creels’ home. Reached for comment, Greg Creel confirmed the existence of the letter but declined further comment and said he was cooperating with police.

A neighbor directly across the street, Brock Parrish, said Dykes usually wore overalls and glasses and his posture was hunched-over. He said Dykes usually drove a run-down “creeper” van with some of the windows covered in aluminum foil.

Parrish often saw him digging in his yard, as if he were preparing to lay down a driveway or building foundation. He lived in a small camping trailer and patrolled his lawn at night, walking from corner to corner with a flashlight and a long gun. Parrish described the weapon as an assault rifle, while another neighbor said it was a shotgun. Michael Creel said Dykes has five weapons he knows of, but he’s not aware of him having an assault weapon. Authorities have not disclosed what firearms Dykes might have in his possession.