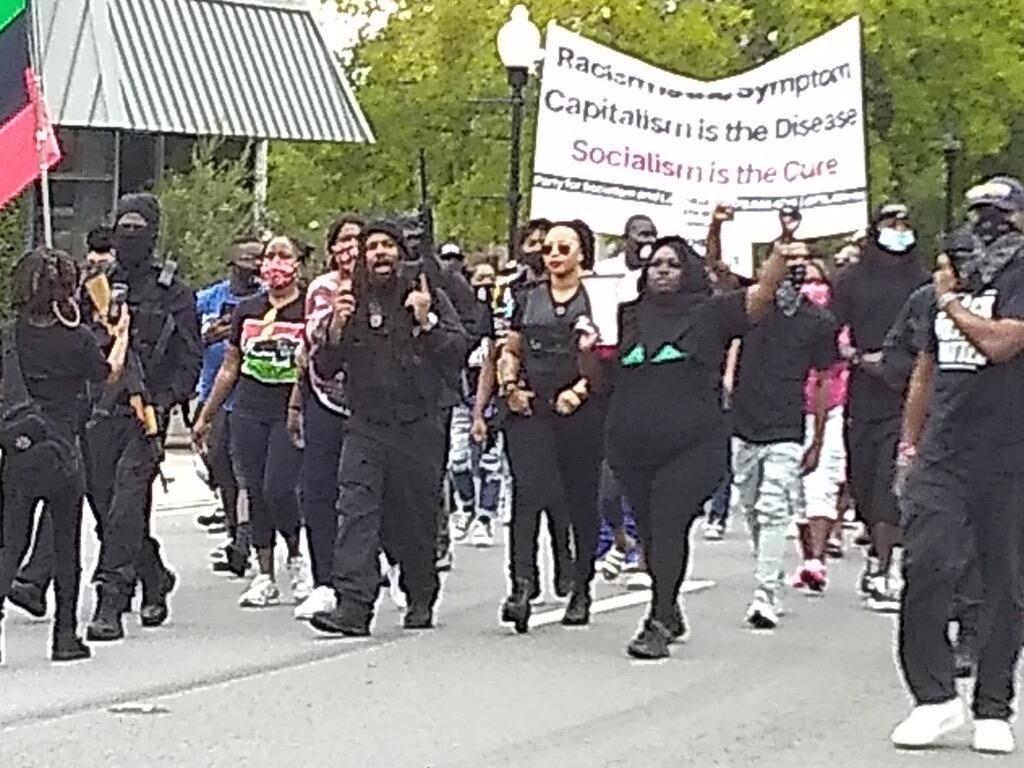 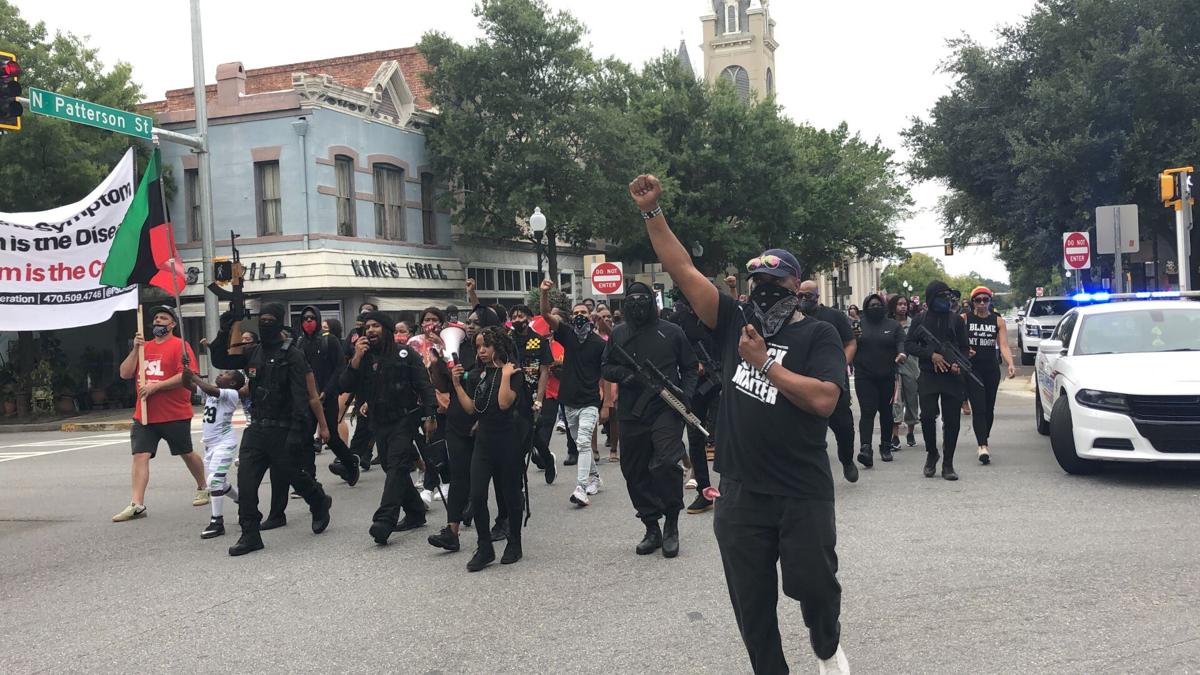 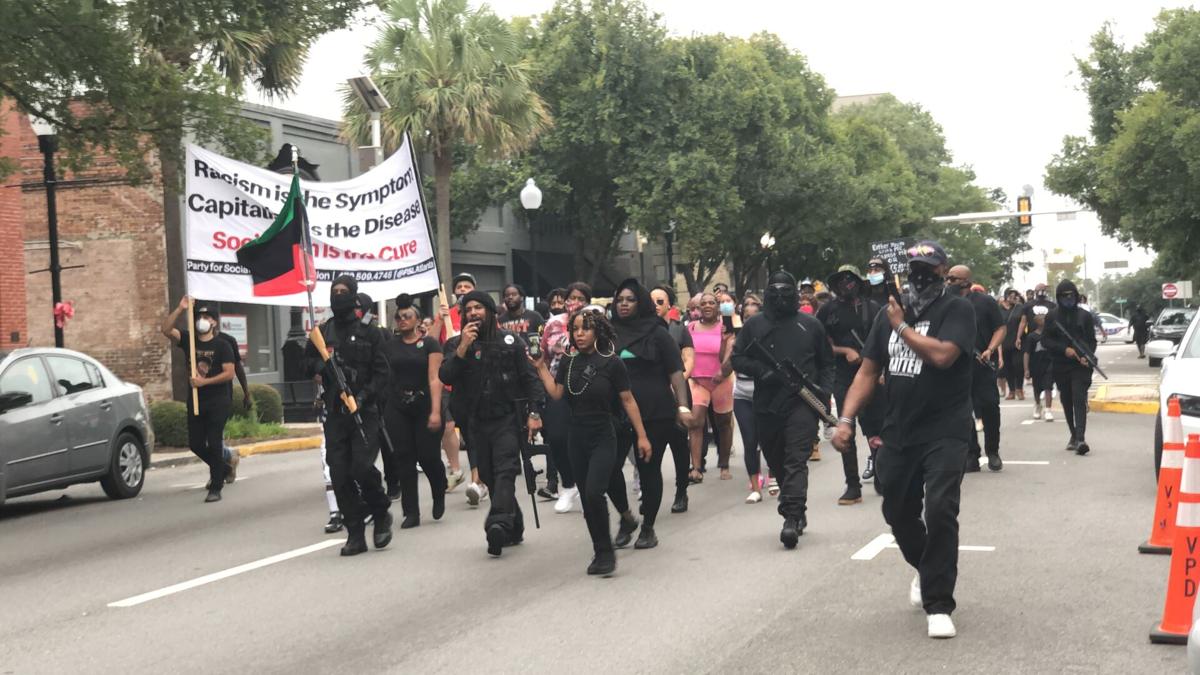 The group made two laps through downtown streets, chanting for justice and revolution. Some of the marchers were armed but the majority of marchers appeared to be unarmed.

The group also called for reparations and justice for Kendrick Johnson, a 17-year-old found dead in a vertically stored gym mat at Lowndes High School several years ago. State and federal investigations have concluded the teen's death was accidental while the Johnson family claim the teenager was killed and authorities have covered up a homicide.

Although social media was ablaze with comments regarding the event, only a handful of counter protesters showed up and no fights were instigated among the groups.

Organizers went through all the proper channels to obtain permits so they would be able to exercise their Second Amendment rights.

Valdosta police officers lined the streets of downtown for the duration of the event, which lasted from 5:30-7 p.m. Officers helped pedestrians cross streets, escorted march participants and kept an eye out for anything that could disrupt the peace.

Janine Morris and Dean Poling with The Valdosta Daily TImes contributed to this report.